Well it's 11:00 pm and I just finished sucking down a protein shake. I'm not man enough to drink those with out using the blender and some peanut butter yet (and a banana for texture). I shouldn't have anything but we just got home from the gym and I'm HUNGRY. Well I was, I'm good now.

Scott's walking around crying that I made his arms hurt already. No pain no gain baby!! Feel the burn!! 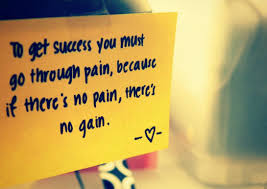 I was sure feeling the burn the day after that eight mile run. I was walking around like an old man. I'm still a little sore today but not too bad. It's a good thing I did a rest day yesterday. It wasn't really planned but I had a date with my friends to go to Sushi. We met up at my friend's house to have "drinks" but I just ended up having one shot of this sweet tea stuff she likes.

After that we went over to our favorite little sushi place. We were pretty adventurous this time and tried a couple new things. My friend Dee loves to try "something different". I did scale her back from the octopus though. That shit sounds scary. Instead we had this larger salmon piece on rice. It didn't really taste like much to me. Just mostly like rice? Weird. 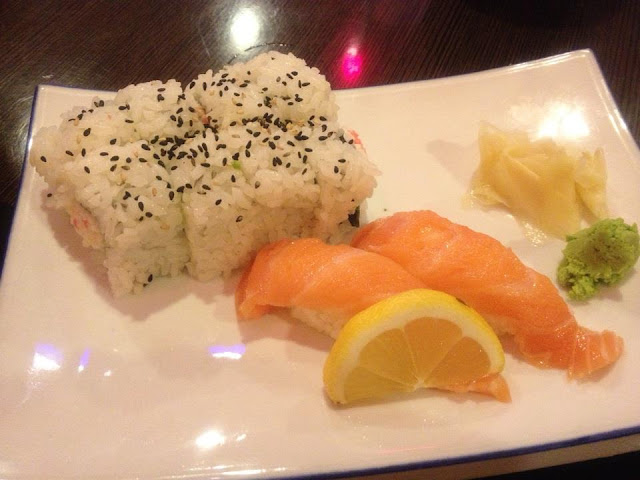 (and that's a California Roll, Carolyn's staple when we go) 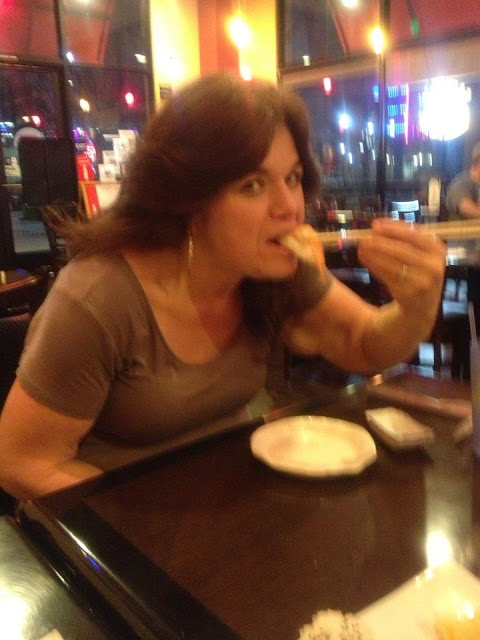 Dee going for the salmon thingy.

We got a Godzilla roll, which is kind of little and spicy but good. 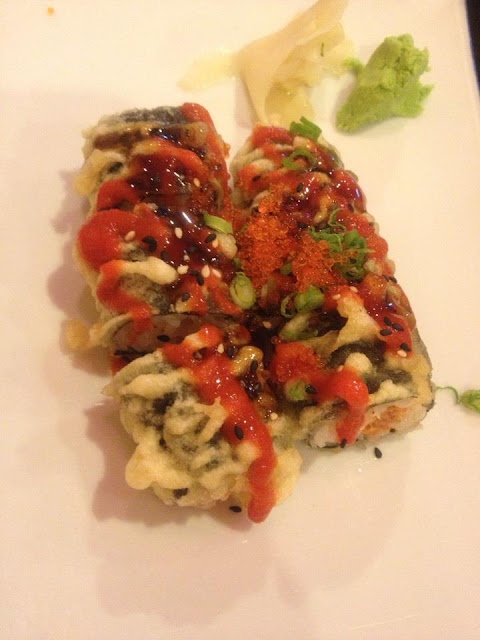 and some Saki to try. 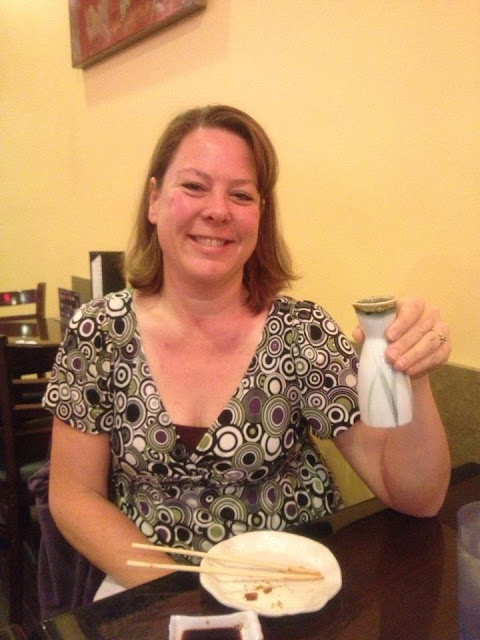 Umm that shit is disgusting. I didn't even finish my thimble sized cup of it. Bleh! (and my hair looks horrible!) Everyone is saying that it's good though so I think maybe that was just a "not good one".

We also got the Titanic which was a lot of raw fish and the Rock and Roll which somehow I don't have a picture of. 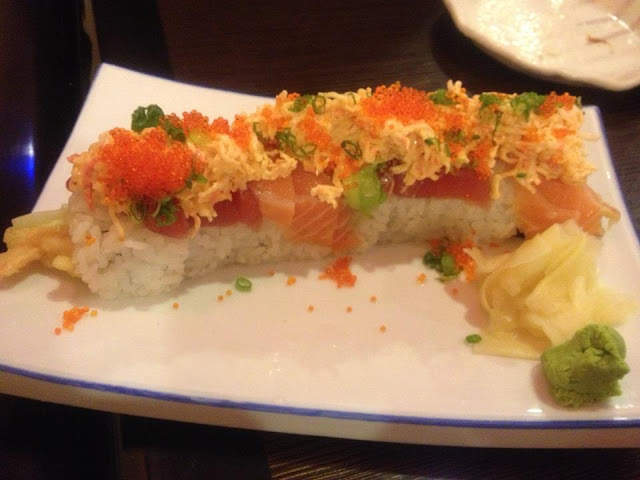 I was worried about Carolyn with all the raw ones but she ate them and liked them. The more we go the more adventurous we get!

After dinner we went back to Dee's house for "drinks" which turned into "coffee" for Carolyn and I since we both had to drive home (and sadly go to work today).