Good morning happy I'm all alone in the house day! This is the first day I have been alone since last Monday. Like a whole week Monday. Although I did have about three hours in the car yesterday.

We went camping up in Hermit Valley last week (Wednesday-Sunday) and it was like the worst camping trip ever. Everyone was fighting and the water was low and gross on the edge so people were complaining about that.

We borrowed some cots from my mom and it was horrible sleeping on it. Melissa came on Friday and brought a pump (ours broke while in use earlier in the week) and someone blew up an air mattress for me to use. OMG so much better. I am not a back sleeper and move around way too much for a cot.

I was ready to go home on Thursday haha. I think I am done camping for AWHILE. Ditto family trips. Why spend a bunch of money on a trip for everyone to be grouchy. I can just spend money on my OWN trip and have fun ;)

Jess brought this inflatable pool which was genius for the baby to play in with his toys. He is crawling now though so he kept escaping and trying to eat rocks and dirt. So hard with a little one who wants to crawl! 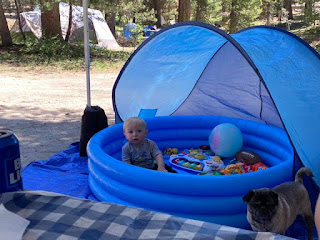 The dogs are done camping too. They are so spoiled haha. 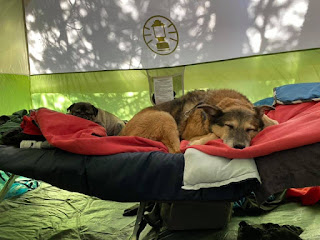 Baths in the box! This boy loves water, doesn't even care if it is cold. 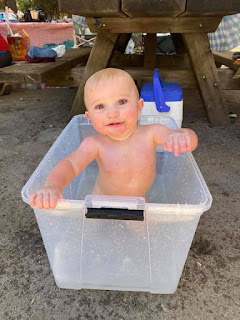 My friend Dee bought this little camping chair for the baby shower. I think it has been the most used item. The tray did break the last day which was sad but it was great having it. 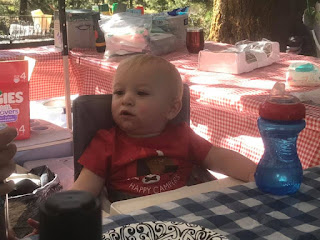 When we walked to the little "beach" that we like I put Snookie in Scott's backpack. She stayed in this Zen state the entire time haha. I remembered the last time we took her back there I had to carry her almost the whole way. This was much easier. I moved it to my back on the way back and she was equally as happy. 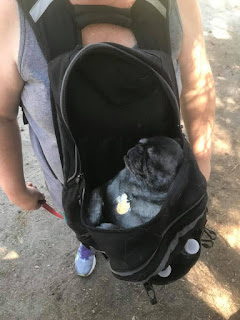 Having fun for 5 minutes ;) 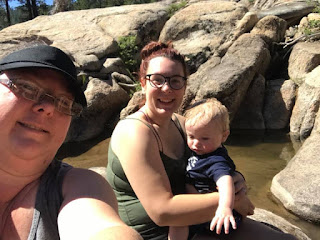 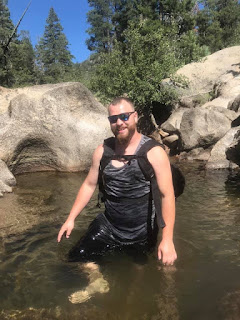 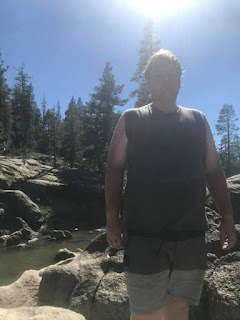 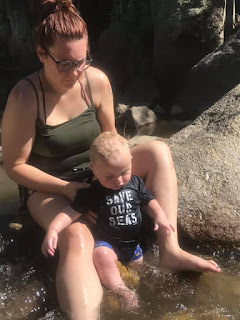 The edge of the water was like gross mud. Smelly too. First time it has ever been like that in all the years we've been camping here. 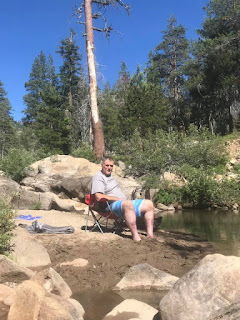 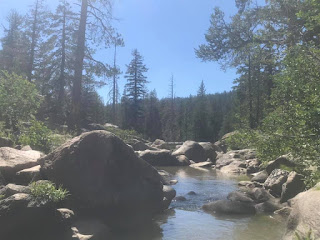 Snookie sunning herself after I got her wet 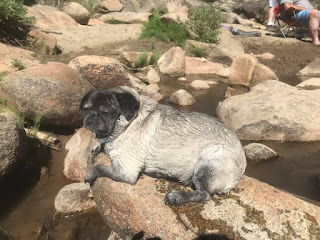 I took my folding wagon and that was another plus for the baby. 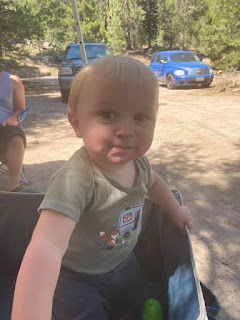 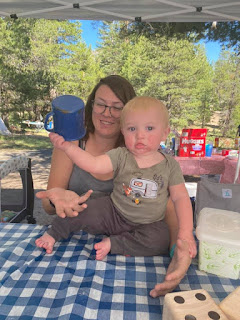 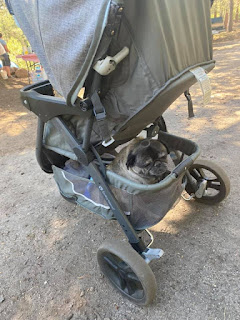 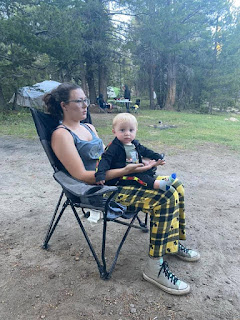 We went to Lake Alpine on Saturday (they cancelled the big bike ride that was supposed to have the road closed due to a fire up north) and played in the water a little. I mostly played on my phone since there was some service. Bad me but I was ready to check out haha. 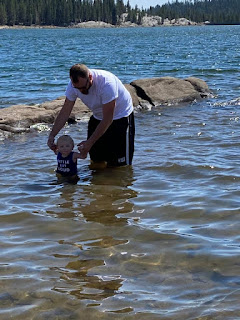 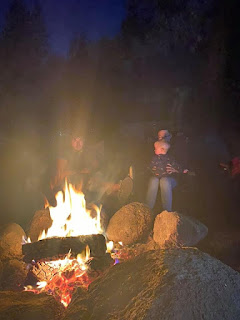 I came back to work yesterday to over 100 emails. My boss is on vacation now too. We still need to unload all the stuff in Trevor's truck since we were exhausted when we got home and then Scott went to work yesterday. It was like 900 degrees here yesterday too. I told myself I'd work on it when it got cooler but instead I was just a loaf on the couch. Gotta work on cleaning everything up and putting it away today!

Okay I have to admit that didn't sound like fun. Our last trip was bad too (camping) I think I need to win the lottery so I can stay in fancy hotels and get massages and room service and sit by the pool as the pool boy brings me cocktails. Wanna come?

Oh I love camping. We go to the North Shore of Minnesota (by Lake Superior) and do rustic camping in the state park. We bring everything but the kitchen sink as I love all the comforts of home. We all use an air mattress and have purchased the three room 2 min pop up tents which is a lot better than dealing with all the tent poles. Maybe you just need to try a new camping spot? We aren't good about actually camping as we go around to other lakes, area's to kayak and bike on logging remote roads and eat out in town with a few picnics. We do love to have a camp cooked breakfast of pancakes, hashbrowns and bacon. I don't know why everything tastes better when cooked outdoors? Have you ever tried Hipcamping? It's where you camp on other peoples property, like on farms, wineries, by rivers, lakes etc..? Great way to camp and not in a camp ground and able to stay in different locations around the United States.

Love your photos. I hear you with bringing the kids. We just do whatever they want. We are there to work while they enjoy. lol..

@Peg, I'm going to Reno on Sunday I might just stay in bed for a day haha

@Lorraine, I actually usually like going camping but my family were being aholes.