Hello happy I'm almost out of shopping days Thursday night. What's what's the bad thing about being a procrastinator? You might get sick on your days you planned on doing things.
Monday Melissa came over and we worked on cookies. Jess came and helped a bit with Lilly too.
Melissa finally getting the hang of the spritz cookies herself! 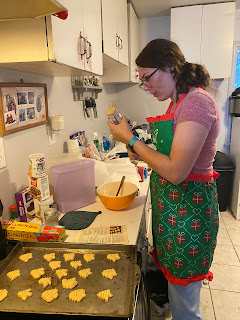 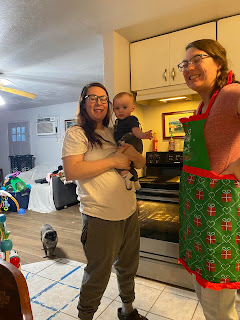 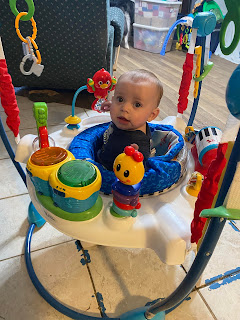 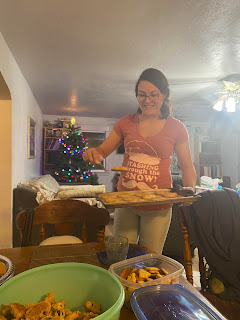 We made, spritz, peanut butter, snickerdoodles, pinwheel, oatmeal raisin (for Scott) and Mrs. Fields as we call them. 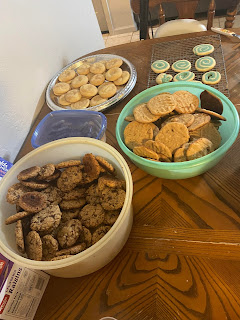 We got done around 9:00pm so that was about a record.
Tuesday I worked from home because Trevor was running a fever and I was sure I was going to be sick soon. Jess called me exhausted and asked if I could please watch the kids so she could sleep. They apparently like to party all night long. Hopefully the virus they had a couple weeks ago is the same as what we have. 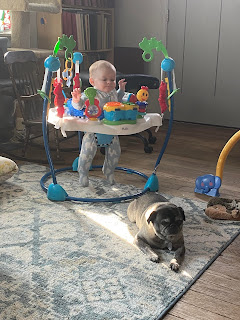 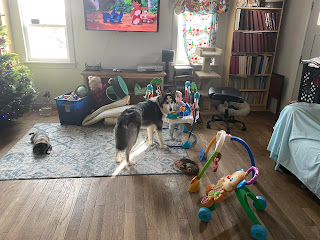 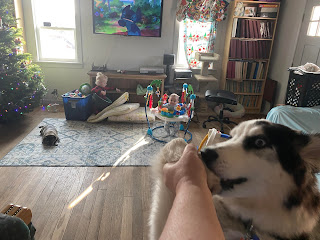 He took the truck ornaments off the tree and would put them on the table or the tv bookcase thing depending on what room he was in. 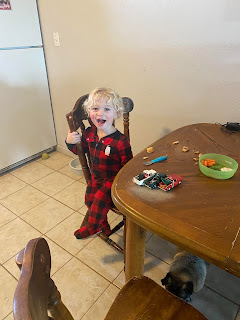 she's all about the cat nap 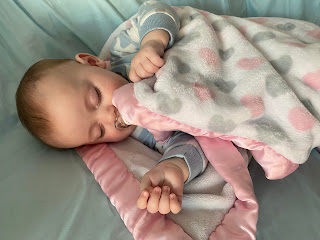 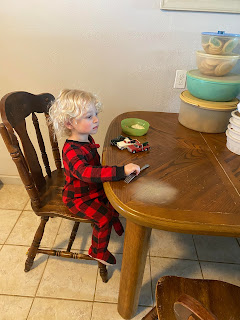 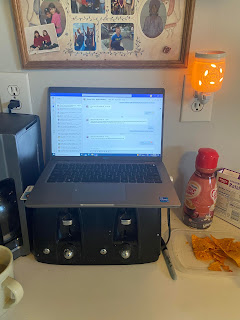 and then not too long after they left I was sick. Ugh. Spent the last 2 days in bed. 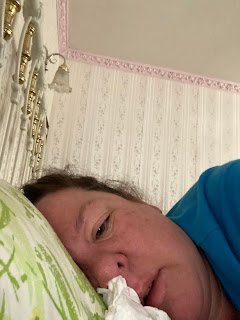 At one point Trevor came in and asked me if I was alive yesterday lol. I feel a lot better today but oddly had a low fever this afternoon. I got up at one point and did a load of laundry and the dishes then went back to bed. Now I'm up again. We'll see if I can stay up now. I think I am going to wrap some presents.
The "caroling" train for the kids just went by when I was taking the dogs out. No one was singing though. They need to work on that. It's went from caroling to riding around with Christmas music playing. The kids need to learn the songs lol.
Tomorrow I'm supposed to have darts. We'll see what I sound like in the morning. I might have to get a sub. I am going to have to go out and get a few more presents on Christmas Eve I think. Good thing I don't have any plans that day.
Pin It
Posted by Julie H at 6:10 PM

With all the kids it is difficult not to get sick. They are walking cootie machines. :-)
Merry Christmas Julie!
Those cookies look fabulous!!

@Peg, I used to make my neighbor the flourless pb cookies have you ever made them?