I'm procrastinating (what I'm not sure, dishes? probably) so hey great time for a blog post! Tomorrow is Trevor's 16th birthday. Good God my kids are so old! Honestly he seems older than that to me so it's not like it's shocking. He has to wait until June to go for his license so we still have a little bit of time before my insurance goes through the roof even more than it already is. 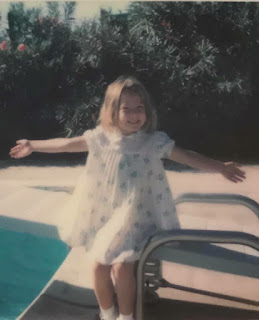 So here's a few pictures from my birthday that I never posted. We went to Famous Dave's and got the family dinner that they serve on the garbage can lid. Love that meal! Also we had nachos for an appetizer. Nachos I love Nachos!


Mom brought me a German chocolate cake. I think I ate the whole thing myself over the week. 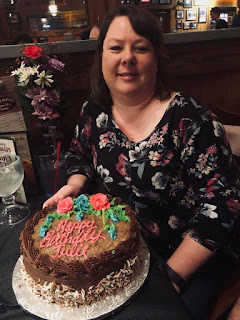 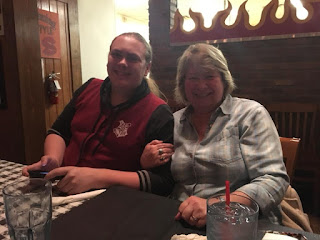 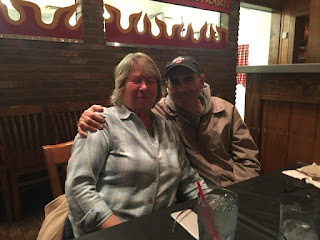 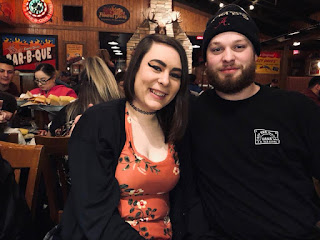 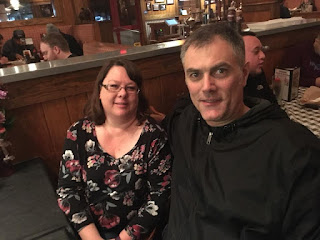 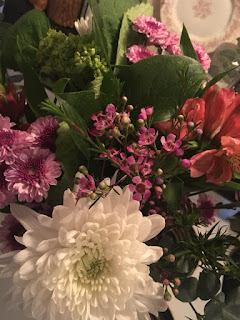 and we didn't know if my mom was getting me a cake so she got me a cake too. I was so full after dinner I didn't eat any of this one and never did have any of it since I was busy oinking out on the other one haha. 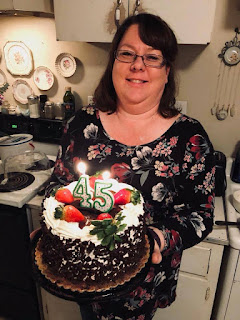 Melissa came over after dinner since she had to work. We were going to go hang out at the bar but for some reason they closed early so I just went to bed. Happy 45 haha.

I'm 45 today. I'd complain I'm old but I know the 3 or so people that read this are actually older than me so I won't. Although yesterday someone was talking about early retirement at 57 and I was like OMG I'll be a senior citizen (some places) in 10 years. That's f*cking crazy lol.

Yesterday I contemplated quitting my job because it's so freaking boring. Sadly we need the insurance (and the money) so that's not really an option. Unless we get Covered California or something. Might be time to start looking again. Sitting there doing nothing all day makes me feel like I'm wasting my life.

After work my friend took me out to dinner at Sizzler. Yum Yum. I ate about a million calories. Although the only thing that was really unhealthy was the apple crisp with ice cream for dessert.  Later last night we went in the hot tub at the house she is pet/house sitting at. This is Gypsy, she is so sweet. She also protects everyone from animals on the TV lol. It's funny but probably not if you lived with her! 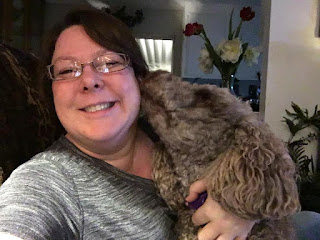 Today I'm off work since I always take my birthday off. One year I didn't and it was shitty so I always take a vacation day on my birthday lol. Planning on Famous Dave's for dinner with the family although Melissa has to work so she won't be there. Ok off to read some blogs. I had to get up to take Trevor to the bus so I'm too awake to go back to bed. Have a good day!

Trevor and I are home today with stomach aches. Pretty sure mine is just diet related, hoping his is too. It's so cold today I just want to stay in bed but my bedroom is really cold so maybe not!

Last weekend Scott went on a guys trip to Colorado to hang out and watch the Superbowl. Which meant I had a quiet weekend haha. I spent most of it sewing with the exception of Saturday night. Every year my mom has a "girls night" which turned into more of a cousin's night this year. We watched the movie Oceans 8 which was an ok movie but afterwards I kept thinking why are we celebrating people getting away with crimes? Mom made us dinner (meatloaf) and I didn't even fall asleep during the movie. Oh and Trevor drove me there and back on the freeway for the first time which is frightening by itself but it also started raining. He did pretty good though.

I only took a couple pictures, here's Jess with baby Joey (Melissa and Eric in the background). Little Joey only wants his mama lol 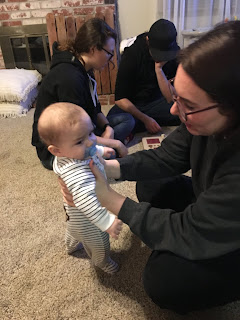 When we got home someone had accidentally turned off the pilot light so I had to figure out how to light it. I ended up Face Timing with Scott and just when I had almost given up it lit. One more thing I can do on my own now lol. Our heater is from the dark ages and the we turn it off and on manually with the knob Scott made when the old one fell apart. It's only for a few months of the year so it doesn't seem worth it to buy a new one. When I'm like 80 maybe we'll get central heat and air lol. 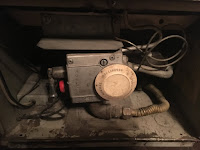 While I was sewing all weekend I watched the show Russian Doll on Netflix. What a weird show! I had to keep watching it though to find out what was going to happen. 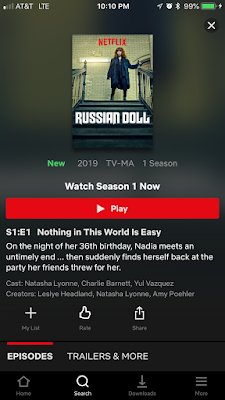 And what did I sew? I finished up the 52 mug cozies I had been working on for a couple weeks. Lots of dog and cat cozies in this group, they have been added to my Etsy Store 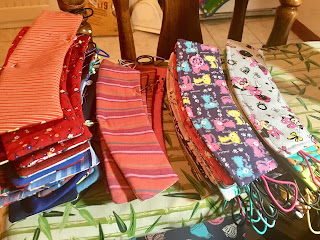 Then I made up the 27 special order mug cozies for a customer. I think they are for a retreat of some sort. 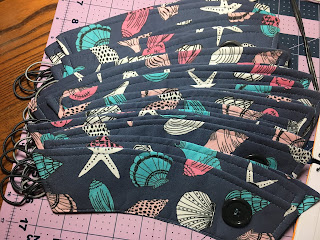 And then I  made 3 bags for my friend's boys to put their Pokemon cards in. 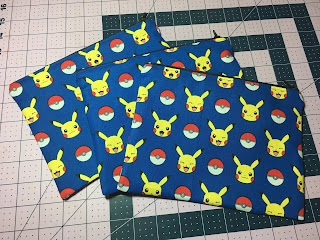 I'm tired of mug cozies now so I'm going to make some wine bags. So far I cut out a ton of them and got the interfacing I had on hand cut til I ran out. I need to match up some lining fabric now. I think I'll just make up the amount I had interfacing for since I cut out a lot and I know I'll get sick of making them before I get them all finished. I will just stick what's left to make up in a box and go back to them when I'm ready. 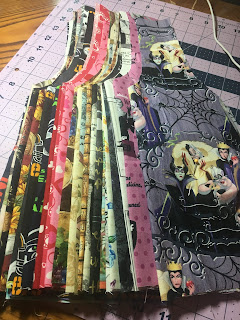 Scott took some mug cozies to give to the hosts for the party he went to. He cracks me up that he paid me for them. 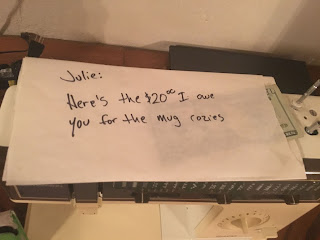 I was supposed to do a show last Saturday but it got moved to this Saturday. I'm hoping it doesn't end up raining all day. The rain keeps coming in and out of the forecast.

ETA here are a couple pictures from my friend's Granddaughter's birthday. This is Adalie's party 1/26/19 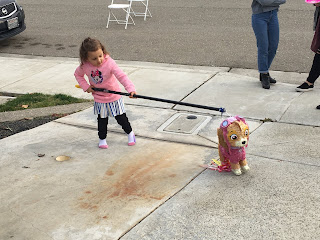 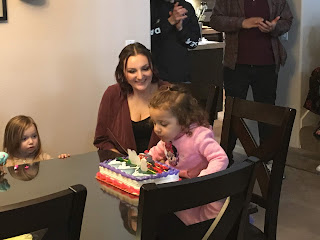