So I ended up working 9 hours today. Freaking crazy for this 6 hours and I'm out the door girl. We are having a big "invasive species" thing at work tomorrow and someone decided to wait until the last day to make 70 copies EACH of about 200 different papers. Guess who got to run the copier all day? Took me until almost 5:00 to get it all done. It will be a miracle if the copy machine doesn't revolt and die tomorrow since it was nice enough to work all day for me.

Got home and sat there dreading going to the grocery store. I told Scott you can go to the store or do the laundry and for some reason he picked the store. Ok works for me but I had to make a detailed list and only had to talk to him 3 times on the phone :O) I'm still scared to see how much he spent. I also haven't went searching to see if he bought any ice cream or candy. I could really go for some ice cream lol.

So all the random clean laundry is put away, time to go to bed and read a few pages of my book (N is for Noose by Sue Grafton).Pin It
Posted by Julie H at 9:47 PM 2 comments:

Today Scott and I went and met up with my online friend Stacey and her husband. We have been talking online for about 8 years! Last year I went to Georgia and stayed with their family for a few days. They are here in California for her husband's grandmother's funeral in Napa. We met up in Old Sacramento and had a nice time walking around and then had dinner at Joe's Crab Shack. That was the first time I had ever eaten there. We sat outside overlooking the river. I think the sun was blinding them a bit but at least they had sunglasses. I didn't quite get the whole having the waitresses dance around every so often. Seemed like they had enough to do without having to pause for a dance routine. The food was pretty good but I'd probably try another restaurant next time we go there. Here's a picture of Stacey and I while we were waiting for a table. 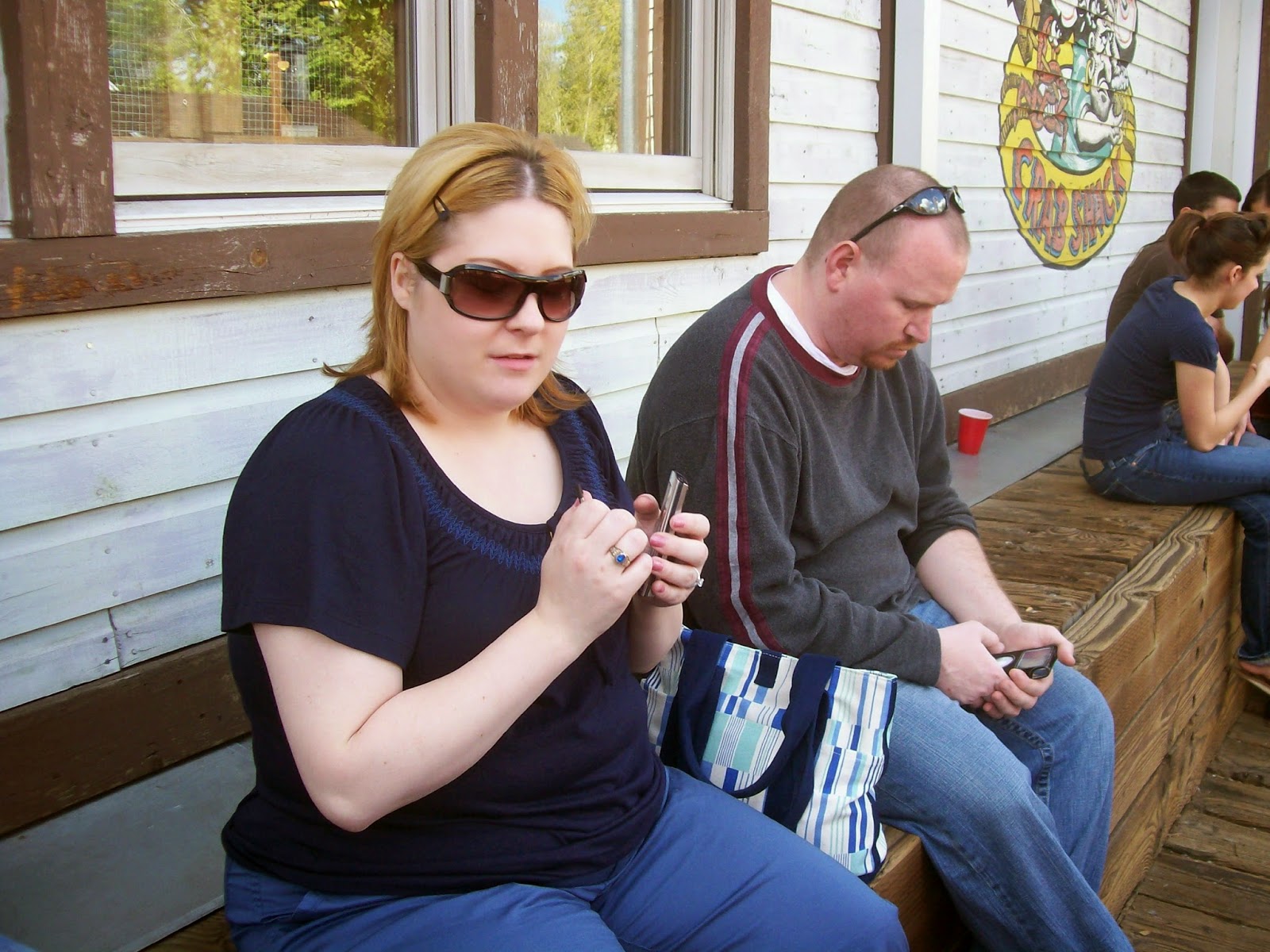 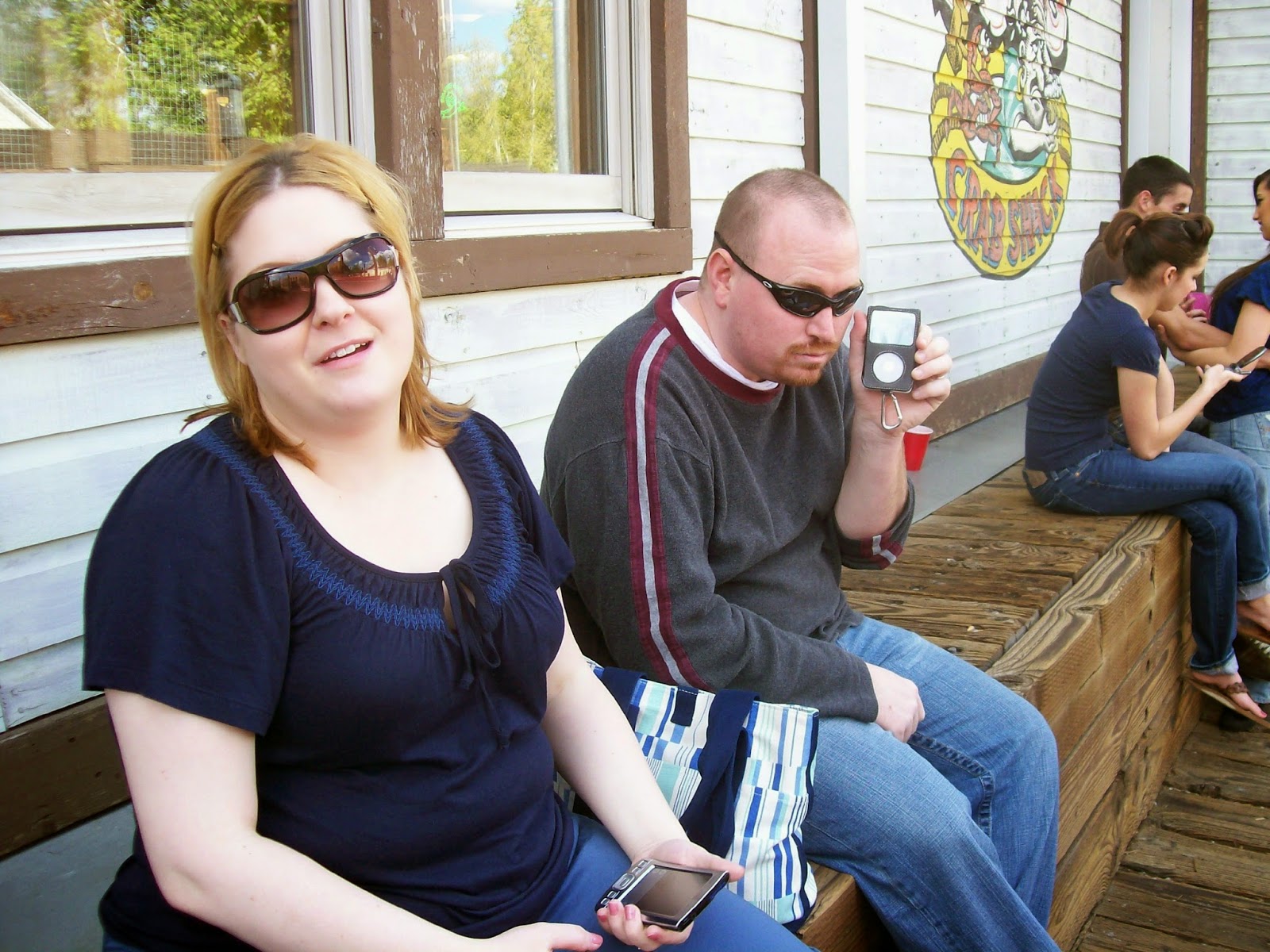 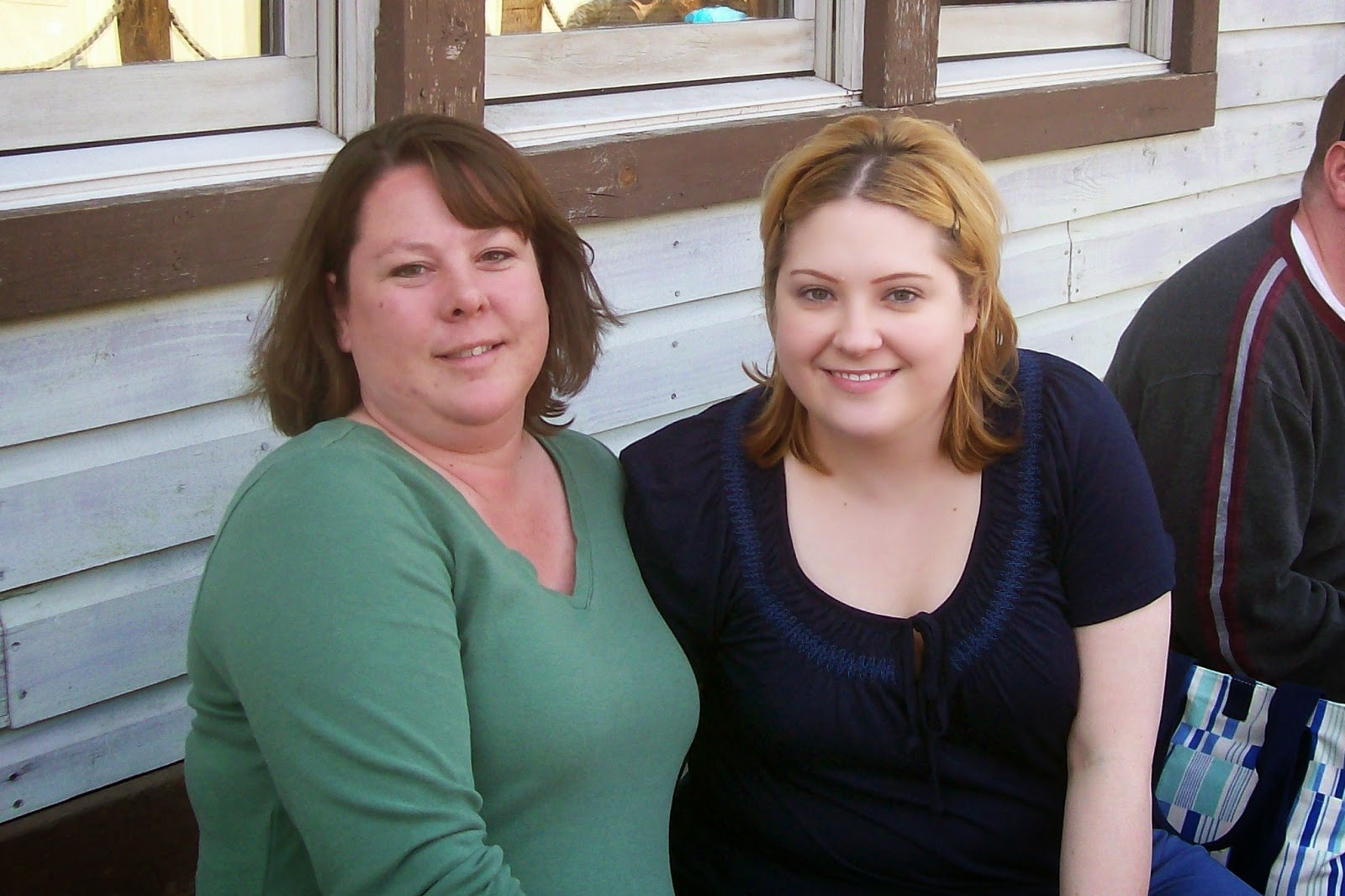 I really hate my hair cut, it looks so crappy in this picture. I could also use a bit of lypo on my neck. Sheesh.Pin It
Posted by Julie H at 9:28 PM No comments:

Not that you missed me hehe. Not that anyone probably reads this!

Today was a nice day. We got up and went and got our gate keys for the new gate they are putting in where I live. We are soon to be a "gated" community. Guess I should go find me a Mercedes to drive now. Hopefully the gate isn't too much of a PITA to get in and out of the club and helps cut down on all our unwanted visitors we have out here.

After getting the gate keys we went to the girls' softball games. It was of course FREEZING. I swear it's so cold on that field! They both had a game at the same time today so Scott was with Melissa since he helps coach her team and Trevor and I watched Jessica's game. They lost AGAIN. I actually thought they might win this one until the ONE pitcher they have had to be replaced because the coach is an idot and pitched her all 4 innings they are aloud to pitch in a row. Her replacement pitched to 2 girls and then.. decided she didn't want to pitch anymore?? So Jessica, who was playing catcher had to pitch. Of course she was instantly stressed out. She had a horrible time and of course it was an unlimited inning so the other team got 8 runs off her time up there on the pitcher's mound. Poor kid, I felt so bad for her. Melissa's team on the other hand, won their game. We went to Applebees for lunch.

We came home and I went over and visited with mom for a little while and then the girls and I went back to town to watch Tony's game. OMG 5 year olds playing baseball is just the cutest things!!

Don't you agree that he is just adorable?? After the game he gave Melissa a big hug lol

We have been spending so much time with him lately it really feels odd when he isn't with us. Guess he has to spend SOME time with his mom and dad??Pin It
Posted by Julie H at 10:36 PM No comments: