So I'm sitting here pouting because my husband was grouchy and I asked him "WHY" he was being grouchy and he told me I was "making him that way". Ok I'll make sure and not comment on how weird that music is on that tv show you are watching EVER again...Didn't know that that was so annoying that he had to lash out at me. Nice.

In other news we FINALLY got to the store today to pick up some halloween costumes. Trevor didn't have to go with us since he decided to be a dead baseball player. Which is awesome since all I had to buy was some make up so his sister can make him "dead". Melissa picked out a sexy pirate that will become unsexy when she puts a shirt and pants under it. Jessica wants to be a fairy so she picked out some pretty wings and we ended up going over to Wal Mart and getting some netting to make a tu-tu. It only took about 15 minutes to get it cut since the poor woman that was working by herself in the photo department was also the one they were having cut fabric. Can you imagine having that stress? After we got home I spent about an hour sewing the netting into a tu-tu. Then it was too big so I got to take part of it apart so we could tighten up the elastic. After it was fitting better I handed it over and she took the scissors to it and made it nice and short and crooked. I'm trying not to care.. 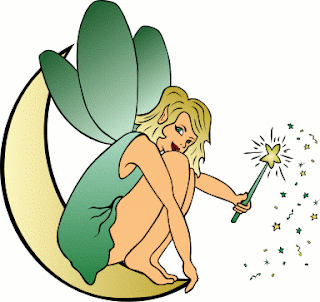 At work today the little boss girl asked me to help her out a little bit. Helping her out was more like me doing most of the work while she A. went to the bathroom, B. went back in to get some stakes, C. went back in to get MORE stakes. By the time she was done screwing around I had put almost all the little boxes on the plants (about 80). My butt was butter and I was ready to go home!! (We were putting those orange juice boxes on them to try to deter the rabbits from eating them. After all that work the gophers and rabbits have stole about 5 plants)

When I got home I layed down for 2.1 seconds before it was time to get back up and go pick up Jessica. After I got back I just stayed outside working in the yard a bit. I moved a bush that I've wanted to move for quite some time, did some weeding and then ended up in the back yard at the vegetable garden pulling out burmuda grass and about 100 little strawberry plants. I can't believe how much those spread! They look really nice but I only got ONE strawberry. I need to read up some more on them but I'm thinking the main reason was that they weren't getting enough sun with those big stalks of corn planted on the other side. I'm still trying to decide if I am keeping some in the ground or taking them all out. Have you ever grown strawberries?

Well tomorrow they are supposed to come replace my windshield while I'm at work. Let's hope that I don't get a new rock chip on the way home!

I have grown strawberries... they love the sun... and you need to keep them off the dirt? You cover the dirt with black polyethene or something like that and the leaves and friut don't get dirty.
I got lots of fruit. So maybe your's didn't get enough sun? Water?
Shame about the tutu.. kids eh? *sigh*

Everytime I go to get fabric at Joann, there is one poor person cutting all the fabric by herself. I'm glad I don't have that kind of stress!