Tuesday I went with Trevor on his field trip to Del' Osso Farms in Lathrop.
We've went here just about every year with one kid or another.
Last year it apparently killed my ass. (and he's wearing the same shirt I just noticed!).
The year before it was really fucking hot like this year
(and wow 8 comments that year, I think I'm losing more commenters than gaining lately!?!)
So let's start off with the huge tire pile.
Yep, same pile as the last 2 years.
But I didn't really worry about anyone falling off this time.
"Sure go climb the tires,
I'll wait over here in the shade" 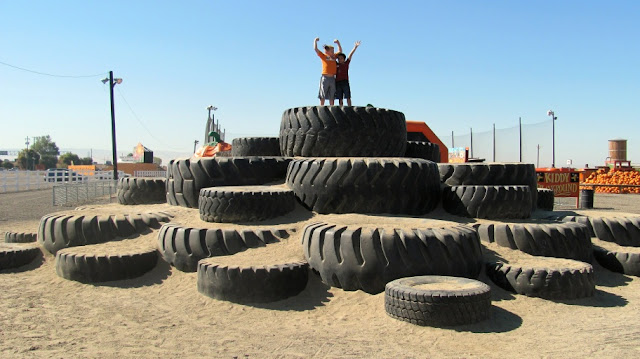 OOOOoooo this year they are big enough for the BIG BIKES!!
Woohoo he's been waiting forever for these!
"Go ahead, go ride again honey!
I'll just wait over here in the shade" 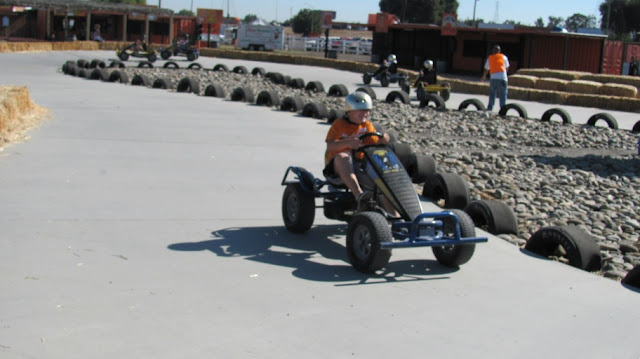 He started off saying he wasn't going to go in the petting zoo area.
Then we bought some feed,
went in and somehow he ended up in the petting area.
Did I mention he's petrified of the animals?
Probably from almost being killed by the goats for the last few years.
"ahhhhhhh get away!!!!" 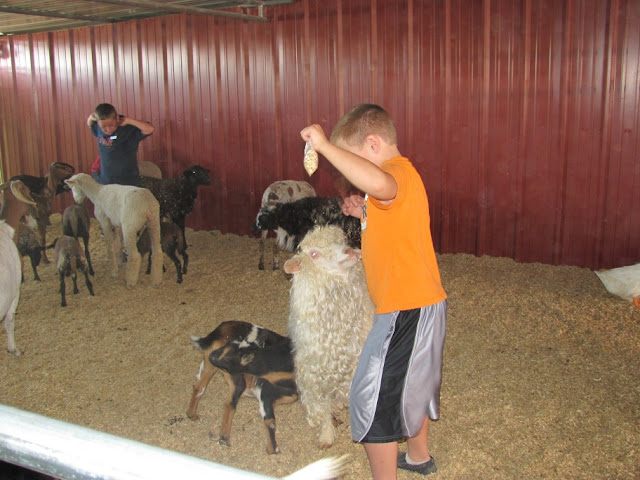 "much better on this side of the fence" 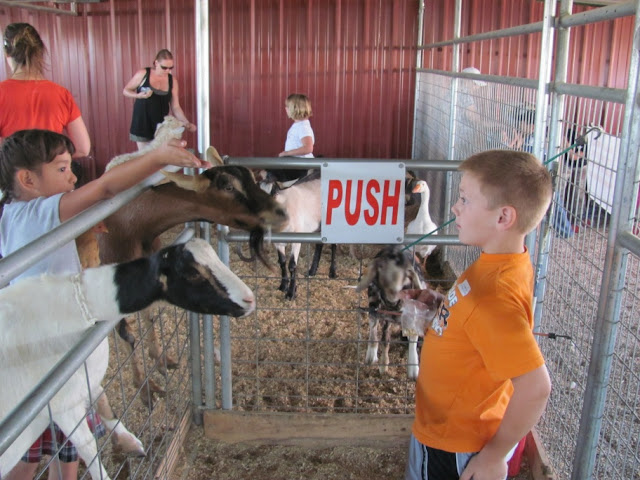 This year they had something new.
A "Scarecrow Ride" where you went through the maze
on these bleacher type seats and saw all the scarecrows people,
usually kids like girl scout troops made. 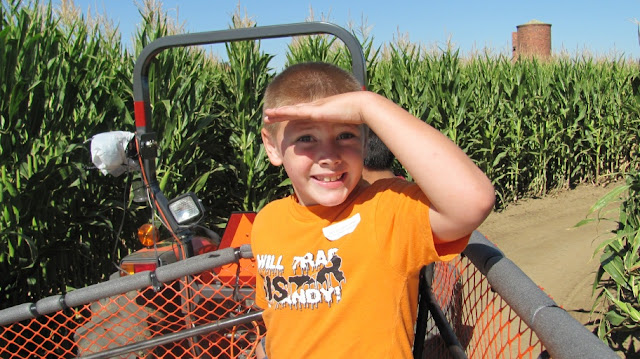 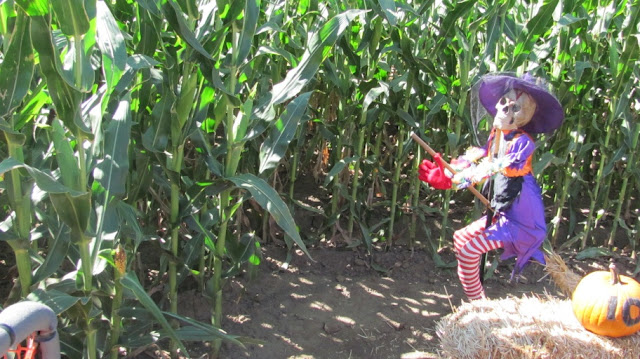 Can't forget the stick your head in the hole boards! 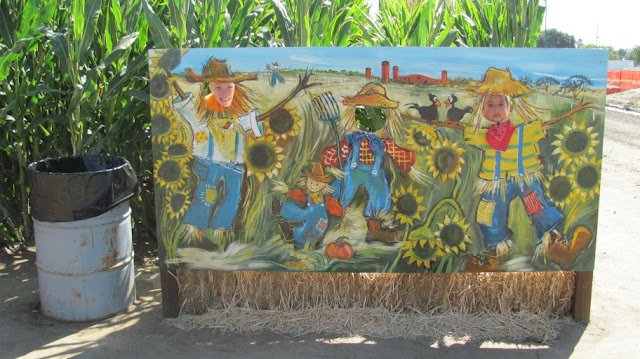 Then we went on another tram thing that went around the one area.
It wasn't narrated, they've exchanged the old farmer type guys
for young teenager-early 20's guys.
So now they just drive and don't tell you that those silo things
are full of bats.
But I already know that anyways.
They added this last year for their winter thing,
it's a big huge snow slide
(after the pumpkins die and they make fake snow/ice).
We didn't make it there last year but maybe this year. 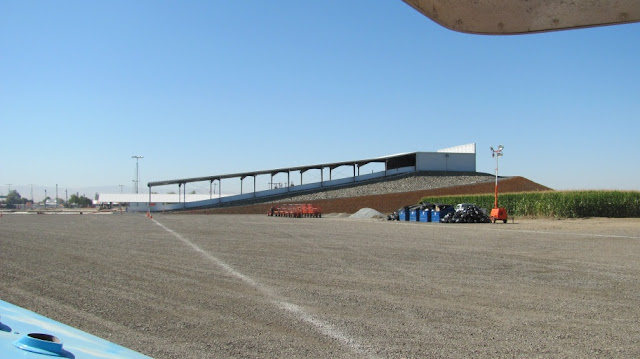 And that concludes my last field trip to the pumpkin patch!!
2nd grade is the last year they go.
Oh so sad.
But not really!
Pin It
Posted by Julie H at 5:02 PM

I wish I had it together enough to go to a pumpkin patch. We go out to my inlaws and while fun for the kids, is kind of LAME-O for me. Mostly because I hate nature and such and their garden is in the middle of the woods. Gross.

I'm such a bad mom I NEVER go on field trips with my kids. Ever. :)

those tires are awesome! though shade would be good as well!