Good morning, sadly it is Sunday already and will be Monday again before we know it lol.
Friday I went in to work and worked hard all day. My new work computer came but I didn't have time to get it set up. I was worried some of the stuff I would need wouldn't be on it so figured I'd do it later. It is stuffed under my work desk for now.
I spent most of the day answering questions from the one gal who works there, I'll call her Gail. Gail has worked there like 30 years and CANNOT remember how to do anything. I swear it's like dealing with Scott's mom all day long. I know I was probably getting a bit short with her by the end of the day but GD get it together woman. Of course when we aren't talking about work stuff she is the nicest person ever which makes me feel bad but sheesh.
I got the blinding sun for a few minutes, I haven't had that in awhile. It is so nice to be back at my real desk where I have all my papers organized in drawers. 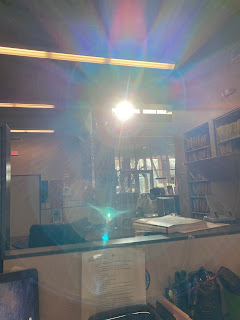 I stayed a bit later at work and Melissa picked us up dinner from Panda Express. We ate that at darts. We won three out of seven games so not too horrible. It was fun. Trevor went home after and Melissa and I hung out at the bar and I caught up with my friend Lupe's sister Cindy.
Saturday I slept in a bit and then had to go to the twins birthday party. I took Daniel with me so his mom could take a nap lol. OMG did I feel like I needed a nap after. My brother's house has so many stairs which are fine for an adult but for a little one who can kind of navigate them but might also kill themselves on them it was exhausting. When you first walk in the door you go up 3. A few steps in and there are the stairs to go upstairs which he would try to go up but I kept saying NO! Then a little farther are 3 really steep stairs down to the other room that leads to outside. At one point we went outside and I closed the slider so he couldn't get back in so we were all on one level lol.
Crazy these kids are eight already. 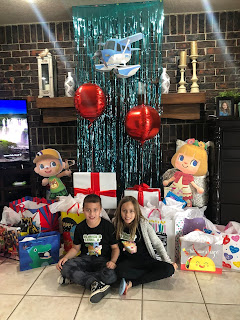 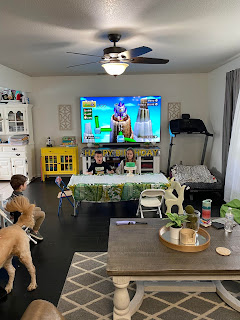 This boy loves to swim, I know he was like ooooo lol 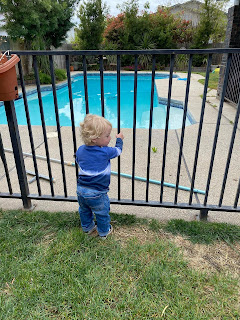 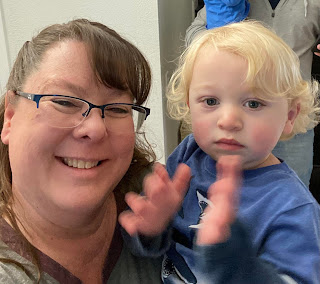 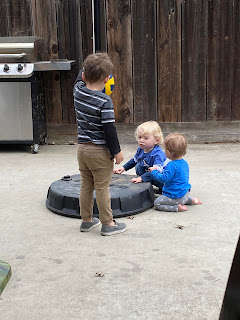 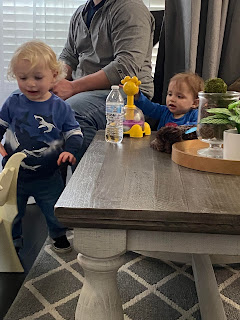 The kids were having fun playing Mario on the huge TV 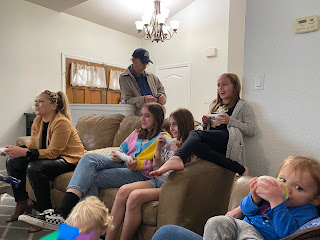 After I got home and took the little one home I drove to work and picked up my personal computer charger that I left on accident. I took the big monitors I had at home back to the office (ahhh the space I have now) and had thrown that in the bag thinking it went to it.
When I got home I worked on putting my cozies onto the little cards with labels to change up my organization/display. I got all the sports ones done, just have to put them in the little plastic bags now. I'm kind of excited that I won't have to keep cleaning them off with the tape rollers all the time. We'll see how well they sell being displayed differently. It will work better for if I want to make a basket with clearance ones too. Some I have had forever and just need to go.
I updated my pictures for these on Etsy. They look so much nicer. Loving the app that takes out the backgrounds. 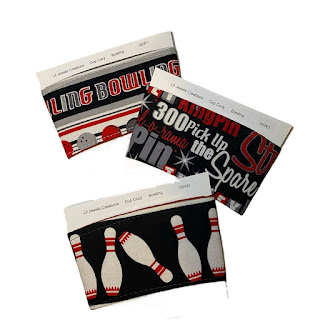 Today's plan is to maybe work on doing more of those and/or do some more work on my cars/trucks project. Might have to fit in a round of cleaning there too. I had thought about trying to mow today but it is super windy outside so that's a no for that. It is going to be a jungle out there soon. Going to have to try and bribe Trevor to mow when he's off I think.
Pin It
Posted by Julie H at 9:32 AM