Hello! Today was our first day back in the office in 26 months. Crazy. Just like a bicycle right back to how it used to be. Well minus customers coming in, I don't think we had any all day. Eventually word will get out that we are open and I'll have to get the counter a lot more. I actually made it in early today since I was exhausted yesterday and had a migraine when after I laid down for a bit. I think I went to bed at like 7:30.

I have a bunch of days to post but I'll just start where I left off! Thursday night Trevor and I went over to my brother Joe's for pizza for my dad's birthday.

I almost went to the wrong house. Glad I realized I was a few over lol. I was like hey Trevor look it's a Thing! Then I second guessed myself and had to ask Scott was it was called. I was right. 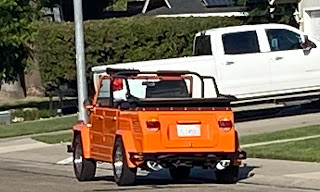 Trevor was having a conversation with little Joe. He's almost 4. he's went from barely talking to talking up a storm. 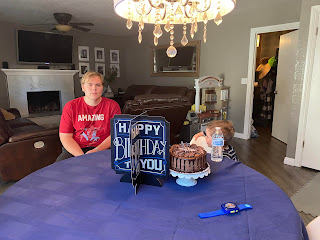 Stella has filled out finally, she's 4 months younger than little Daniel but looks like a year younger. Daniel definitely got the larger genes like Scott and Trevor. 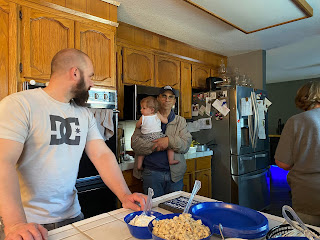 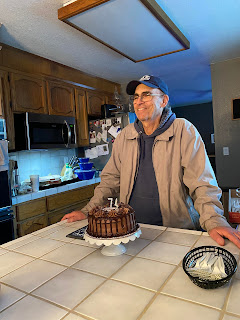 My brother Louie came too but I guess I didn't take any pictures after we first got there.  We stayed until after 9 and had a nice time hanging out. Trevor was having fun with Adrian and Tony. The three of them get along well.
Now for a couple back to work stories! OMG the toilet paper is horrendous at work. It's one step up from sand paper. I'm tempted to bring a roll of mine to work with me and take it with me when I need to go lol. Then when you're done the paper towel dispenser won't actually give you any paper towels. I don't know why we can't just have a dispenser without batteries that die but you can't change without a janitor key.
One of my coworker's ring tone is a quacking duck. That's going to get old REAL quick. Luckily it just had a few quacky phone calls today.
The boss in the other department has been out on maternity leave since February. Berkeley mom's been doing part of her job I think. Today the bigger boss was in the office and she started crying a bit. I felt sad for her. Her mom has dementia and she's been taking care of her plus doing all that for work. She's got to be so tired. I was glad there was the cube wall between us :( They should have went into an office to talk.
Later one of the newer girls was like my computer just went blank everything is gone! Eventually they found out she never did her security training so they pulled the plug on her access lol. She was doing it when I left. I swear you get like 15 emails reminding you to do that. I usually do them right away so I don't have to deal with them.
I went to the teriyaki bowl place for lunch. I parked next to this car that had a shade screen on it and there was a guy sitting in it when I got out of my car. I came back to my car reeking like pot. I guess I know what he was doing. In the restaurant they were only taking cash so luckily I had my $100 bill stashed in my wallet. It threw me off though and I forgot to order egg rolls. Darn it! That was the main event haha.
So that was today's work excitement. What will tomorrow bring?
Pin It
Posted by Julie H at 5:45 PM

Labels: back to work, Dad's Birthday

The "Thing" I forgot about that. Good memory Julie.
Quaking duck? Oh yes that would get to me. Pretend you are bugs bunny and kill that duck!