Hello happy Monday! I got off work 4 hours early today and went and did some shopping for the baby shower. I spent a bunch of money but now I look at the bags and it doesn't look like I bought anything haha. Mostly got stuff to make some decorations out of, some plates and that kind of stuff. Just need to go get a roll of that table cloth stuff from the party store and get the food now I think. And make the stuff up.
Last night I worked on making a quilt top for the new baby. I've had these cat and dog panels forever. I took a picture last night of what I had so far and now I'm trying to decide how to cut it up to make it better. Or leave it how it is and just add borders on the sides. Decisions decisions. Probably going to cut it up some more. 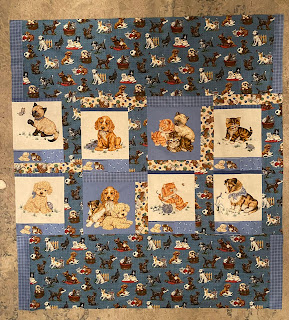 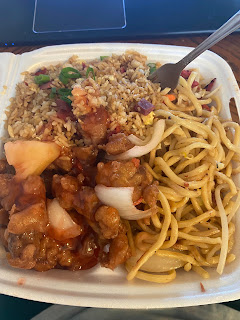 I found the Dollar Tree that has the craft section today. Lots of fun stuff but some girl came to restock stuff while I was looking and was in the way so I moved  on. The mermaid fabric is for the baby shower. 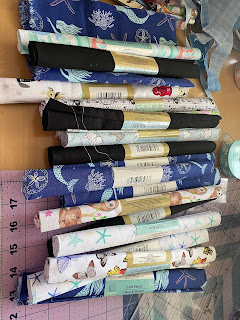 Check out what you can get at Wal Mart now, your 70's closet back. They had no carts so I had to carry my stuff around (mostly went to get a new coffee pot since I broke my carafe this morning) and then they only had two actual checkers open so I went to the self check out since my arms were going to fall off from all the crap I found to buy. I ended up buying a replacement carafe which of course is not the correct size so now I have to take it back and just buy a coffee pot like I should have done in the first place. 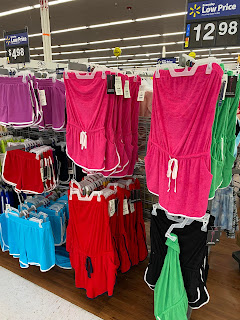 I took my tables and tent over to Jessica's house for this weekend. They were still floating around in the car so I wanted to take them out. Hung out for awhile and took Snookie with me. Sheba is only a tiny bit afraid of her but ready to attack her if need be haha. Daniel was watching Snookie pant and then started panting too, it was too cute.
Pretty Sheba 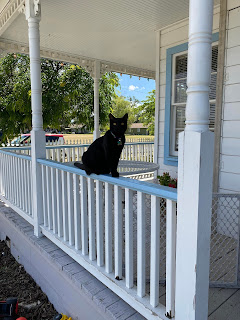 Finally took my thrift store buys from last week out yesterday and snapped a picture to share. Got a bunch of patterns to maybe sell/maybe use and fabric type stuff. I used that glass water bottle today and it is really heavy. I was thinking it would be good to take water for work since we don't have a water machine anymore. I drank it on the way today since I didn't have any coffee haha. 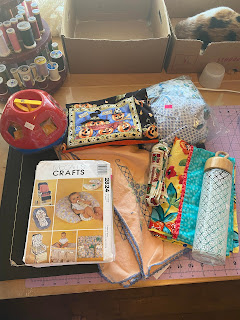 Scott came over to finish cleaning up the yard and now he's chilling in the living room. He said he doesn't want to go back to his mom's. Yes I understand. Totally.
Ok off to cut up this quilt haha.
Pin It
Posted by Julie H at 6:20 PM