Friday morning I got up and then went out for a run. I'm still doing the runstreak and I didn't want to mess it up! I didn't know where anything was so I just went out about 1/2 a mile and then turned around and came back. BUT I missed the street, which luckily is a circle of sorts so I just caught it on the other end.

I was expecting it to be really hot and humid but it was actually nice. There was a light breeze the whole time we were there. This is down the road that I ran on every day. That's tobacco field by the big trees. There is a lot of tobacco fields and soybean fields around where they live. 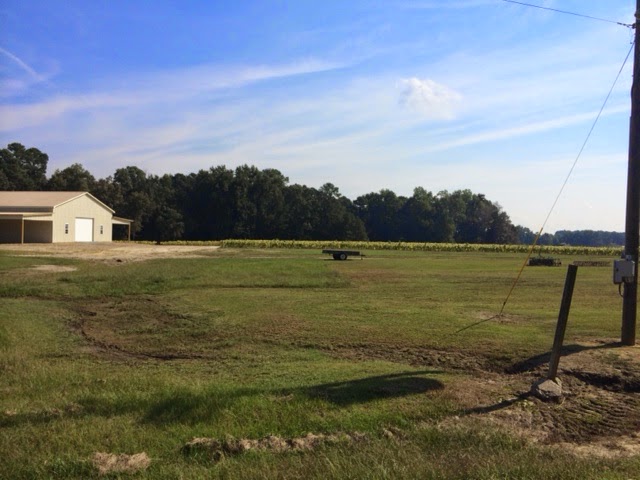 After we had some breakfast we took the dogs to the dog park. We were there kind of early on a Friday so there was only this one other dog there for Jessica's dogs to play with. 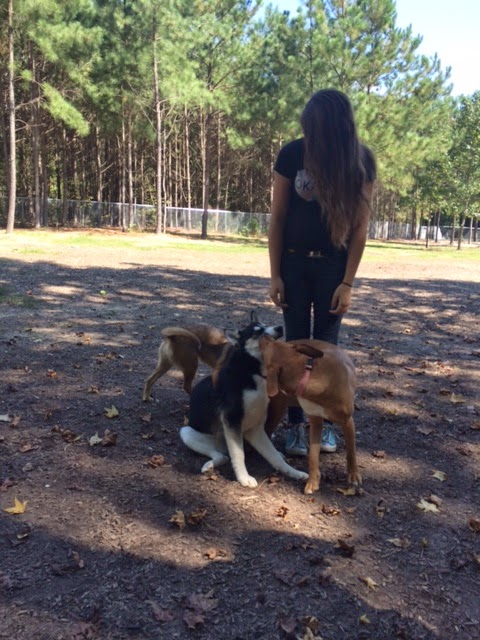 (hers are the 2 on the left). It's a nice park and I guess the dogs have a lot of fun running around and playing.
My favorite picture from my whole trip, my two girls together. 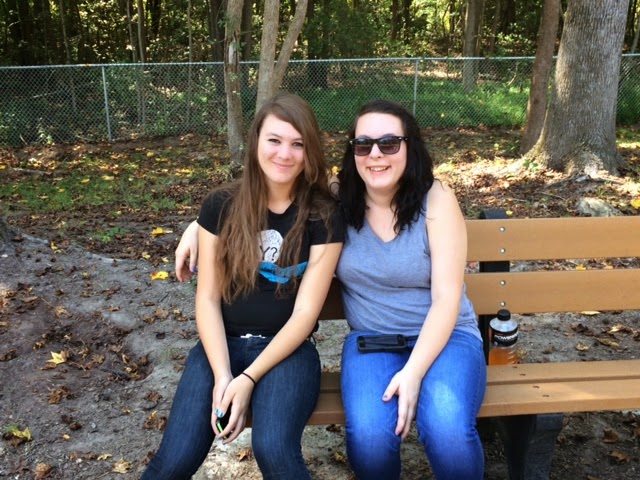 We didn't stay too long since there wasn't any other dogs to play with and we wanted to go to a museum. Jess found one for us to go check out and BONUS it was free to get into.

We drove to Raleigh to the North Carolina Museum of Natural Sciences. Since it was the first Friday of the month they were open until pretty late, I think it was like 9:00. We got there around 2 or so. It was pretty cool. I thought the whale bones they had hanging from the ceiling were amazing. They had a bunch of different ones. I was wondering what they were and then I found this sign upstairs. Pretty cool. 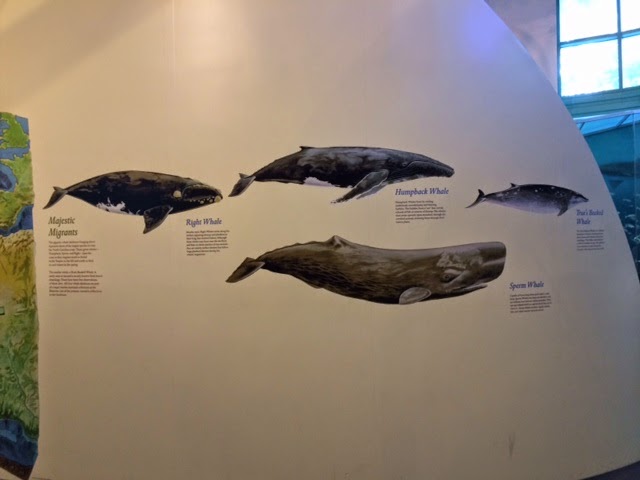 They had a big bug exhibit (gross) 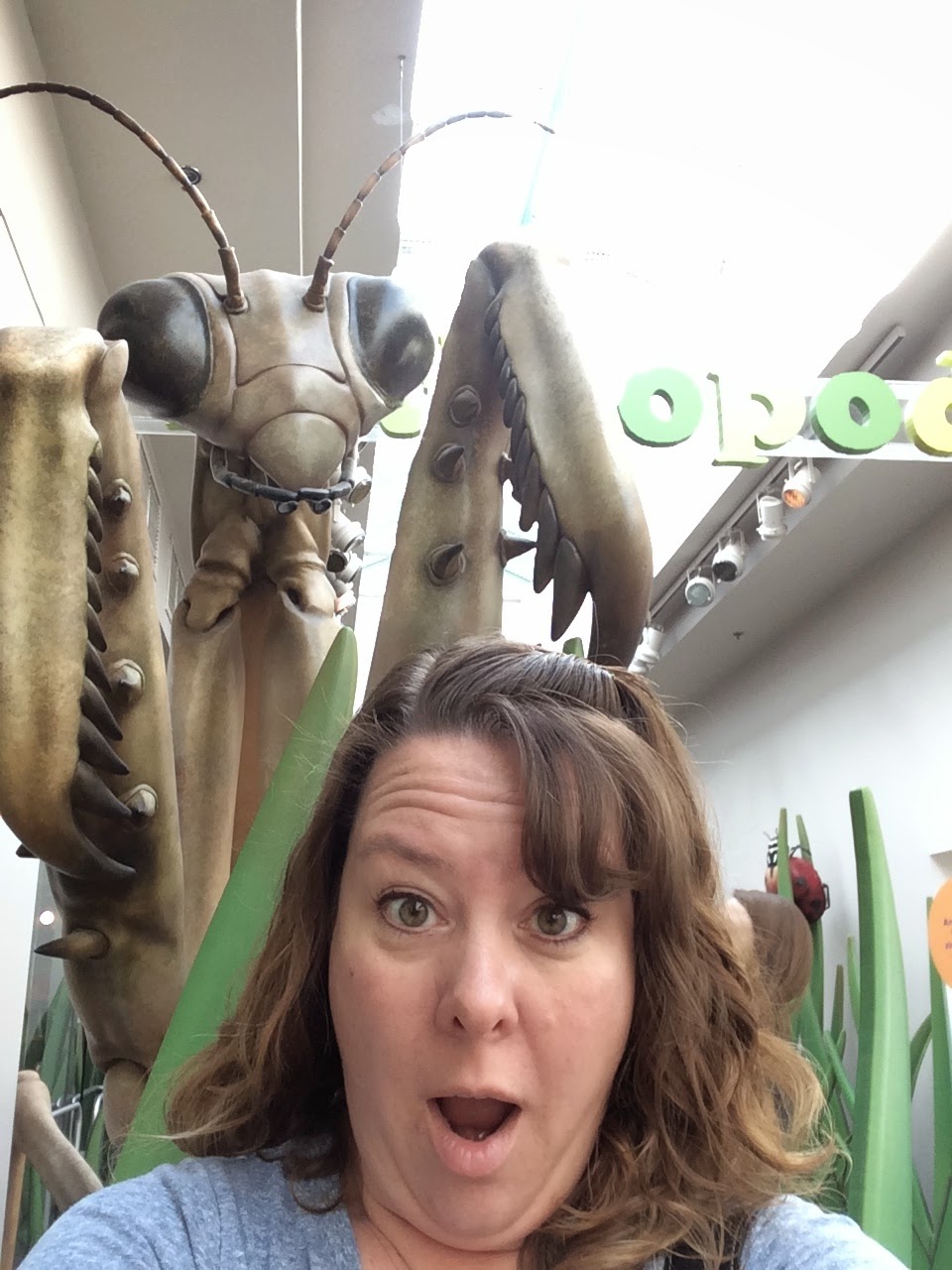 and a lot of other really cool things. They had a butterfly exhibit but it was closed (at 3) and the "special" exhibits they have were inbetween specials so we missed out on the really big dinosaurs. Not to be confused with the "regular" dinosaurs, which were pretty cool too. 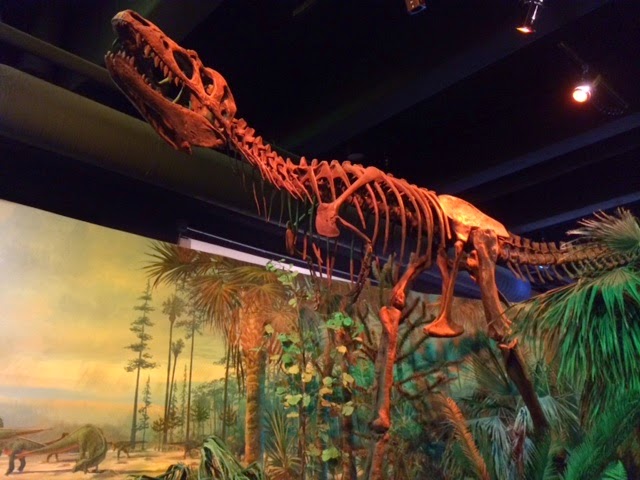 This sand art was outside. Kind of a weird "picture". 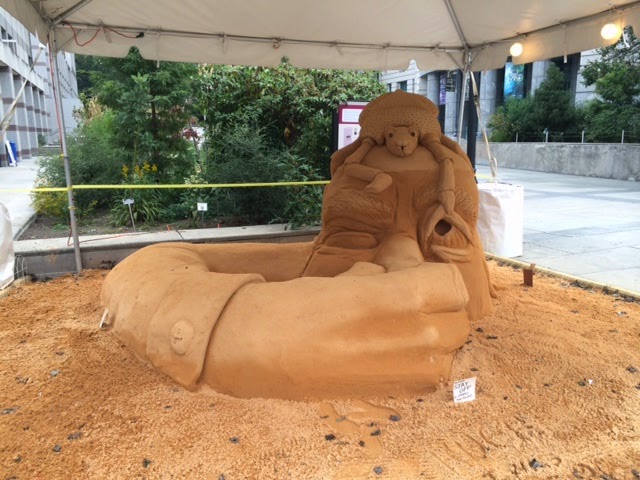 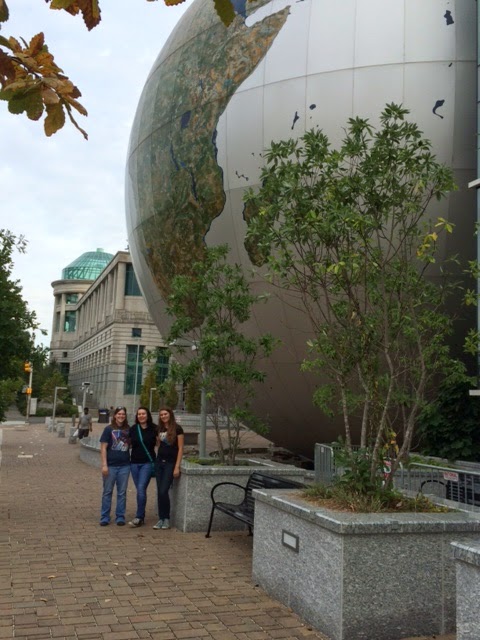 On the way home we stopped to eat Dinner at Logan's Roadhouse, which is just like Texas Roadhouse here. I was good and got a salad but I also ate some of the yummy warm bread and had a drink so I think that cancelled out the healthy ;)
We stopped at the grocery store after that and picked up some groceries. Came back and just chilled out in the living room. 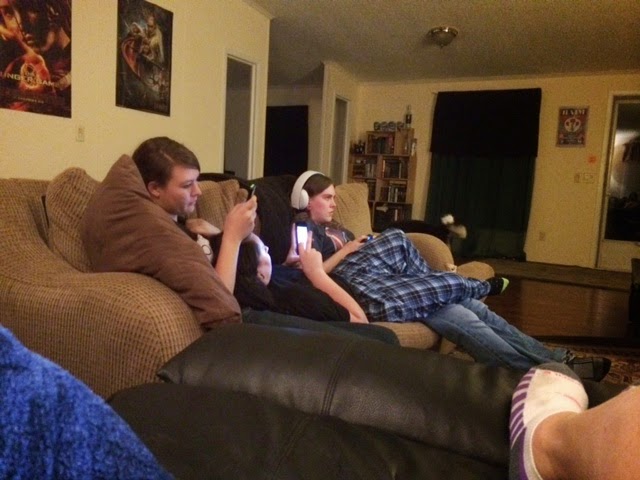 This is one of my new little buddies Isyss 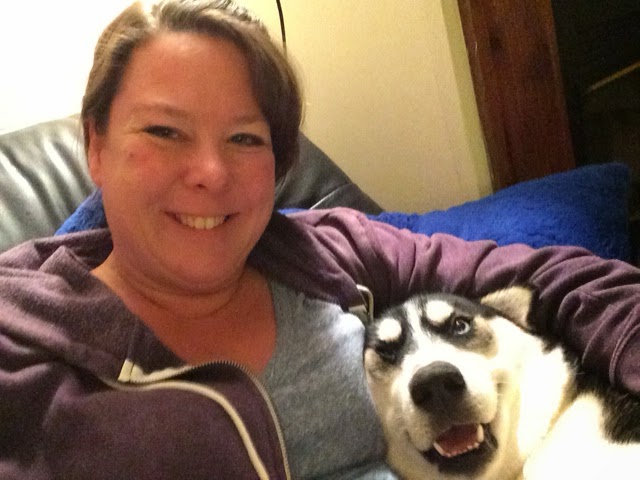 I ended up staying up late finishing the book I started on the plane. Such a good book! 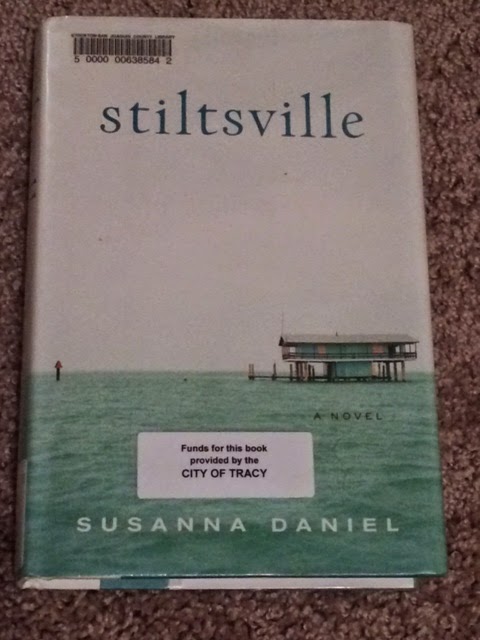 Freakin' awesome place by the look of it. What a neat day.