I wrote this early in the month but never finished it...

I have that stupid New Years Resolution that everyone else has this year. Ahh to lose this 20 pounds again! I'm back on the no more crap diet. Which is not to be confused with the I hate my life diet, I'm not doing that one again.

I'm just back to counting calories and trying not to eat too much bread or packaged products. I've still been running at least a mile every day (which lately is just run only a mile every day) and I've also joined a Diet Bet to help keep me motivated for the month. I've never done a Diet Bet before but I figured since I have a little bit to lose I might actually be able to lose 4% in a month without killing myself. So far so good, although my scale battery seems to be dying. Here's my pictures I had to send in to validate my weight. 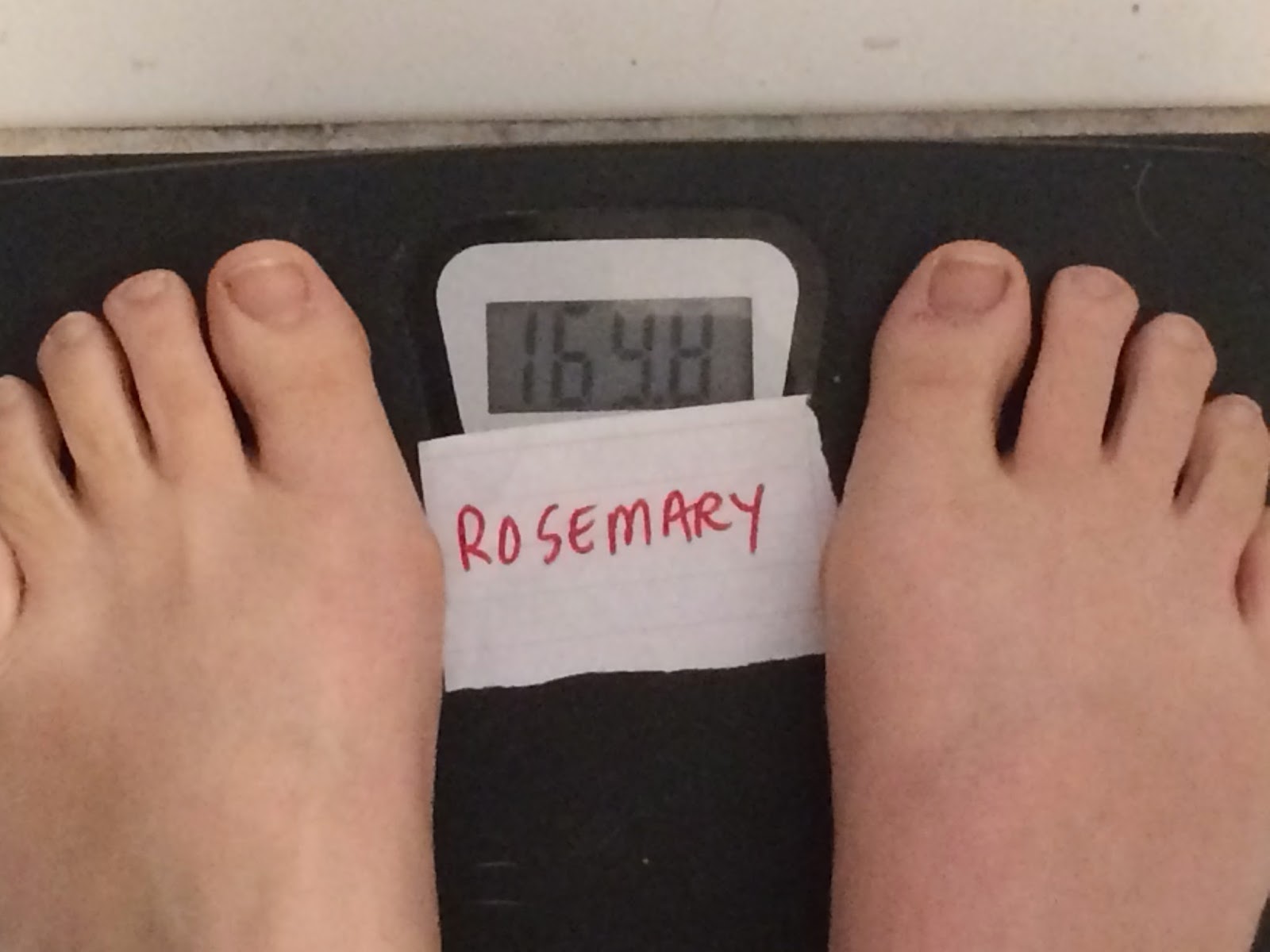 I attempted to change it yesterday but first I had to unscrew this TEENY TINY screw and then it wasn't even a normal battery. One of those stupid little flat round ones. Is it bad that I was thinking it might be easier to just buy a new scale? Ugh, so lazy lol. Actually I think I might have one of the batteries it takes in my car. I had bought one once to try to change the battery in my clicker thing for my car, which of course didn't work and still doesn't work. So I've had that battery kicking around for awhile, which means it's probably really dead so won't even work. (looked later and it's not there)

I had the 1st-the 4th off of work. I spent most of  the time napping and laying around. Because I'm SICK. Ugh it sucks. I haven't been sick in years. I just have a little bit of a cold so nothing that's totally keeping me down. Just enough that I don't really want to go and do anything fun and exciting.
------

And now, an update. I have been sick for almost the whole month! It's pretty much gone now but I just have the occasional runny nose and coughing. Just enough to make me not feel 100%. I totally ate crap all last week and I've been avoiding the scale. Although I did order some batteries off of Amazon. Scott said he needed some for his bike light and they were pretty cheap on there. I was a tiny bit stressed out working on the baby shower stuff and trying to get stuff done at work. I've been working full time the last week and a half.

But those are all excuses (although kind of valid lol). I obviously have a hard time staying on track when I'm feeling stressed. I'm sure most people have the same problem.

I have still been running at least a mile every day, although I'm thinking of stopping that on day 150 (147 was Sunday and I'm writing this on Monday to post later). I need to start ramping things up a bit and I'm stuck in that just get it done mile rut. I'm doing a half marathon in May and I need to be running some longer runs before I get to the training part so I don't totally die. I put the training runs on my calendar and they will start in a few weeks. Time to get it going and get my shit together!Pin It
Posted by Julie H at 6:00 AM