Is this thing on?

I feel like I have lost my blogging abilities lately! Whenever I am home our internet seems to be shit or the kids are on the computer or watching Netflix which sucks up all the internet our little house can handle (apparently). I just got on before the kids got up so I snagged the computer and no one is streaming anything yet lol.

We have been so busy lately and instead of over sharing I have this boring old blog to show for it. I really need to work on that. I've really been thinking about buying a laptop. If the internet is being crappy I could always sneak off to Starbucks and blog there on their wifi right? I know jack about computers though. I just want something inexpensive that I can use for blogging and general stuff. Nothing too fancy.

So for the months of June & the beginning of July Scott has been sick with various things, I've had this weird infection that I couldn't get rid of, and Melissa had several visits to the doctor because her ears were hurting her (ended up having an infection and wax removed). 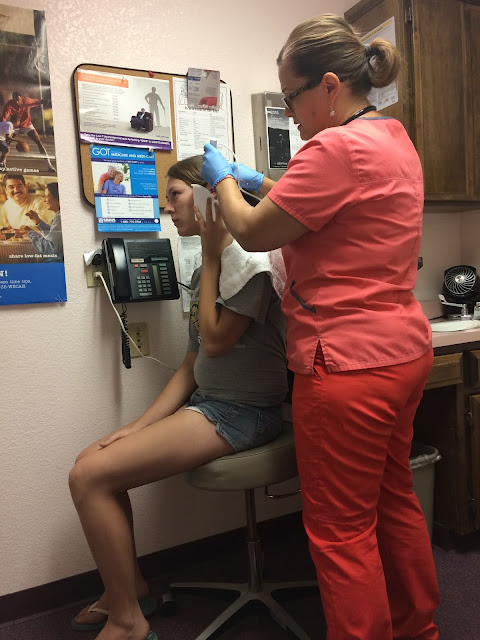 Just about every day I'm getting something in the mail from the insurance from our claims. Lucky for us we have some insurance. I think I have finally **knocking on wood** got rid of my infection and Scott seems to be ok for now. I say for now because he's always doing something to himself.

I've still been running every day (today will be day 336. I'm just aiming for the one year mark now. I'm starting to train for the Yosemite Half Marathon in October so I think once I get to the one year mark I'm going to just go back to running 3-4 days a week. My motto lately has been "run before fun" because going out and having a drink or two and then having to go run after is not very smart lol.

Ok I'm going to work on doing some posts of things that we've been doing! Hopefully I'll get a few done before the kids suck up the internet again!

I recently got a laptop to blog on.. it sit's on a little table over my lap in the lounge, and it's perfect. I have the keyboard on my lap and the mouse on a cushion beside me. It's cool...I can type and watch TV at the same time.