Lots to catch up on but here's a little bit of what's going on here lately.

My mom and I went on a road trip across the US to take a car to my oldest. We left on Wednesday, got there on Sunday at 1:30 am and then flew out and arrived back home on Monday. Yes we are crazy! And yes it was fun! I wish I would have had more time to stop more often and see more things besides what was on I-40E, but I only had 4 vacation days and the weekend was only 2 days long. (I'll be posting more about this later).

So now we have two running vehicles at our house. My older (2007) HHR and our 97 Ford F-100 pick up. So far I've bought two new tires for the car and new windshield wipers (I was driving the car I gave to Jess before). I feel a bit safer now that I'm not driving on bald tires and can see out the windshield. I need to call my insurance and finally get the windshield replaces since I'm not into looking through a cracked windshield anymore. Scott put about $100 into the truck to get it drive-able (it mostly just went to the dumps before). I told him to sell it after he got it smogged last time but he didn't listen so I guess he gets to drive it for awhile.

I'm kind of looking for a new(er) car but not sure what I want. I really like this one, with these colors but not sure if I will like to drive it or that it will have enough "cargo" space. Part of me would be happy to just get another HHR lol. 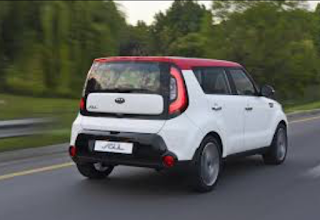 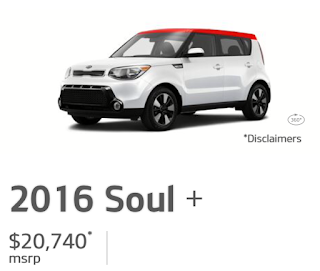 I made up four days of work in 1 1/2 days after I got back. I like when I have a lot to do, it makes the time go by faster. I keep waiting for it to get super busy again but they have spaced things out in how they do things now so it's like a slow trickle of work instead of big deadline dates. It looks like things are in the works for getting my grade increase (raise) in November. I will be SO HAPPY to get my raise and make more than I was making before I took this new position (which is less).

Scott went to the cardiologist and had a stress test done. They wanted to send him for an angiogram but he's allergic to iodine (they were booking the apt and I was talking to him through text and pointed that out) so now they are going to do a cardiolite stress test the second week in September. His main complaint is that when he tries to do anything strenuous his heart rate goes really high really fast. He doesn't have high blood pressure and does ok when they do EKG's though so I'm thinking it has something to do with his blood clots he's had damaging his veins. We'll find out soon I guess!

Before the trip with my mom we went to court for her to get guardianship of little Robert. His mother showed up to court and was taken into custody while we were there since she had a warrant out for her arrest for not showing up to a previous court date unrelated to the guardianship. After they took her off in handcuffs (crazy) the judge gave my mom temporary custody until November when she will go back to court again. Hopefully his mother's other court case will be resolved by then.

Trevor just asked me to help him with his math and I googled one of the words on the page and still didn't have any idea on what the hell it was talking about. Melissa was able to help a tiny bit. I hope he doesn't need anymore help on that one.

Well off to throw some dinner together. Trying to hold out until Saturday to go to the grocery store but not sure if we'll make it!

Wow. so that's where you've been.
I want a new car too. Only thing is nothing is wrong with my car - nothing.
It is perfect. It's almost 10yrs old. Toyota Highlander.
I just want a new car. I don't need another payment though.
I have a GPS on my dash and a Sirius radio on my dash.
I want a new car where everything is built in along with blue tooth.
I just had it detailed and they raved about the shape my car is in.
But except for long trips to the lake or my hometown I don't drive much - I work from home for petes sake. But I still will whine and tell you I want a new car. :-)

That car is awesome! Congrats on the raise!!! Go you!!! Good luck and saying prayers that you find out what's up with Scotts health ASAP!