Back before I took my unintentional blogging vacation I was sewing away getting ready for the Graffiti-Con.  I thought this might be a good event since I sell a lot of my items to people that are into character items.  Boy was I ever wrong. This event was a total dud. I only sold a few things, I think I JUST made back the booth fee if you didn't count in what I spent on lunch. I had Trevor go with me and gave him some money to buy some stuff too. So at least I had a nice day with my kid if nothing else haha. I will never do one of these events again. 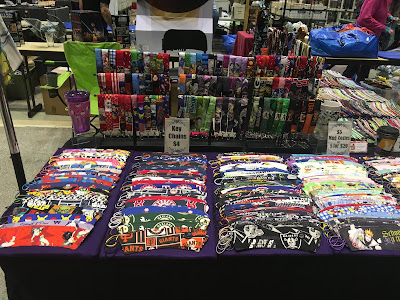 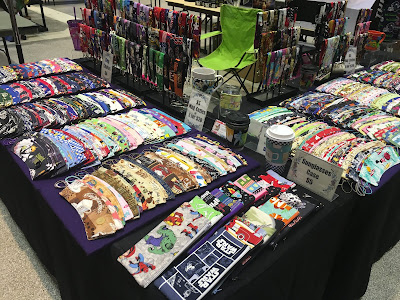 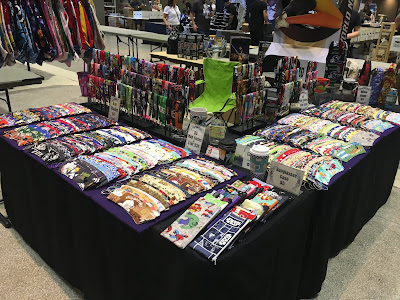 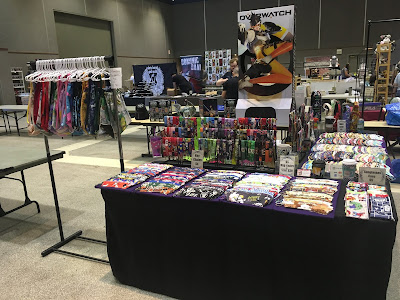 I got this clothing rack from a neighbor friend. She just gave it to me which was really nice. I started out with it sideways like this then turned it later when the people next to me showed up. I don't even remember what they were selling. 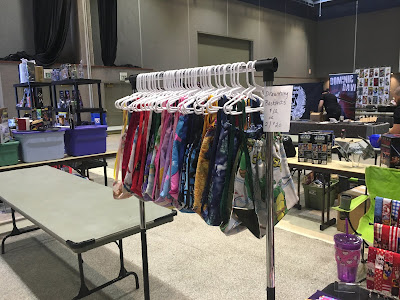 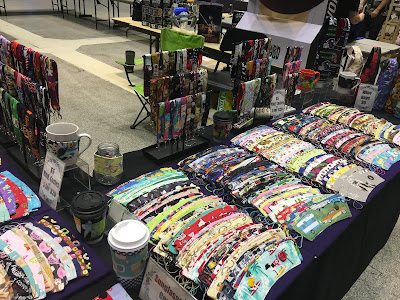 That lady back there in the pink? NOT NICE. Funny how people get weird when they find out you sell something similar. She had drawstring backpacks too. She also had some other items similar to another seller who I had met at that other dud show at the church awhile back. I stopped and talked to that other gal and she was like wth is up with her! 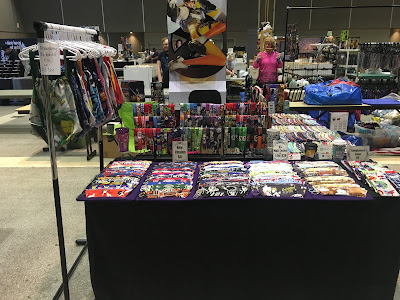 One good thing about this show is it was good for people watching. Sure are some strange characters out there!

This made me laugh. The pink lady not being nice. Why are people like that. There is enough for all. Even if they are close to what you have, it will all work out, maybe she doesn't get enough business because she is so cranky in her booth, not smiling etc. I have a friend who came to America for the first time and he and his family were fascinated with Walmart and the people they saw at Walmart. I kept thinking, how embarrassing that this is his first time in America and this is what he thinks represents us. Not good.