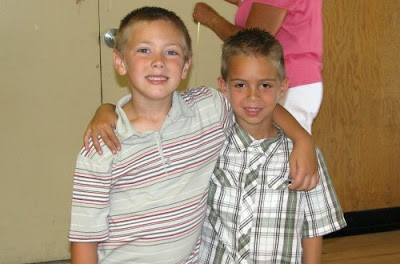 On the upside it's the LAST Kindy graduation I will have to attend at the little school my kids go to! The count down is on for things we "won't have to do again"! Yes, I'm bad lol.

So Scott made plans to go to work late so he could attend. We were joined by my Mom, Scott's parents, and of course, my brother since my nephew was also graduating. 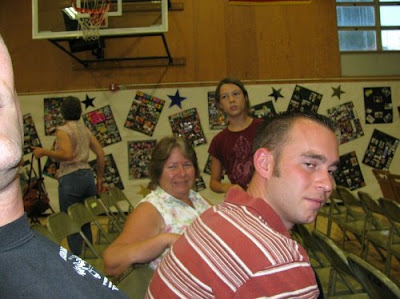 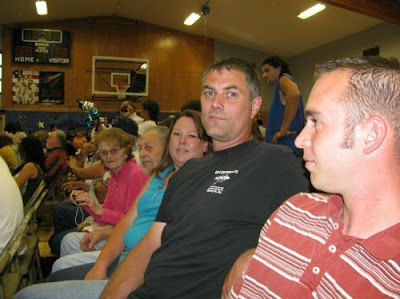 The kids started off by walking one at a time up onto the stage. Then singing with hand a body movements. Then each kid (like 30 something) took a turn up at the microphone saying a little poem type thing.

That can barely talk.

Of course MY boys did just fine!
They sang about 4 songs or so (one would have been nice).

Then they all came up to the microphone one at a time again and said what they wanted to be when they grew up. 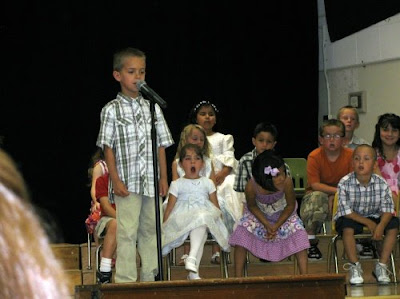 and Trevor, the future Architect. 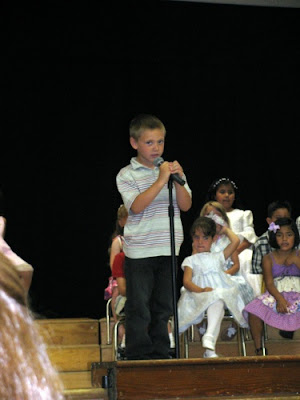 At least they were original. There are going to be about 20 teachers and police men, with a few army guys thrown in.

Afterwards we had some cake and visited a bit. My Mother In Law has been sick. They told her it was an infection in her intestines and she is on a lot of antibiotics. I hope that's what she really has and it gets fixed. 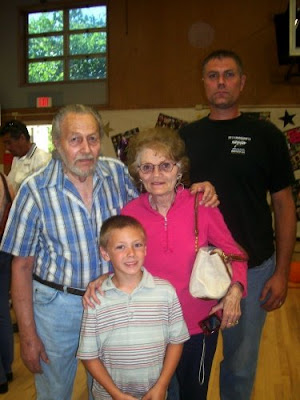 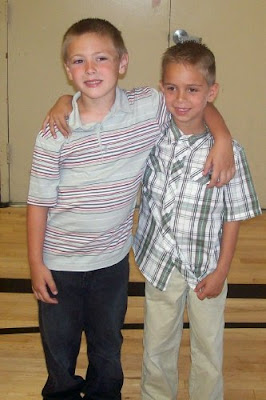 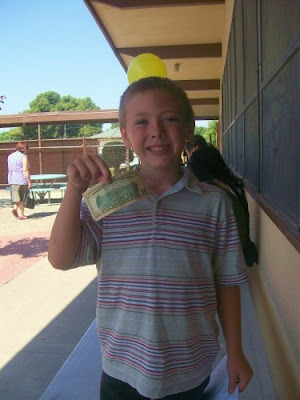 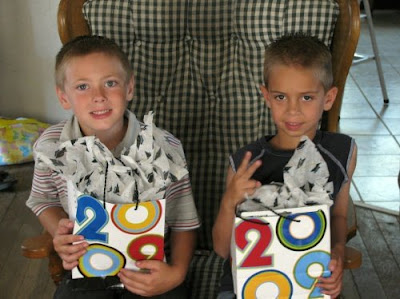 Tomorrow is the last day of school. Momma is going to need a present.

A bottle of whiskey would be nice.Pin It
Posted by Julie H at 8:46 PM

I have a countdown of things we never have to do again too!
1. wipe butts
2. spoon feed
3. household chores (the reason for kids, lol)

Aww! How cute! They are growing up! I understand the "last time I'll do that" thing. Emma next year will go to school longer in 4th grade! I'm really excited for that! LOL

Those boys are gorgeous! I know just what you mean about lasts. I was so happy at the last t-ball game!