Sunday I had a booth at the Liberty Festival. Originally I had signed up for both Saturday and Sunday but then my sister in law had her baby shower on Saturday so I asked if I could just do Sunday.

I signed up for this months ago before we knew we were going to have a 100 degree weekend. Fun times!

Pretend this picture is turned to the left (I turned it 4 times and it still shows up this way). I stayed up late Saturday night making a patriotic bunting for my booth. I think it turned out pretty cute. Wondering if I should make a few different kinds to sell. 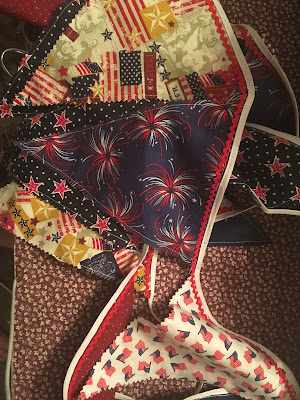 I got to my booth space around 8. I was a little bummed that I didn't have 2 free sides since there was someone on both sides of me. I was there earlier than a lot of people but if I would have come later I would have asked to move. Next time I'm going to ask ahead of time for an area where I can have 2 sides free. It's much easier to get people to shop my booth when I can have a table all the way out front. A booth with someone selling fancy knives with only one table does not need a corner spot..

Here is my booth when I first set up. After the gal next to me was set up she had a back on her canopy and I asked Scott if he could fine the one someone gave me and bring it, along with some sunscreen and my rocks I forgot. 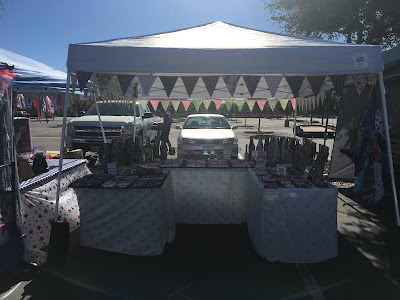 You can see how much better it is with the backing on and the sun. This is a new layout I tried. It was nice if there was just one person because they could walk in, but more than one person couldn't really shop at the same time so not that great. I did like the flow of it though. 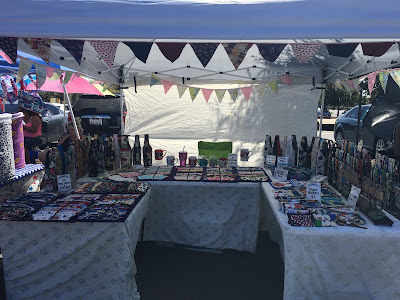 The people on the left of my booth had some handmade stuff too. They had 2 large clothing racks out in front of the booth which blocked the view of my booth. I kept thinking I wonder if they got charged extra for that.. 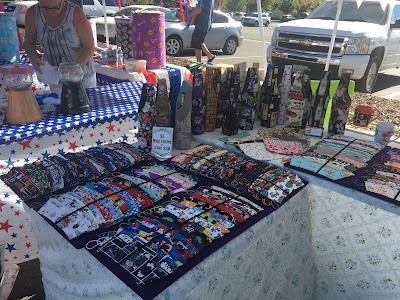 The gal on the right side of me sold Scentsy. I think I saw her sell one thing. 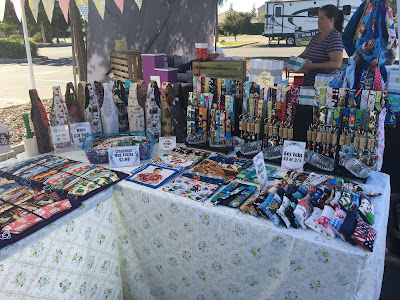 This is before the back side was added 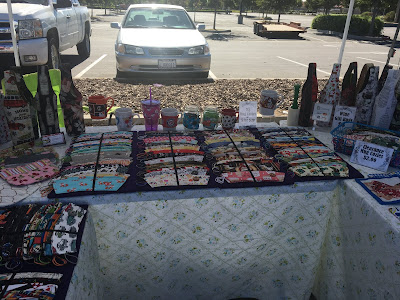 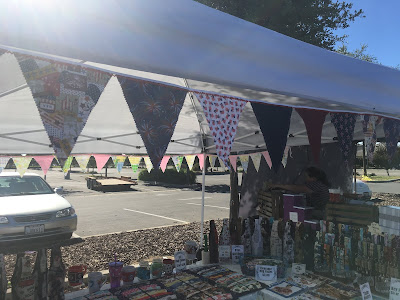 The day was SO SLOW. A lot of people would just walk down the middle of the row and not even look at the booths.

Slow and hot and sucky.

I was looking at the sunscreen Scott brought me. Hmmm might be time to replace this lol. Only expired 4 years ago. Still worked though! 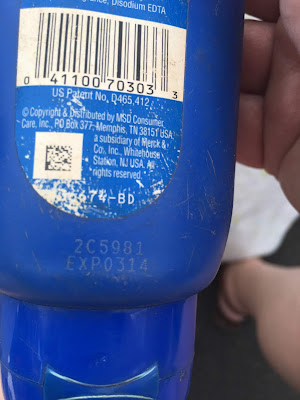 I took a little ice chest full of water and filled with ice. I had a little cool towel thing and kept dipping it in the water and cooling myself off with it. I drank 10 bottles of water, 1 can of Diet Coke and one large Diet Coke from McD's the neighbor girl didn't want. 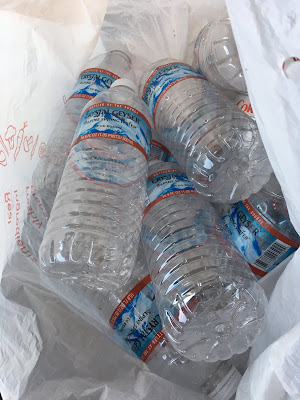 Originally we were going to be there until 6. Someone came by and said that we were going to close at 5 instead. At 4 I started packing up and by 5 I was driving out. Full on heat exhaustion in the works. I got home and napped on and off and watched Netflix. Wherever I go the dogs go lol. they were so excited I was on the couch since I hardly ever sit on there. 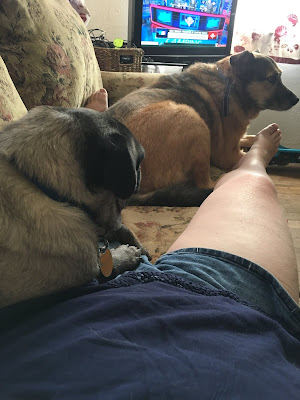 Scott made us a nice dinner although he forgot to actually clean up after. 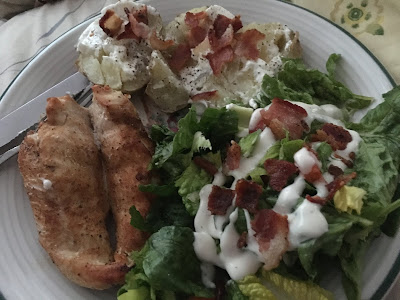 So no more craft shows until it cools down. Also I only made $34 for the day and my booth was $45 so that was officially my worst show and the only one I didn't make my booth fee back. Awesome.

UGH! That truly stinks!!! A whole day and you did not even break even! Well, hopefully it will cool down a little soon and you can prosper more from the next one. I love craft shows but if it is too hot then I get cranky and when I get cranky I am not going to want to spend money. Sorry it was such a bummer!
I was cracking up with your sunscreen!!! My family goes boating every weekend and we just went through our container of sunscreens and we had a few from before there were even expiration dates printed on bottles....1990's era?? HA HA! We pitched them but as far as we could tell they still worked too! HA!
I am starting to think this expiration date thing is a gimmick to get people to buy more!

Not even breaking even would be so frustrating!! So sorry about that. I do think people would like to buy a bunting! One that said Happy Birthday would sell I'll bet, or Merry Christmas.