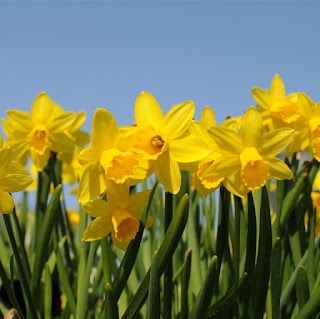 My son went to school this morning! And he drove himself. Finally!  It is only for half a day but I don't have to listen to his teacher who coughs up a phlegm ball every morning. He goes Monday and Thursday for now.

Now I just have the dog whining at me.

I spent all weekend mostly working on selling patterns. Between selling the patterns and the books I had I have made over $600 woohooo!  I think I have 2 people that asked for stuff that didn't pay so that's not too bad compared to some other times.

I think later in the week I will repost them $1 less and see how that goes. It is nice clearing things out. I might start working on selling some fabric next but I'm trying to decide how I want to do it.

When I was wasn't working on that I was organizing the small pieces of fabric I had cut for zip bags. I had this whole box of fabric and first I went through and matched them up with zippers and then I woke up the next day and decided I really didn't want to make those up. So I took them all back apart and just put the fabric on little boards and put it away. It feels so freeing to get that "job" off my mind. Plus I emptied a box which I then filled with other stuff that was cluttering things up so it got some stuff a bit cleaner!

Now that I'm signed up for 3 craft shows I am going to work on making up some more things with character fabrics since those always sell well. Plus they are taking up a lot of room in my scrap drawers. Although I'm probably good on inventory since I have sewed for over a year and didn't sell much other than a few things on Etsy (and masks but those don't count).

Scott worked on his laundry all weekend and even put it away. It's a miracle! Also he worked on something outside grinding metal a lot. I might have a small twitch.

Ok off to do some work. I had signed up to go into the office on Thursday but wish I had picked a different day since Trevor will be at school. Might see if I can switch it. Tomorrow afternoon I have a dentist appointment. Hopefully just a cleaning.

Labels: Back To School, craft show prep, fabric organization, school during a pandemic, side hustle

OK, so I just cackled at the teacher and the phlegm ball comment. LMAO!