Good morning happy vacation Friday! So nice to have 3 days off still. Days off with NO PLANS!
Yesterday I was behind this while leaving the club. It's a car that was at my daughter's house. Her boyfriend's dad had it there hiding it from his wife lol. Guess it's getting towed off to get fixed up now. If only it was the piece of shit car that's been at MY house forever. 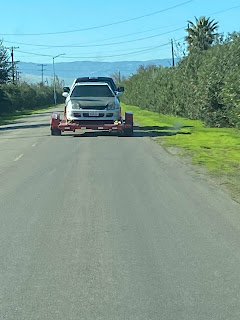 I went and visited  with my Aunt Judy for like five hours yesterday! I haven't seen her in forever other than running into her at Wal Mart, I think the last time I went to her house was when I first started making mug cozies and she ordered a couple. Anyhow, had a great visit. I used to spend every day with her when I first moved into my house in 1993. We'd go to the doll shop where she made dolls, lunch, shopping etc. It was so much fun! Then I had Jess and we still hung out a lot but then I decided I needed a JOB haha.
After leaving her house I went to the grocery store finally!
Look I have food! I'm going to make stew for dinner tonight. Yum yum. Probably make some corn bread too. I bought a turkey, it was almost $1 a pound, way more expensive than the .39 or so I usually get them for but if they go on sale I'll buy another one. $18 for all that meat is still a bargain in today's world. 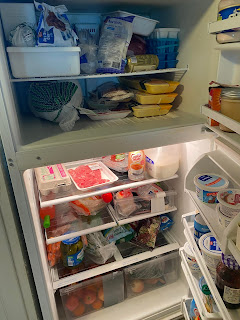 I bought a bunch of misc stuff too. I bought a new wax warmer and OH MY these smell so good. Hopefully Scott doesn't "accidentally" break this one too. I swear he has some kind of thing about scents. Well good smelling sents haha. 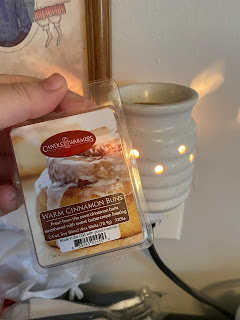 Saw these in the store and it reminded me of this vintage candy dispenser my mom had with these in there for like 10 years. I'm sure they were delicious at the end there.. 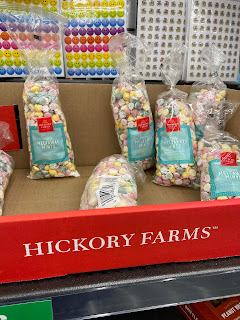 I was surprised to see this at the grocery store! I might have to do some Christmas shopping in this section since I have 4 nieces now. 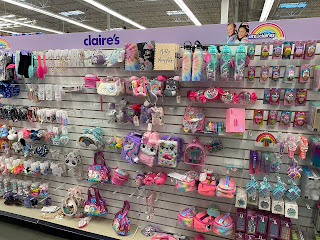 I got my little buddy some silverware since I think I got rid of all the ones I had for my kids (or they are in a box in the shed somewhere..) Obviously he won't be getting the knife anytime soon. 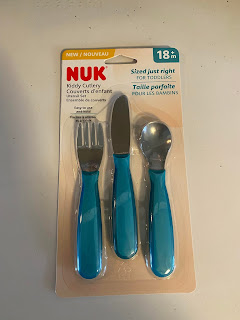 After I got home I put some frozen pizzas in the oven and had just enough time to eat before darts. We lost just like I thought we would. My friend Mic who is partially blind now even kicked our ass haha. He said he just closed his eyes lmao. Scott did win one game though and he was a lot better this time, no whining! After I stayed and played 3 games of cricket with Cassi (one we had 2 other people play with us). I won both of our games but my arm sure was sore at the end there. I was a good girl and only drank water and other than having to get up to pee I slept pretty good last night.
Look at our view out the windows this morning. It's nice when you don't have to drive in it. 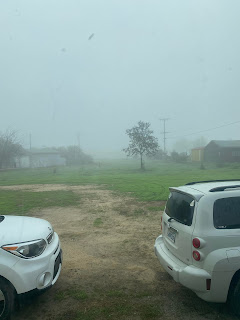 This was yesterday morning but I had to laugh that Tubz was laying in the dirty clothes basket. She's  so cute. Last night Tina was meowing really loud and I got her to come in my room and on my bed to snuggle for a couple minutes but then she left me. Maybe some day she'll sleep with me too. 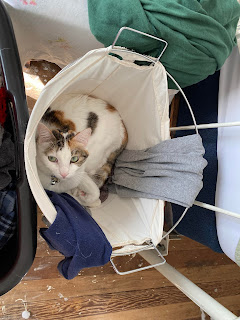 I started taking my new blood pressure meds two days ago. Last night my legs started with some cramping :sigh: I swear everything makes my legs cramp up. It wasn't bad enough to have to get up. Hopefully it won't get worse. My blood pressure is almost in the normal range this morning too.  I've been keeping track of my weight and blood pressure every few days or so. Still have 2 months to work on things so I can tell the doctor to suck it (hopefully). I actually might just not make a follow up appointment with him. His wife was much nicer when I was there.
Oh one more exciting thing I'm almost down to only having two credit cards. I've been chipping away at them. I've been using Credit Karma to track things for over a year now and it's really motivating to see your score go up haha. I will be happy when they are all paid off. Two credit cards, my car and $5000 left in parent student loans left  to be debt free again.  Cards are much easier to pay off when you transfer them to a 0% finance for a year plus.
Ok Rusty is doing his pee-pee dance so I guess he wants to go out and look for the yard cats. Have a good day everyone!
Pin It
Posted by Julie H at 9:35 AM

wow, that was a lot of info.
Days off with no plans is retirement. I find I need the structure of work at least a couple days a week.
I just went to the grocery store and about died. I spent more than ever before and bought no meat, nothing in a box, just produce, eggs you know, food to live on. It's crazy out there in grocery store land $$$
We incurred debt when moving. I need to do what you just told me to do. thank you!
I just made stew too Julie and it was so yummy. I think I'm making Zuppa Tuscano this weekend. If you've ever had it at Olive Garden then you know. This is the knockoff and I love it. Filling too.
Enjoy your days off!