Good morning happy Black Friday! I am doing no shopping today haha. I did take the day off though. Of course now that I have decided not to do the big black Friday event that I used to do because the weather was always horrible it is nice and sunny outside.
I was going to post yesterday but then I got side tracked and forgot! Here is all the masks I finally finished on Wednesday. 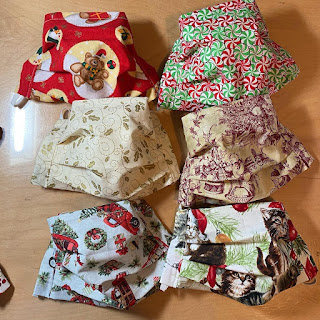 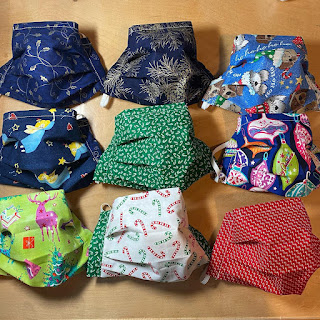 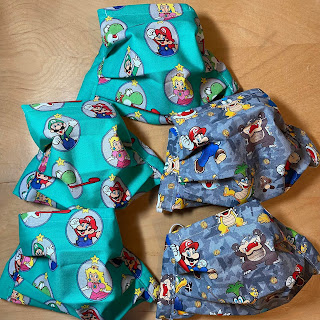 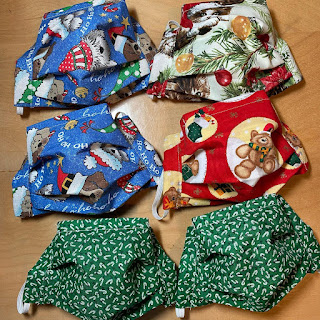 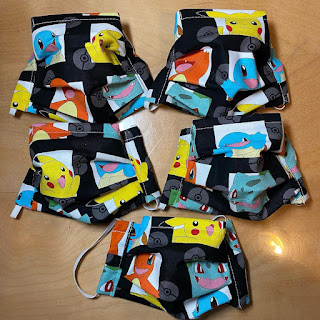 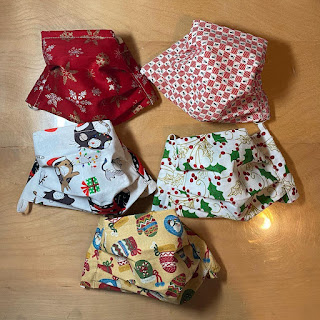 Thursday morning Scott was like well I guess I'll go out and clean up the yard. I was like why are you going to do that, no one is going to be out there. Vacuuming would be more helpful.
Guys! 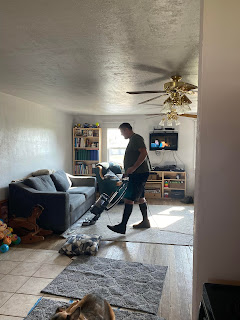 So that was nice. We weren't eating until 5:30 so I actually got kind of bored lol. The house was pretty much cleaned and it was just my kids coming over so no need to be extra.
Here's my little buddy having some appetizers 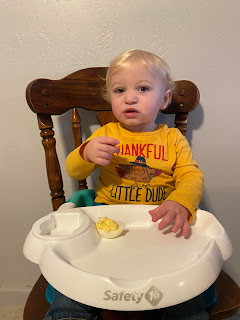 He is just so cute and I can't believe this time next year we'll have another one to love on! 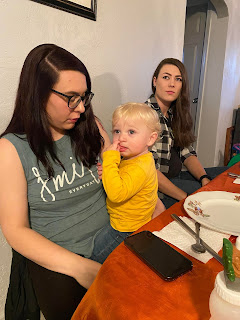 Melissa's boyfriend spent the day hanging out with his dad so she came solo this year. Here is the spread! Jess made the mac & cheese since Daniel's family usually has that. I messed up the sweet potato pie by not warming it up enough first before putting it under the broiler for the marshmallows. Oh well more for me later haha. 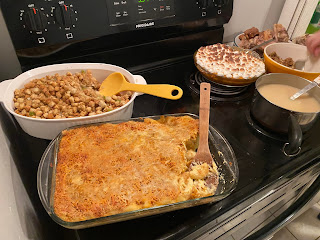 I did the mashed potatoes while I was bored and put them in the crock pot, worked out good. That crock pot is very vintage now, we got it when we got married almost 30 years ago. 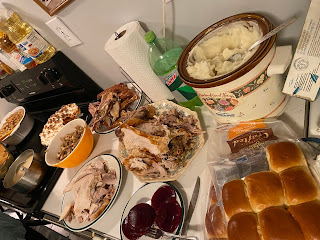 My plate, ate it all, died later haha 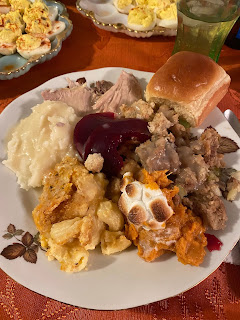 The crew minus me 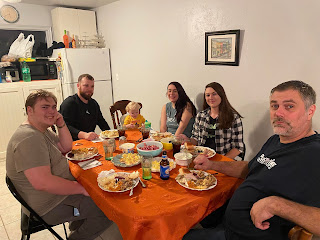 A little family picture for Jess 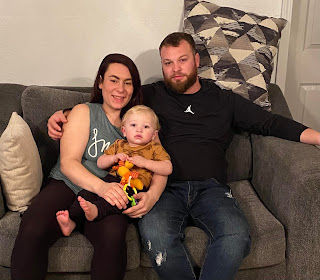 Everyone was gone before 9. I had started cleaning up then took a little break to lay on the couch for a bit and had a Lucy cat napping with me. 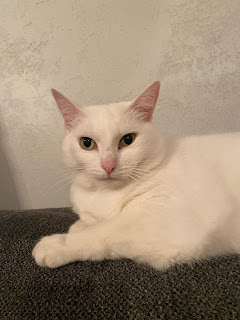 The kids left the playpen and I was like the cats will probably get in there.
Didn't take long lol. Tina's like thanks for the new bed! 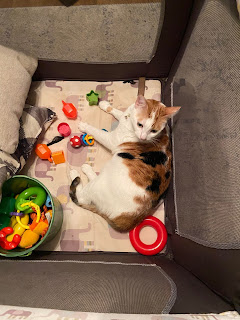 I boiled up the bones and the scraps and made some stock? broth? Can never remember which one it is lol to use later. Used up all my jars. 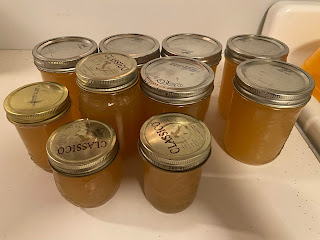 and made myself finish cleaning before I went to bed because it is nice to wake up to a clean kitchen. 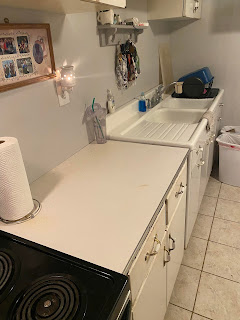 I just had some banana bread I made Wednesday to go with my coffee. Scott is off today also (that's not a usual thing so his boss must have been feeling nice lol). No plans today but to do some sewing. I got these little Marilyn Monroe coin purses in the works! I will probably get my little pile of stuff all ready to sew at cone though. I have some more zip bags and keychains partially cut out. Trying to work my way through some of this fabric stash! 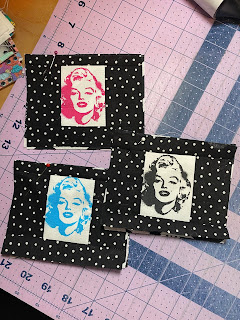 I have sold several things on Etsy this week so that is nice!  I'm a little concerned about the school craft show I signed up for. It is in two weeks and I haven't heard a thing from the person organizing it. My friend that works at the school was going to check up on it for me. I'll remind her next week.
Ok that's my 100 pictures for the day ;)
Pin It
Posted by Julie H at 9:24 AM