Tonight I made this recipe for Chicken and Spinach Parmesan

What I thought was really funny about this recipe is that although it's in the recipe name there is no Parmesan in it! 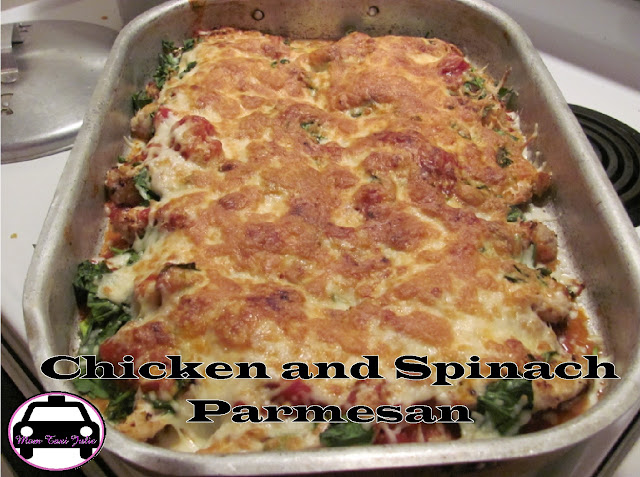 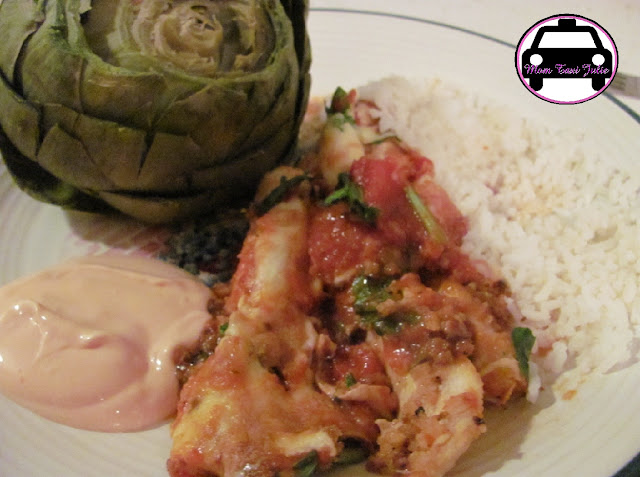 You basically just coat the chicken pieces in panko bread crumbs, cook them in some olive oil. Put a layer of spaghetti sauce on the bottom of your cooking dish, than the chicken, than some cut up spinach, dump the rest of the jar of spaghetti sauce over the top and then cover with mozerrella cheese. Put under the broiler until the cheese is all wonderful and wahhhhllaaa dinner! This is so good I would make it for company.

I finally made the artichokes I bought last week. Trevor's been begging for them everyday. He ate one huge one, the rest of his sister's and then tried to talk me out of the rest of mine. I think I'll be planting an artichoke plant as soon as I find one. One plant that produces up to 40-50 buds that will be saving a lot of money since they are $2.50 and up lately in the grocery store.

That's my white girl dipping sauce on the side there, mayo and ketchup. Sounds gross but that's the way I grew up eating artichokes. ummmm hmmmmm.

looks delicious. How do you cook artichokes? I tried it before and I remember it being a pain. also, how do you eat them? lol
Laurie

This looks so good! I am following via Linky Followers. :)