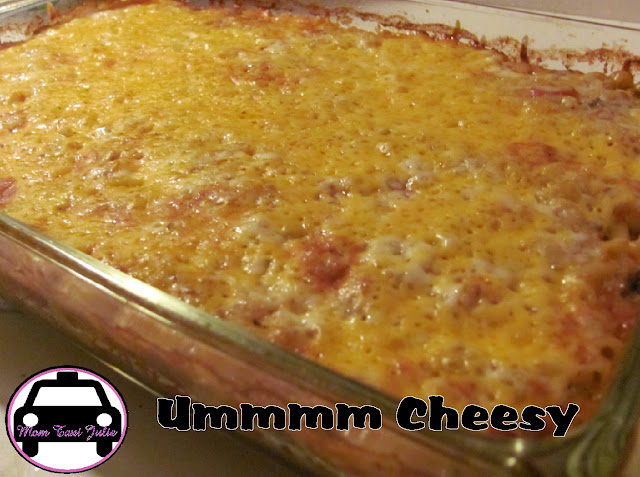 I made this macaroni and beef with cheese recipe, although I ended up altering it a bit. Mostly because first I was going to make another recipe and then realized I had to marinate it over night. It was already seven and I was just starting dinner so I figured everyone would starve by then. So I set about to make this recipe.


So I'm bopping along, make it. First change, only used one pound of ground beef instead of two. Two pounds is A LOT of meat for a casserole. AND I only had one of course.  Was too lazy to puree the tomatoes and I used diced tomatoes thinking they'd cook down fine.

So everything is cooking and it's getting kind of late and I get to this part:

then reduce the heat to low and cook for an hour.

Umm yeah? Not going to happen. Since it's also supposed to go in the oven for like 45 minutes! So I simmered it a bit and then threw it all together and put it in the oven. After I put the cheese on I realized I wasn't supposed to do that until AFTER it was almost done cooking. Woops! So I just took the foil off when it was almost done and it turned out just fine. Just like home made hamburger helper. 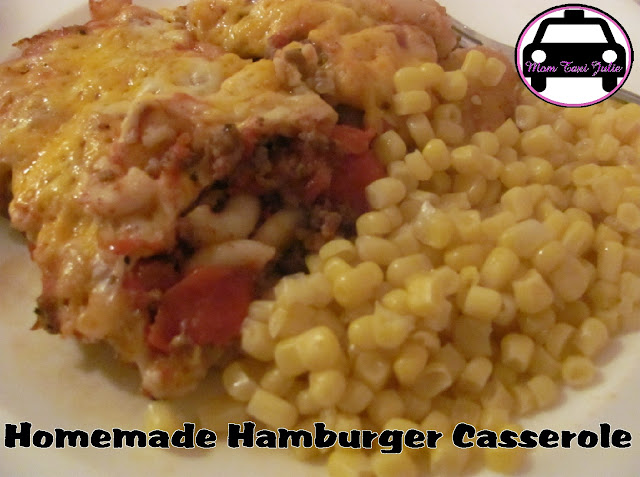