Not A Boring Day

So not too long after I finished yesterday's post my husband called me and told me he got in a car accident. I had to jump in the car and start driving to the area where he works to go find him. He was all groggy when he called me so I only knew to take a highway and an off ramp but not much more than that. Talk about a nervous wreck! He had also told me that he thought he had broke his shoulder. I was really hoping he was ok.

I drove quite a ways and then got a call from a paramedic telling me that they were taking him to the hospital in the ambulance and some directions on how to get there. He works an hour and a half from home and wasn't too far into his commute when the accident happened.

I got to the hospital and then went in the emergency room. Talk about ghetto. The receptionist had a small hole to talk through and it wasn't eye level so you had to squat down a bit to talk eye to eye. She told me she'd figure out where I needed to go and before long I was with him in his room.

A few minutes later the doctor came in and said he had a broken collar bone, broken sternum and he obviously had a big bump on his head. Poor guy! They gave us the option of staying there for observation or going home, which we chose since we don't have very good insurance. 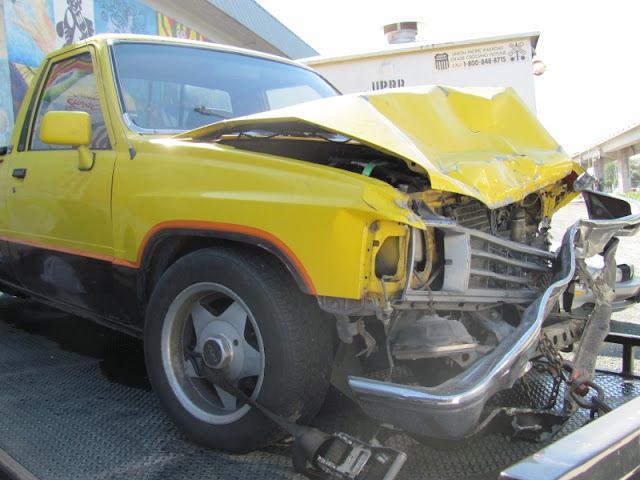 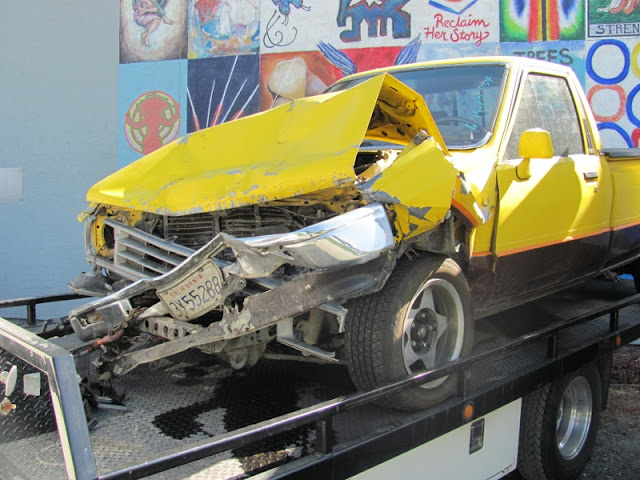 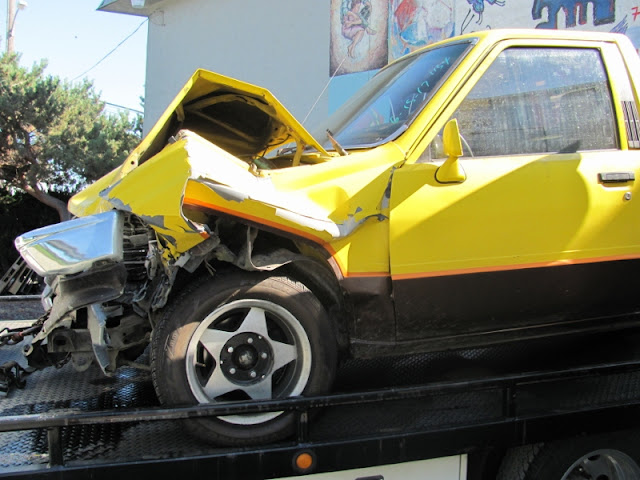 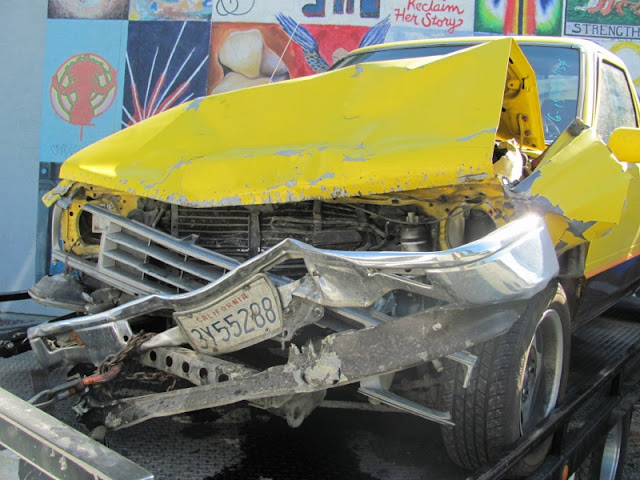 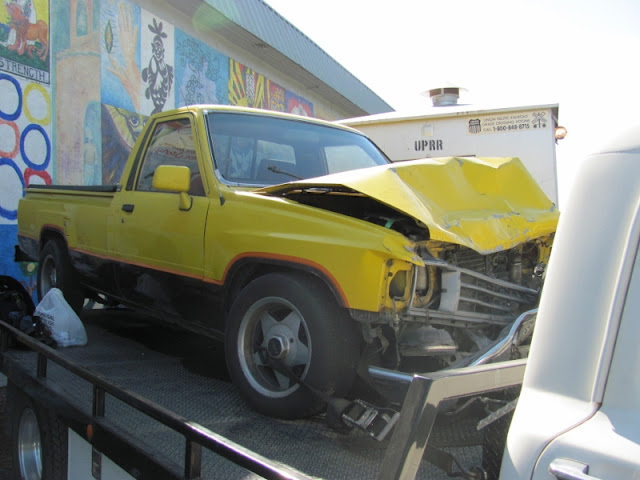 Very happy my man is able to walk and isn't hurt worse. When the paramedics took him he had no idea where his truck went. It took me a couple hours this morning to track it down. CHP said it was in the PD's area. They said the same thing in reverse. Called back and forth and then finally told them they were giving me the run around and SOMEONE should know where the hell it went. Then I got transferred to someone who actually knew how to find it.

Then I called the tow company and they said even if I signed it over to them I would still have to pay the tow fees and a storage fee for the day. Which is a lot. I was trying to figure out how I was going to get there when I started thinking that I'm sure if we brought it home we can part it out and at least get scrap money for it. So I called my brother in law who has a flat bed truck and he agreed to go get it for me.

He lives about an hour away from me AND my sister in law needed a ride from the train station to my in laws today so I told her I'd pick her up, go pay him back for the tow and get Scott's tools out and stuff out of the truck. So I was basically in the car for about five hours today. I'm exhausted!

My house is a wreck and tomorrow we are going on a day trip (minus Scott who we are going to go deposit on his parents couch) with my family. Weeee fun!!Pin It
Posted by Julie H at 9:11 PM

Labels: all wrecked up, car accident

OH MY! What a horrible day. I've had similar but with fireworks blowing up in The Hubby's face and 3 days on a vent. Such scary stuff. So glad he's okay.

Praise God he is okay! Trucks can be replaced, your hubby can not. Scary stuff...