So I've totally lost my focus on exercising.

God I suck. I was going to start over with the Couch to 5k on July 1st. But it was 106 outside and obviously from the pony tail I wore to work I wasn't up early enough to beat the heat. It's still really hot today. So I'm thinking maybe NEXT week I'll restart the Couch to 5k. Sounds like a winner to me.

It's been kind of nice not exercising. I've been so busy with everything going on and all the Netflix episodes I had to watch and that 2 trip buffet and all that.

So let's talk about some fun stuff I've done.

Last week I met up with my friend Twila for lunch. We were part of a group of 4 from high school. We got together back in the fall or so but FAIL didn't take a picture to prove it.  I made sure to take one this time. 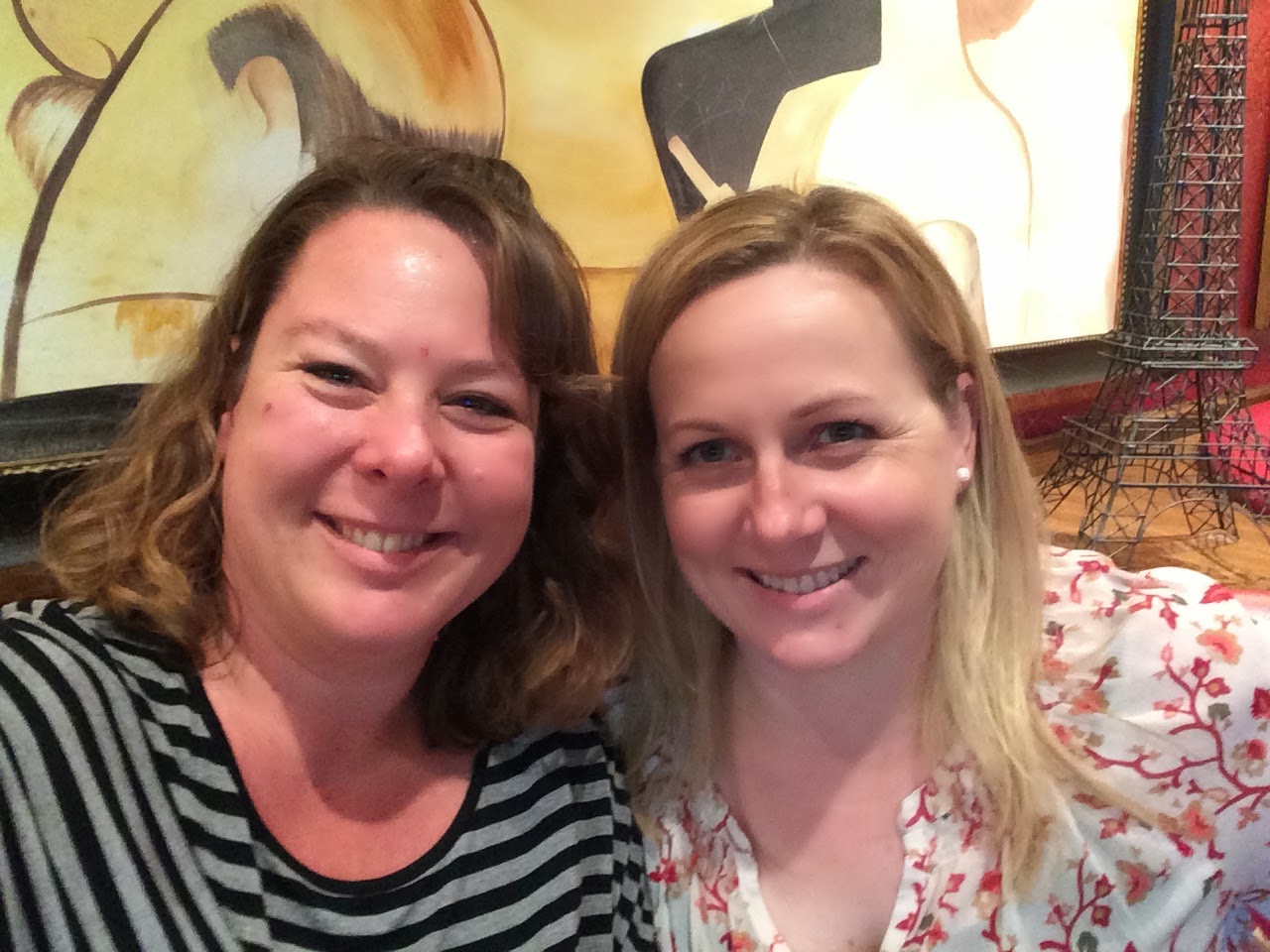 We met at Mimi's again. After three times in a row I guess that's going to be "our place" to meet up haha.

Elder care. Her Grandparents ended up needing a lot of care (and cleaning of their house as ordered by a social worker) and she has been doing a great deal of it. Not fun.

Growing up kind of sucks sometimes.

Anyone have any big exciting plans for the 4th? Scott said he doesn't care what we do but this year we are paying to see the fireworks somewhere. Apparently last year's sitting on the side of the road in a blind spot was a bit too much for him haha. (wow looking at those pictures it's hard to believe that was only a year ago. Seems like so much longer)

Personally I could care less about the fire works. I'm officially old and dead inside I guess.  Too many people, too much stress about "getting out of the parking lot" that we have to go through every year. It takes all the fun out of it. I guess my brother has invited us over to his house so at least Trevor will have fun hanging out with his cousin. I'd be happy to just lay around the house and read a good book.

All these holidays without my Jessica kind of just suck. Now I know why old people are so cranky when their kids all move away.  Well except the rich ones that can afford to travel and stuff. That would take your mind off things a bit maybe ;)

"old and dead inside"
That made me laugh. I guess I am too because I don't give a rats ass to see the fireworks. Actually would like to see 'em just not deal with the crowds to get there and leave.
I'm sorry you miss Jessica so.
I hope she is loving the heat and humidity of the east. I hope you get to see her soon.

Like what Margaret said... 'old and dead inside'... silly you!
You are certainly not old, or dead.
I quite like firework displays.