Awhile back someone posted a link to the A's website where they had special $5 tickets. $5 to go to a baseball game? Sign me up! Scott had been talking about going to another game so I went ahead and bought us some tickets.

The only bad thing? It was a Monday night game.

So I met Scott in Livermore at the train station and then we stopped and got some Subway sandwiches and then took BART to the game. 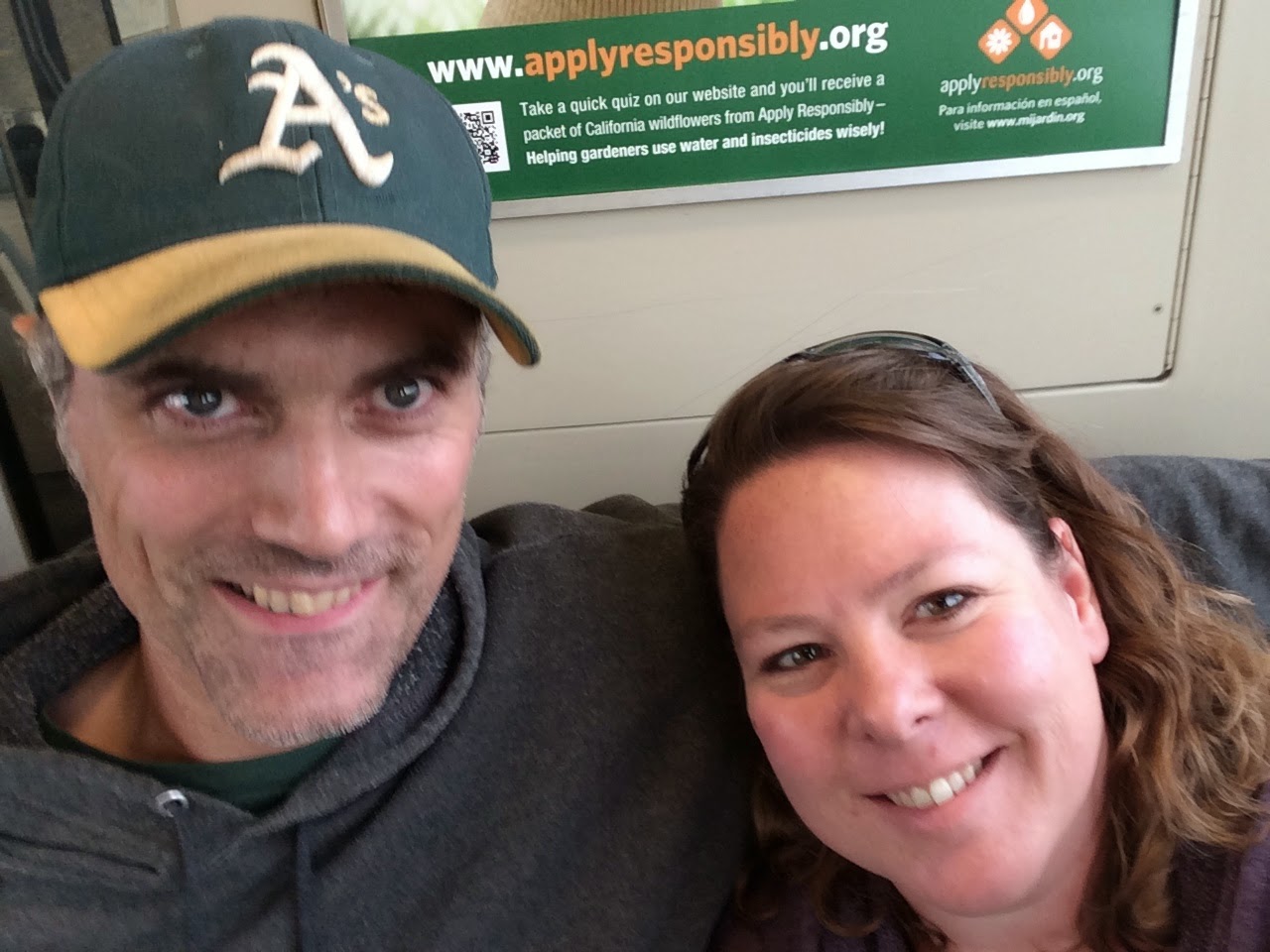 I'm glad we got some food because all those nachos looked freaking delicious. And corn dogs. And pizza. And kettle corn. I swear it was a non stop circus of food walking by us. It's probably also a good thing that we weren't near the end of an aisle.. 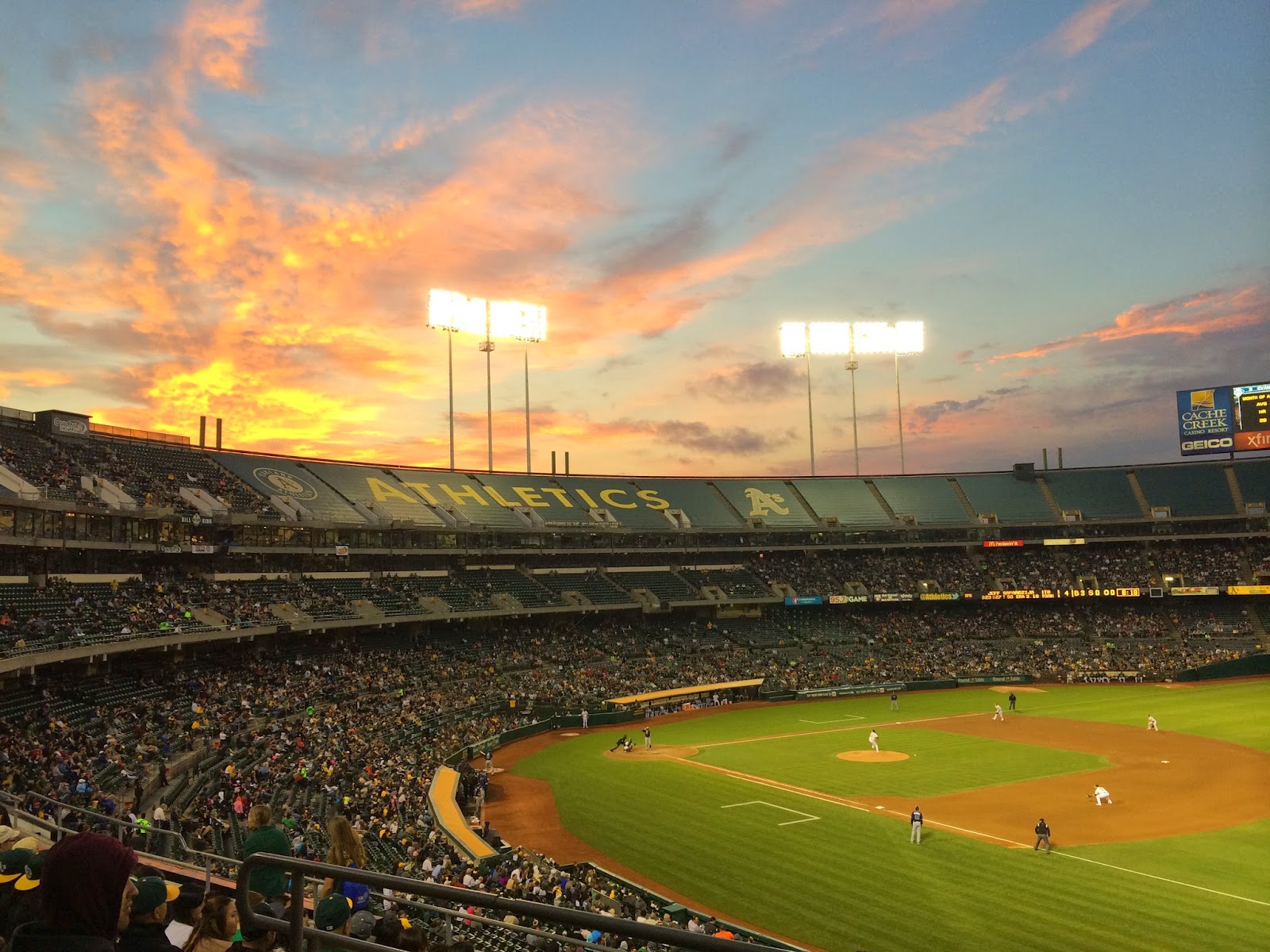 The game was a lot of fun. It had to go into extra innings though so we had to leave before it was over. We got home super late and had to get up to go to work the next morning.

Ahhh that's why those tickets were $5 ;)

A game is a game! Fun just being there!!!! I am stealing your subway idea! What a great way to save tons of money on stadium food!!

That stadium is freakin' HUGE!!!!