Saturday night was the annual St. Patty's dinner. My friend Traci's dad is a St. Patrick's Day baby and she grew up coming to this dinner as her Dad's "birthday party". Her dad is gone now but she made sure they were still having the dinner to carry on the tradition and ended up working to help set up and serve the dinner. It was a lot of fun! 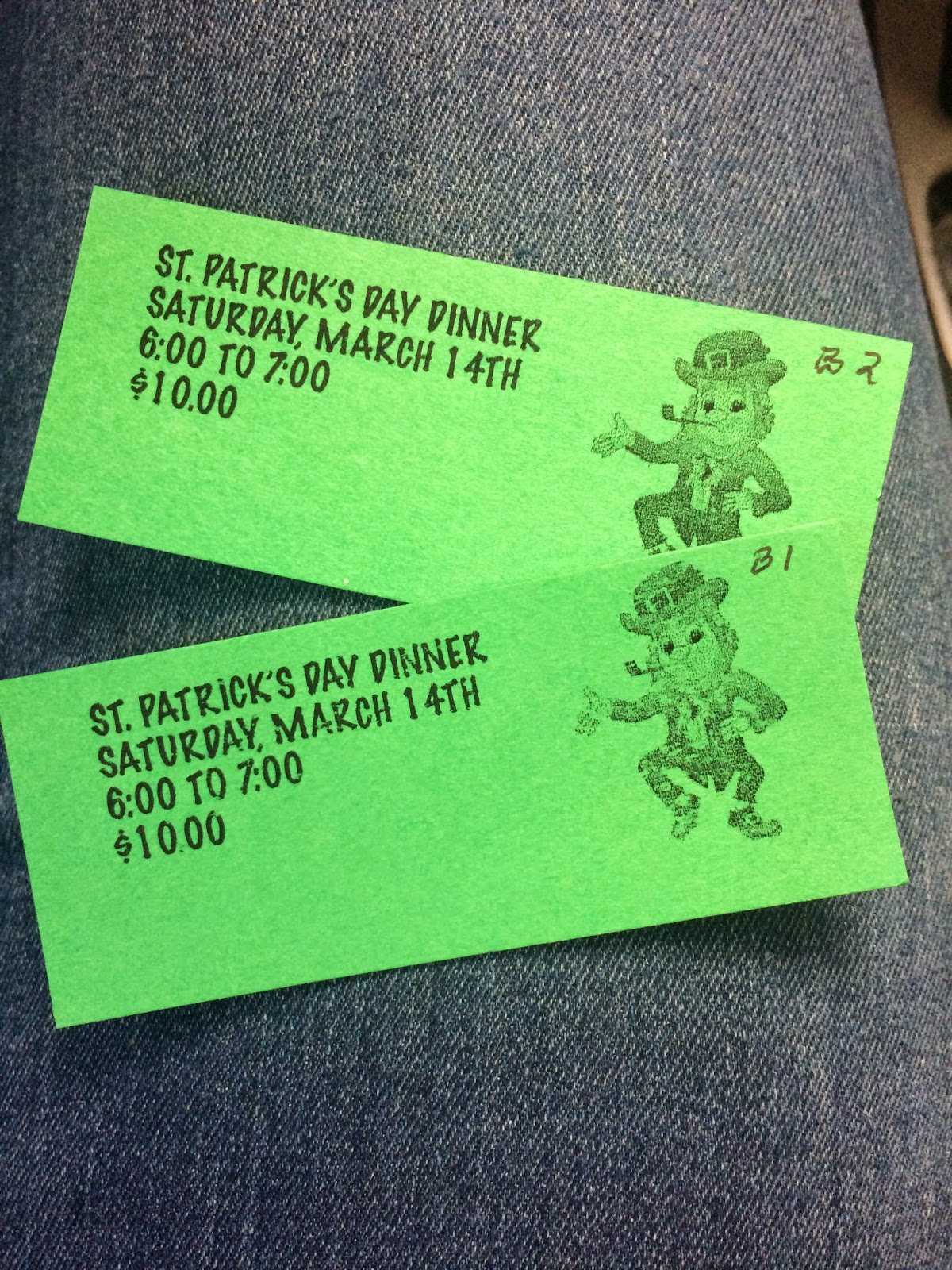 I was pretty much starving after my run and really looking forward to the food! I stole a bunch of these pictures from Traci. This is my friend Bev being silly. 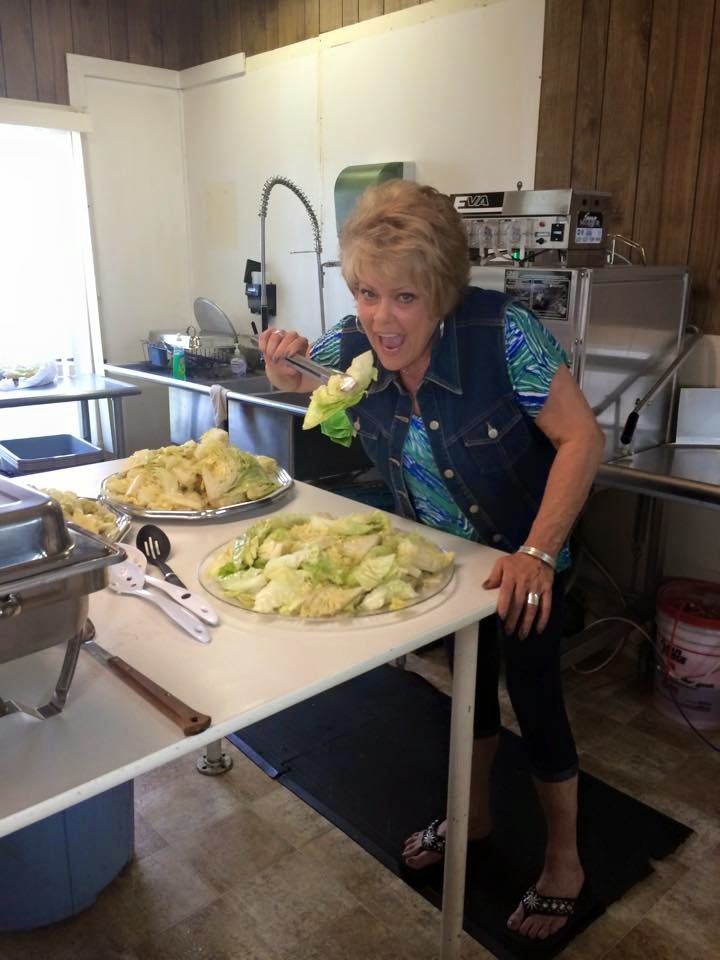 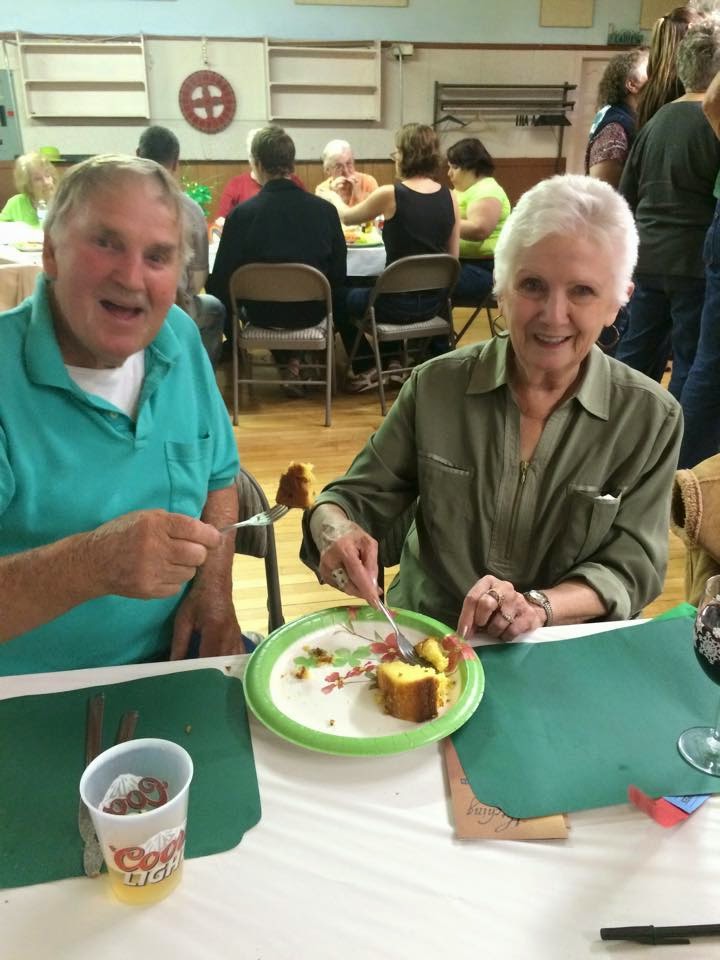 The cake booth! People donate cakes and then you put a quarter on the number and they spin a wheel and someone wins. I won a pecan pie (can you find Scott?) 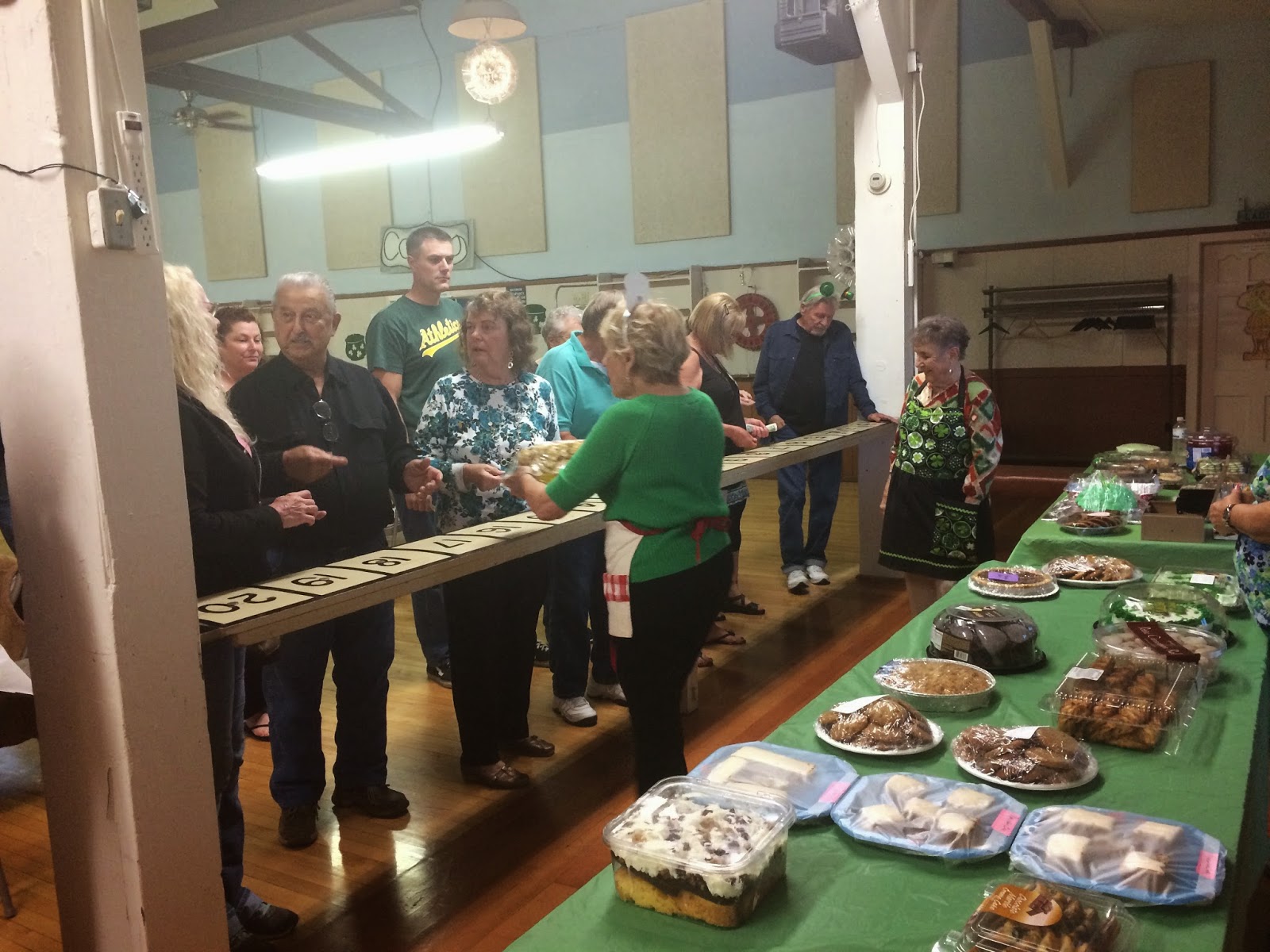 DINNER! OMG so there was some horseradish. I got a little bit because a little bit is good. I took a little bite of meat with some on it and OMG. The pain! It went up into my nose and I almost panicked but then it subsided a bit. Holy shit that stuff was hot. I warned Scott before he ate any and he still burned all the hair out of his nose too lol 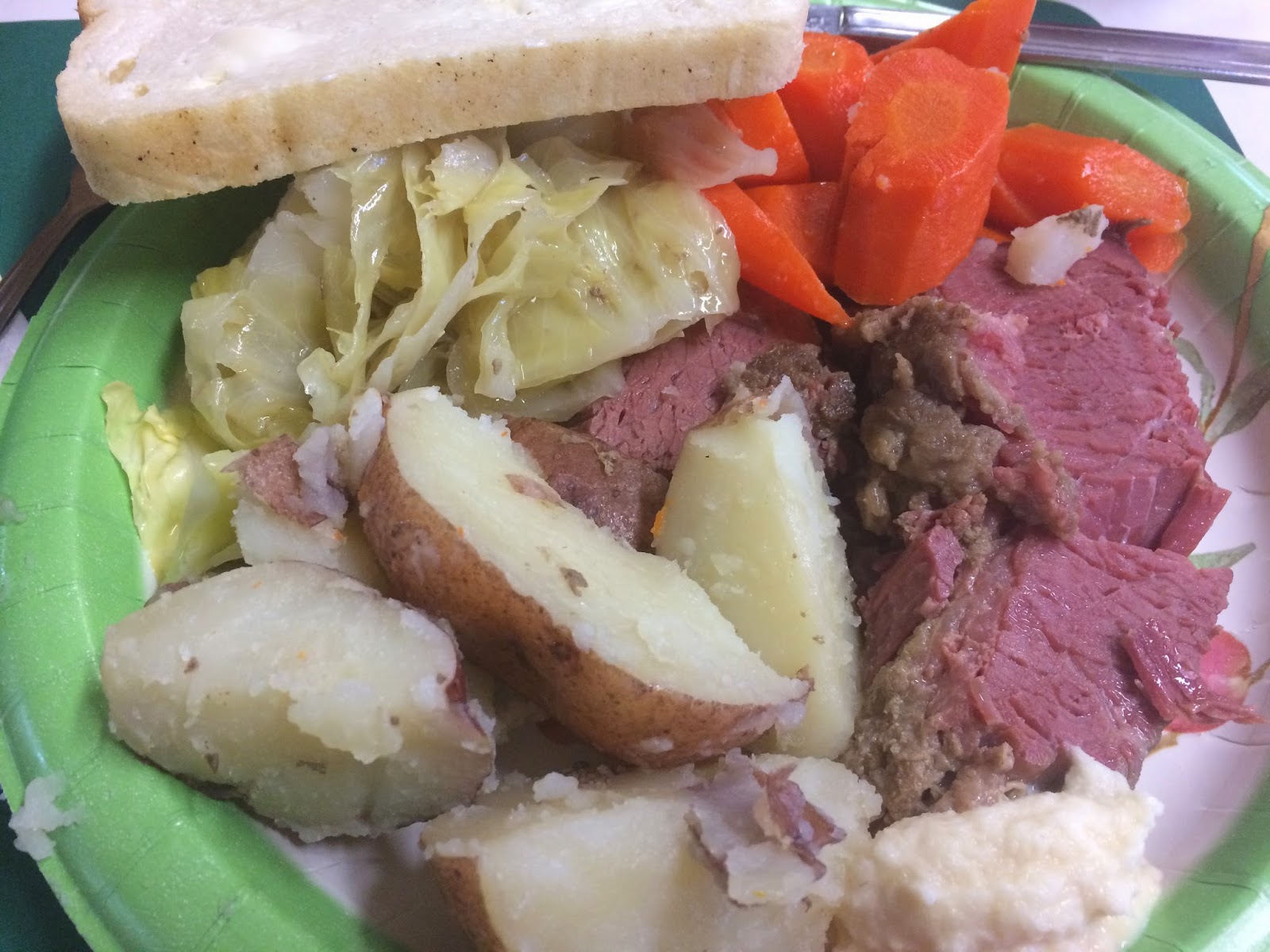 Joanie who is in our book club used to always bring Traci's dad one of her rum cakes for his birthday and still brings one for Traci. So lucky me I got  a piece too :) 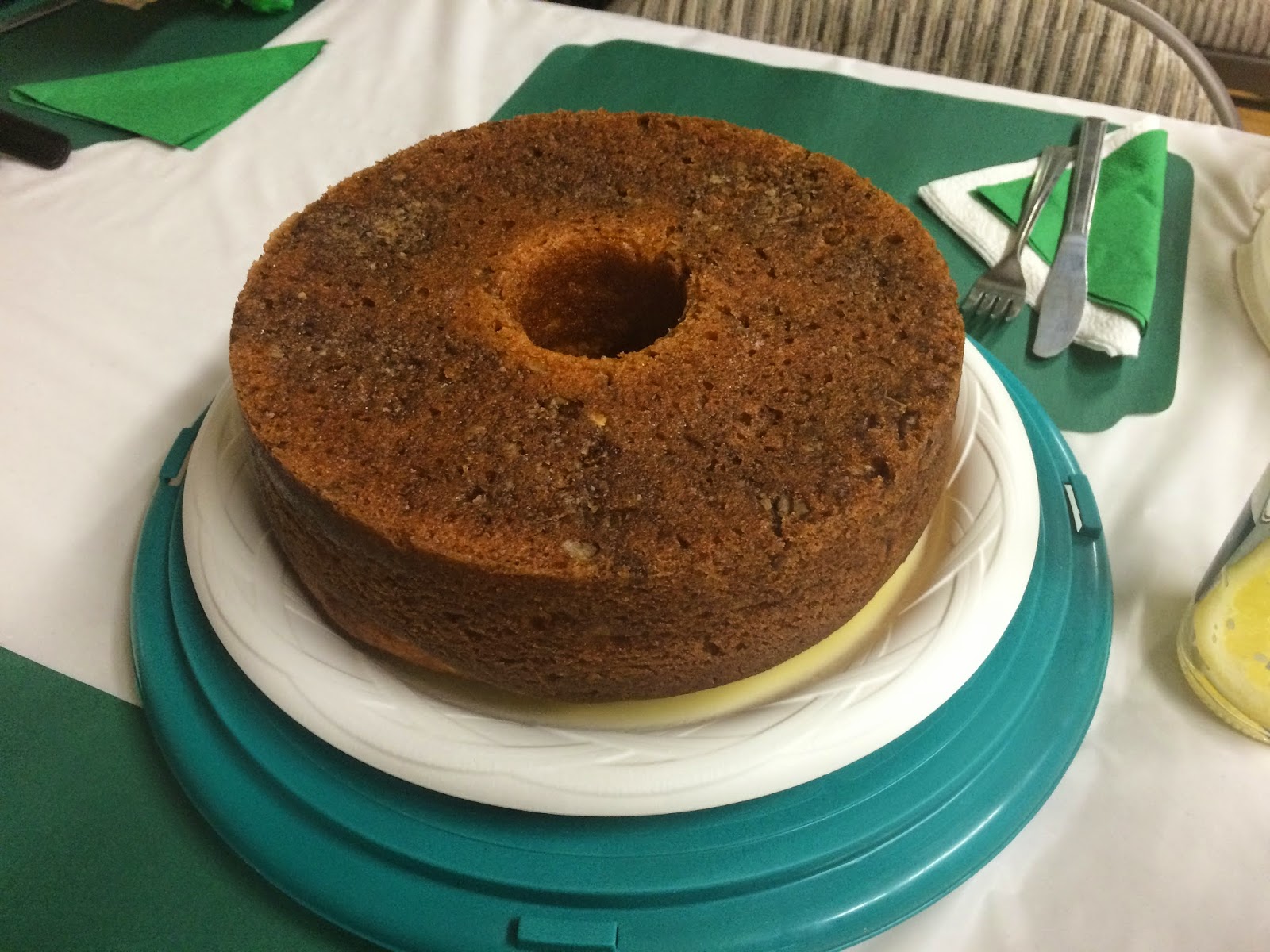 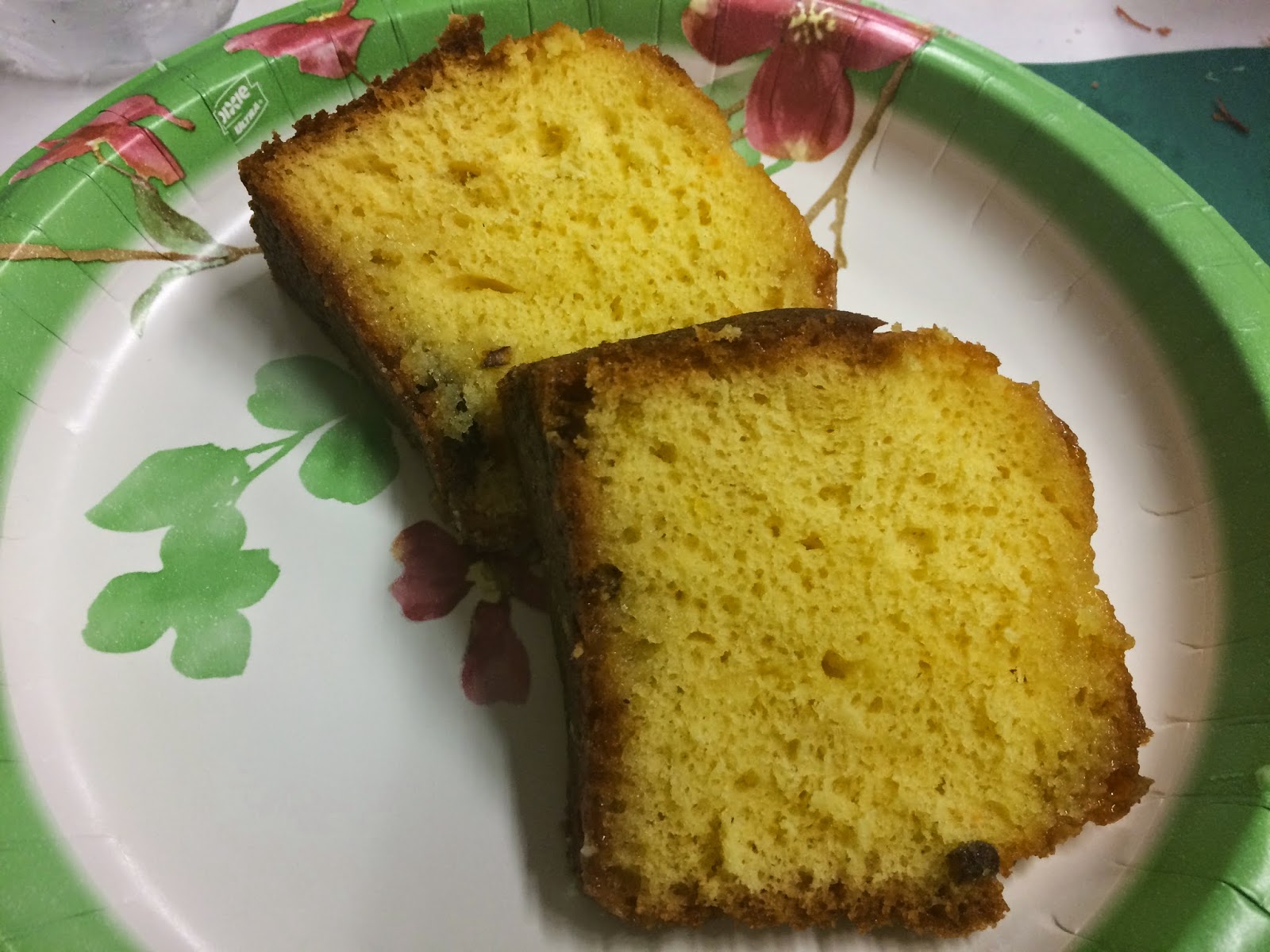 I really only ate one piece, Scott was off trying to win a cake lol 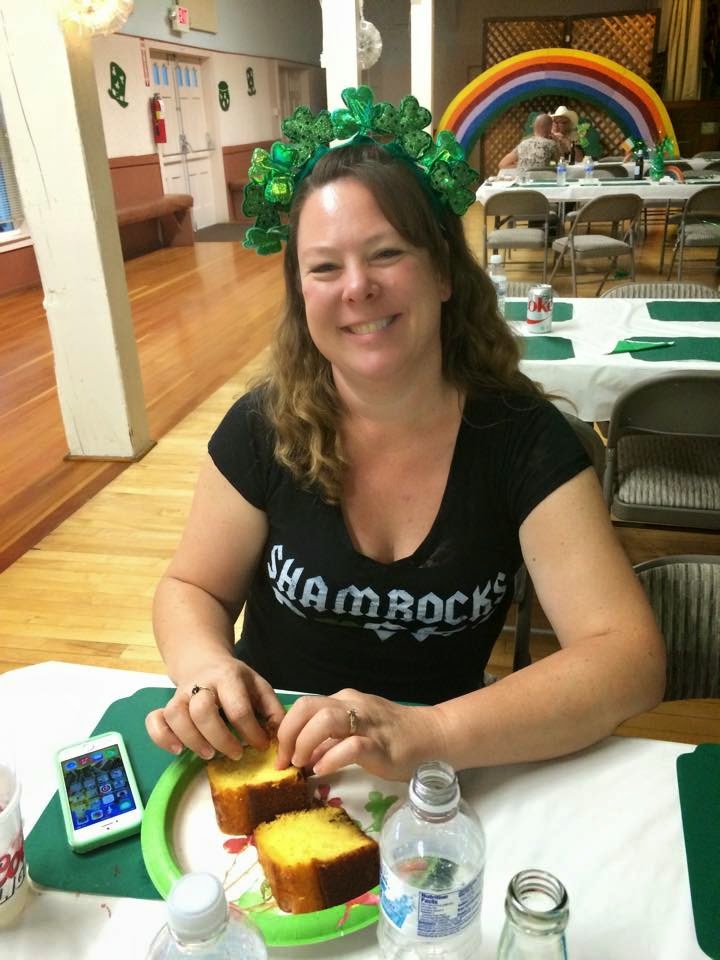 Some decoration, I'm pretty sure that was painted by Ginny, another book club buddy (the one with the awesome painted house) 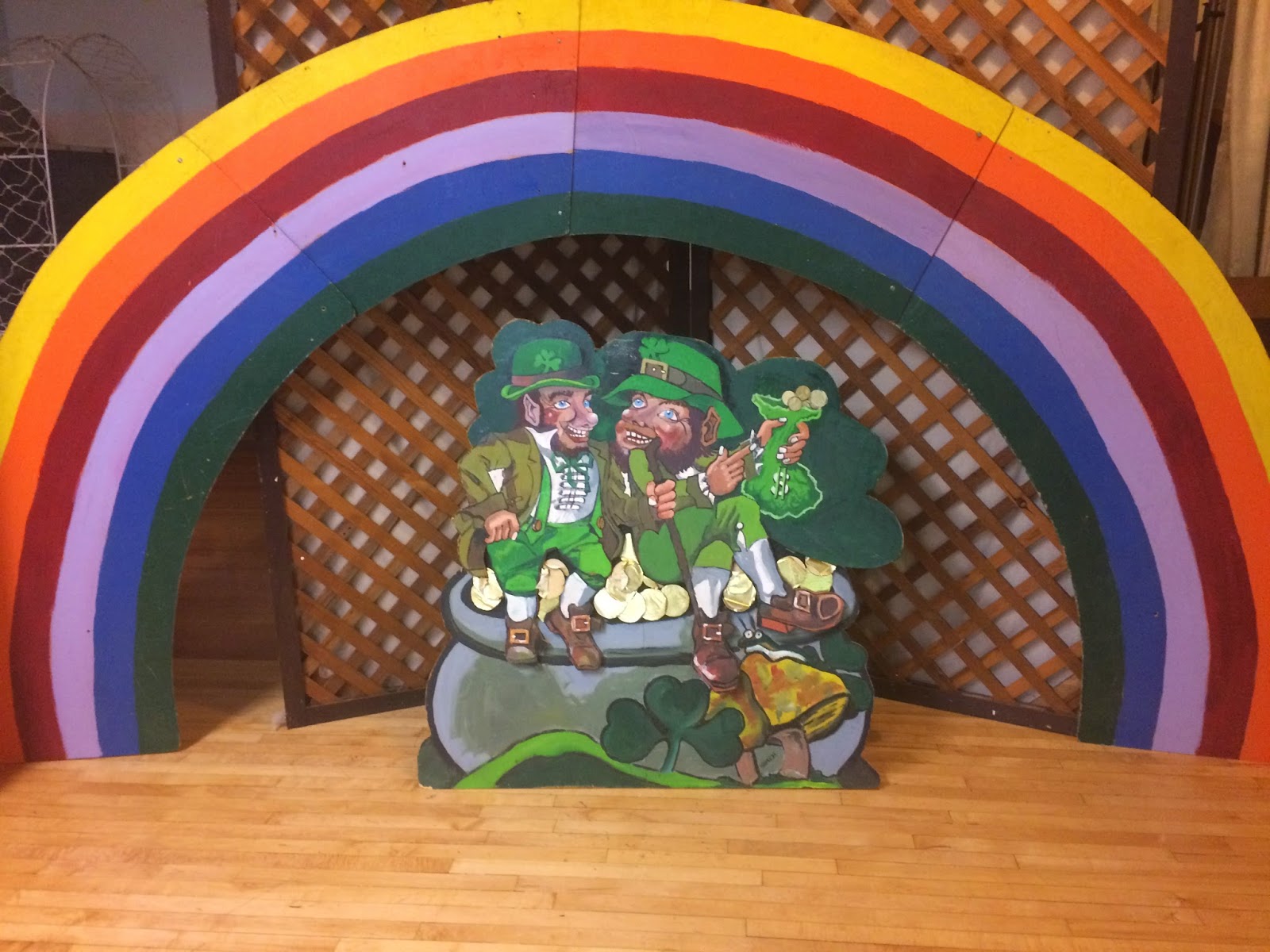 Traci and her mother in law 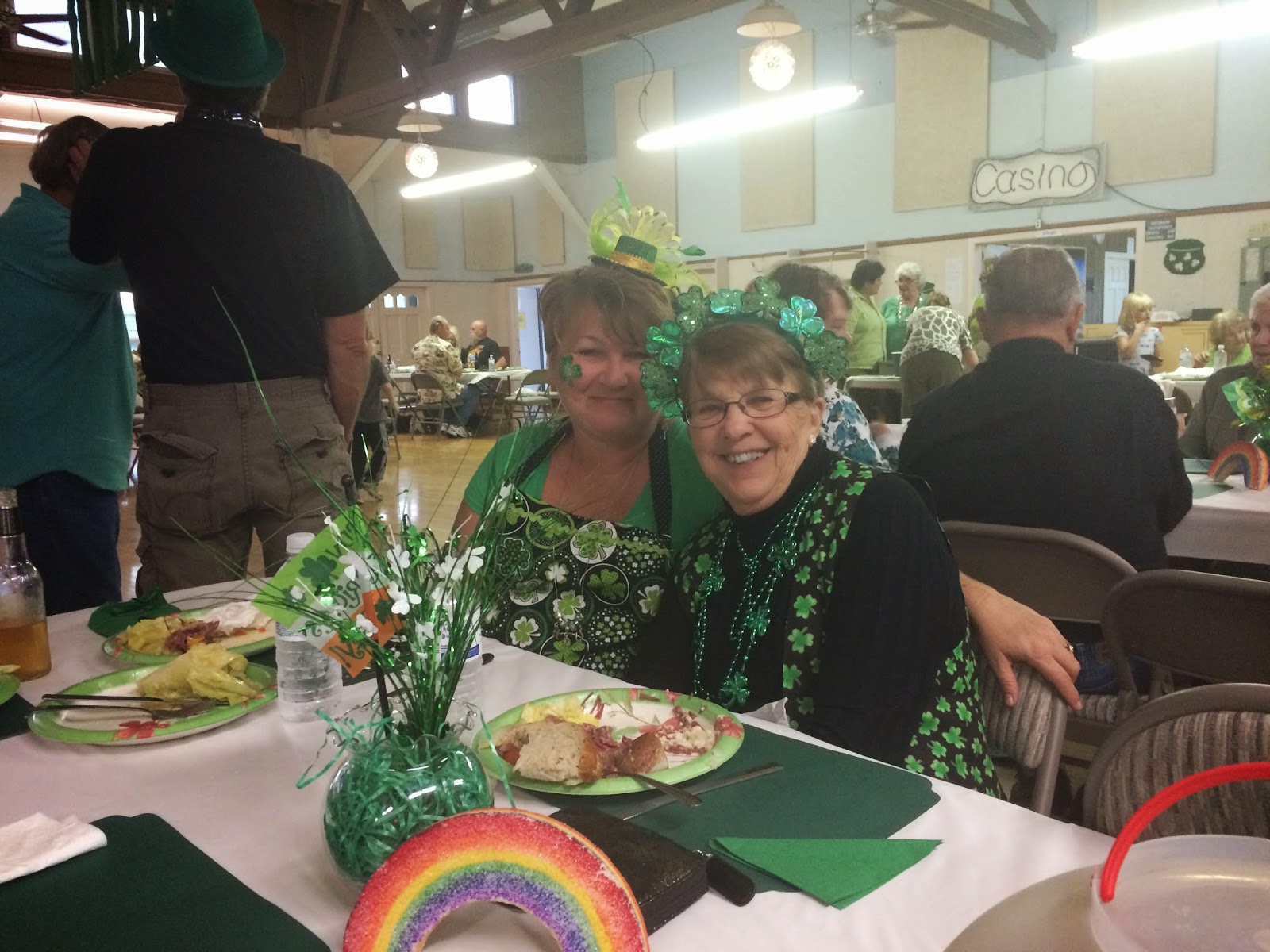 Who needs a selfie stick when you have super long arms? 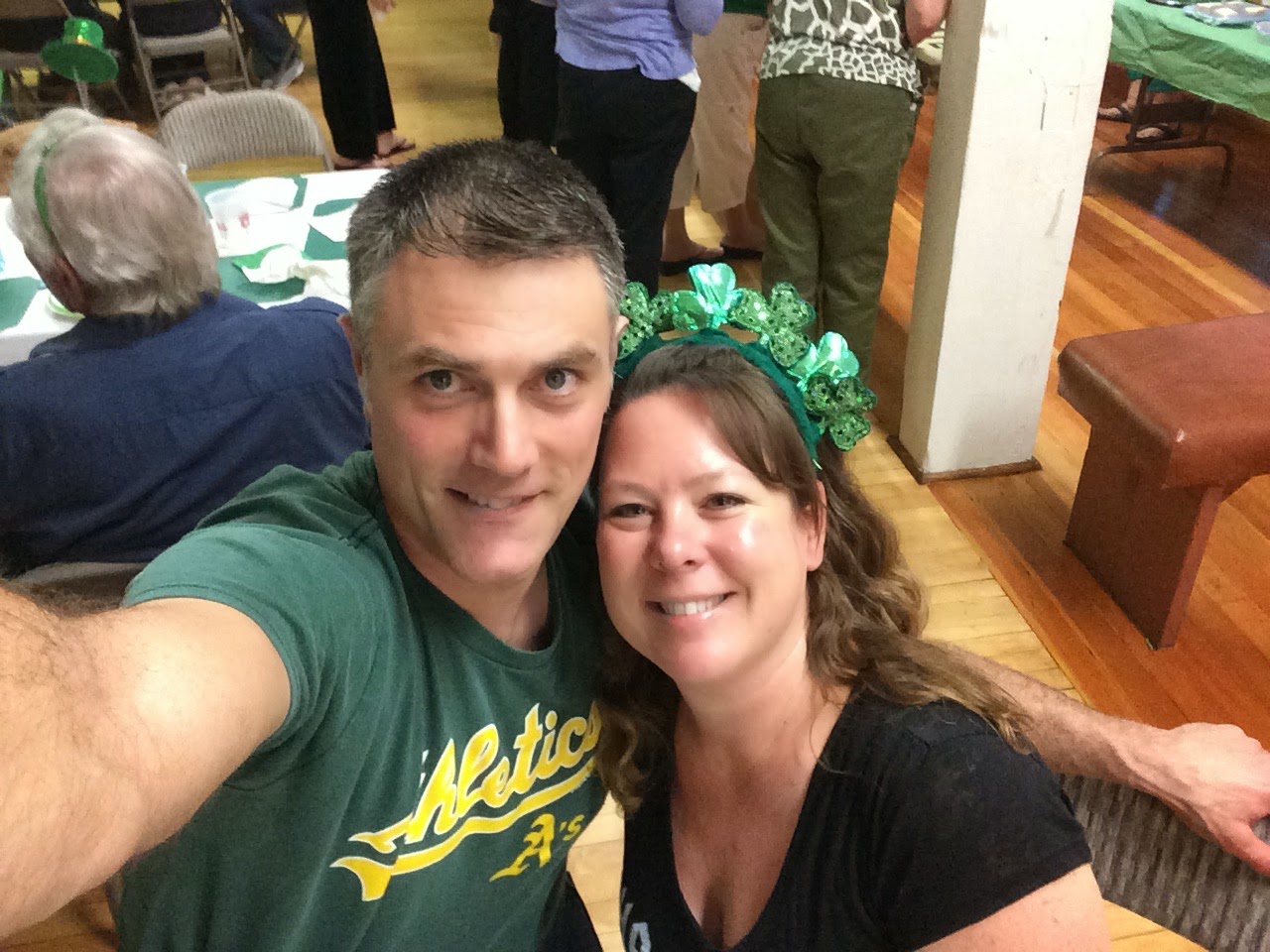 The dinner was pretty much over at 8:30 and we helped put away the tables and chairs and then moved over to the bar (it's all in the same building) for some drinks, more dancing and lots of good conversations! 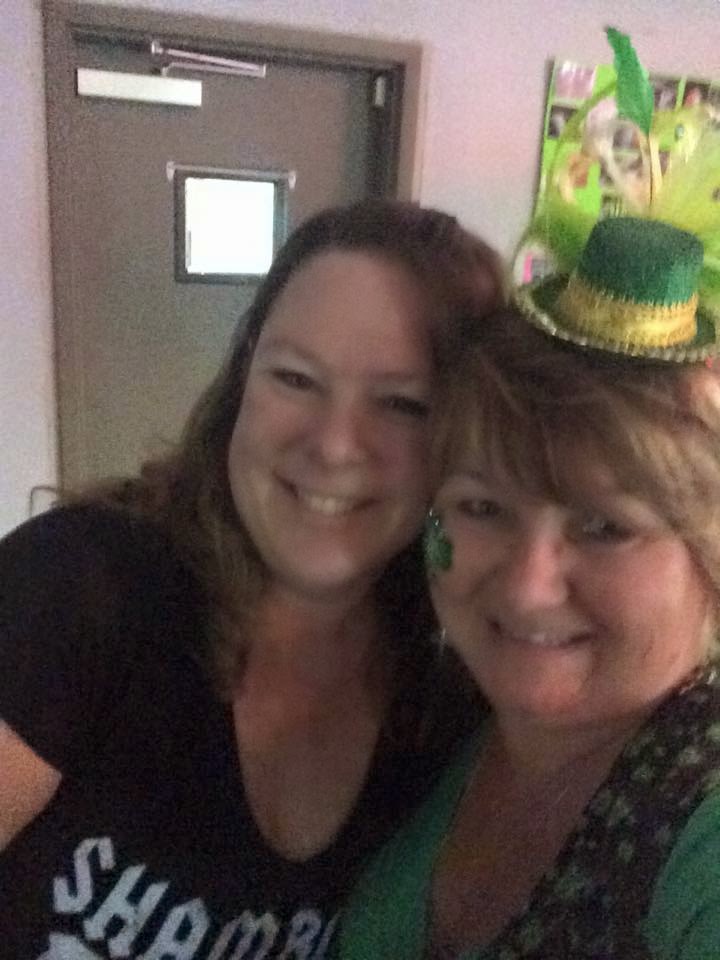 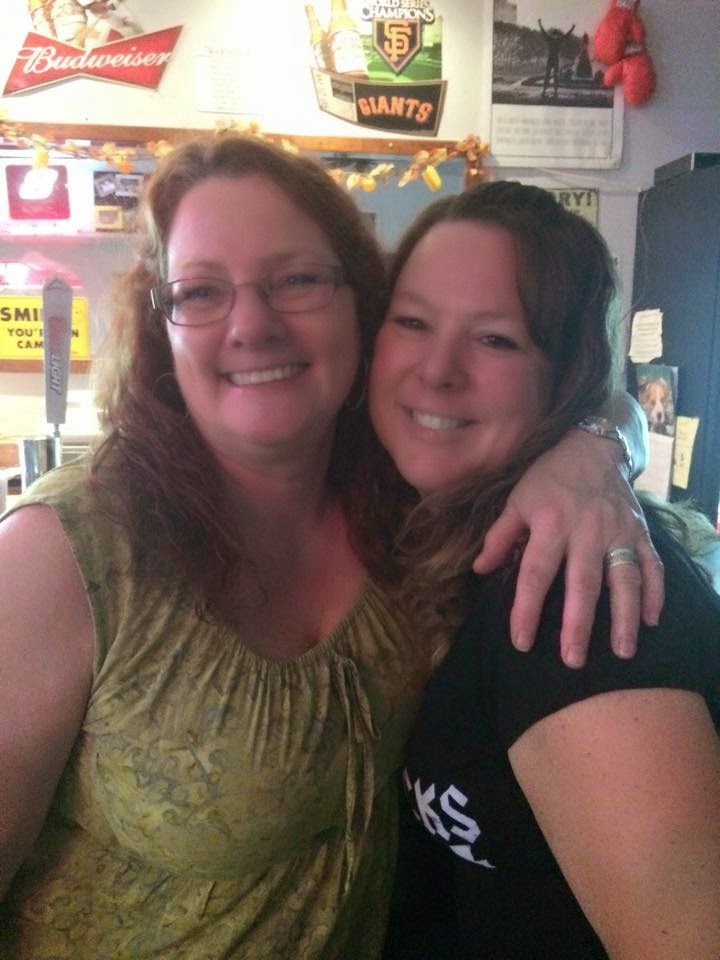 Grandma, my new friend Monica who is SUCH a hoot!, Bev and Tom, Traci's husband 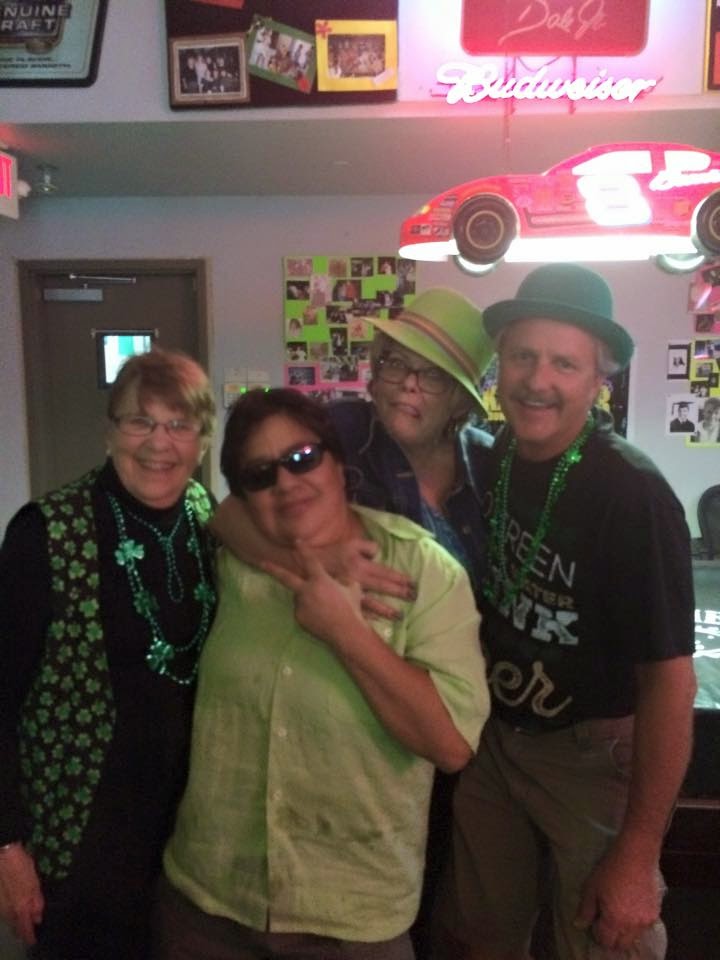 We hung out until a little after 11. Came home and sliced into that pie lol
Pin It
Posted by Julie H at 6:00 AM

yummo.
You always so such fun stuff.

That dinner looks exactly what your Mum cooked! I wouldn't ever try horseradish!