Way back a few weeks ago we took Melissa and her friend to Great America for her "friend's party". Oh EM Gee is that shit expensive.

If you buy your tickets online before you go and you have more 4 or more people going it's about $40 a ticket, then you've got $15 to park. Don't have anything to eat in the house before you go so you have to stop and get some breakfast. And gas. (1 1/2 hours to get there on a good day).

Then when you get there you can bypass the line to buy a ticket to get in but you get funneled into this huge mass of people waiting to get through security. For like an hour. I'm pretty sure the bulk of my sunburn that day came from standing in line waiting to get the wand passed over me to make sure I wasn't smuggling in any weapons.

Once we got through security the girls took off and I never saw them again until we met up to leave. Scott saw them once and they had two boys walking with them. I guess they somehow ended up hanging out with a huge group of choir kids from San Diego or somewhere.  So it was just Scott and Trevor and I. I had actually thought of not going since I can't really ride very many rides without feeling totally nauseated and messed up for the rest of the day. But then I was like ah, it will be a nice family day.

Which it was for the most part even though I spent most of my time sitting around waiting for Scott and Trevor to get off the rides.

Oh and did I mention that the food was super expensive too? Like $16 for a burger, fries and drink meal. Totally ridiculous. Next time I'm totally staying home. Plus it was early in the season so they didn't even have any shows going that weren't for little kids.

At least the kids had fun though. I kind of had fun. Staying home by myself might have been fun too though lol.

So here's a few pictures.

Scott and Trevor on some barf baskets 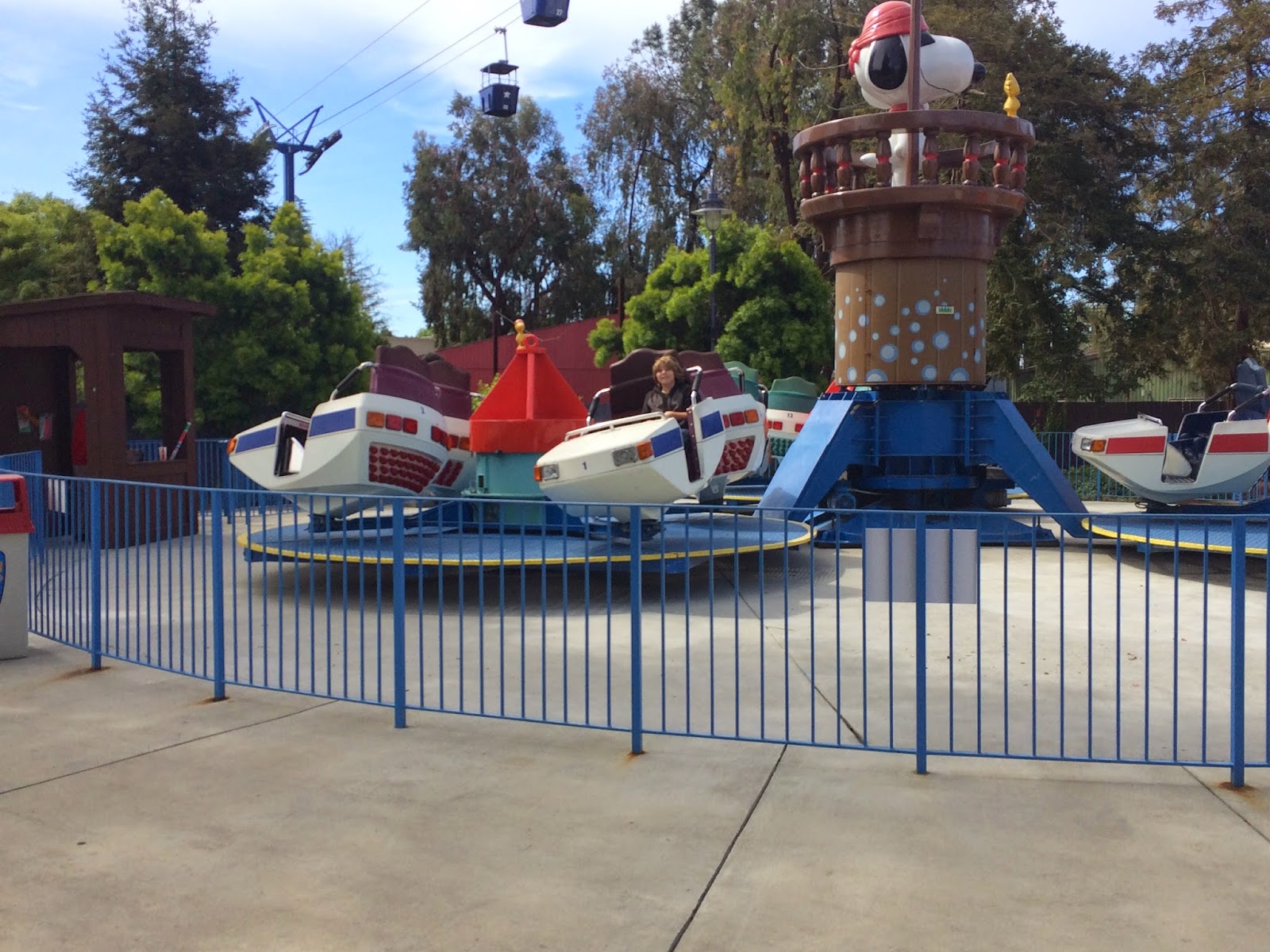 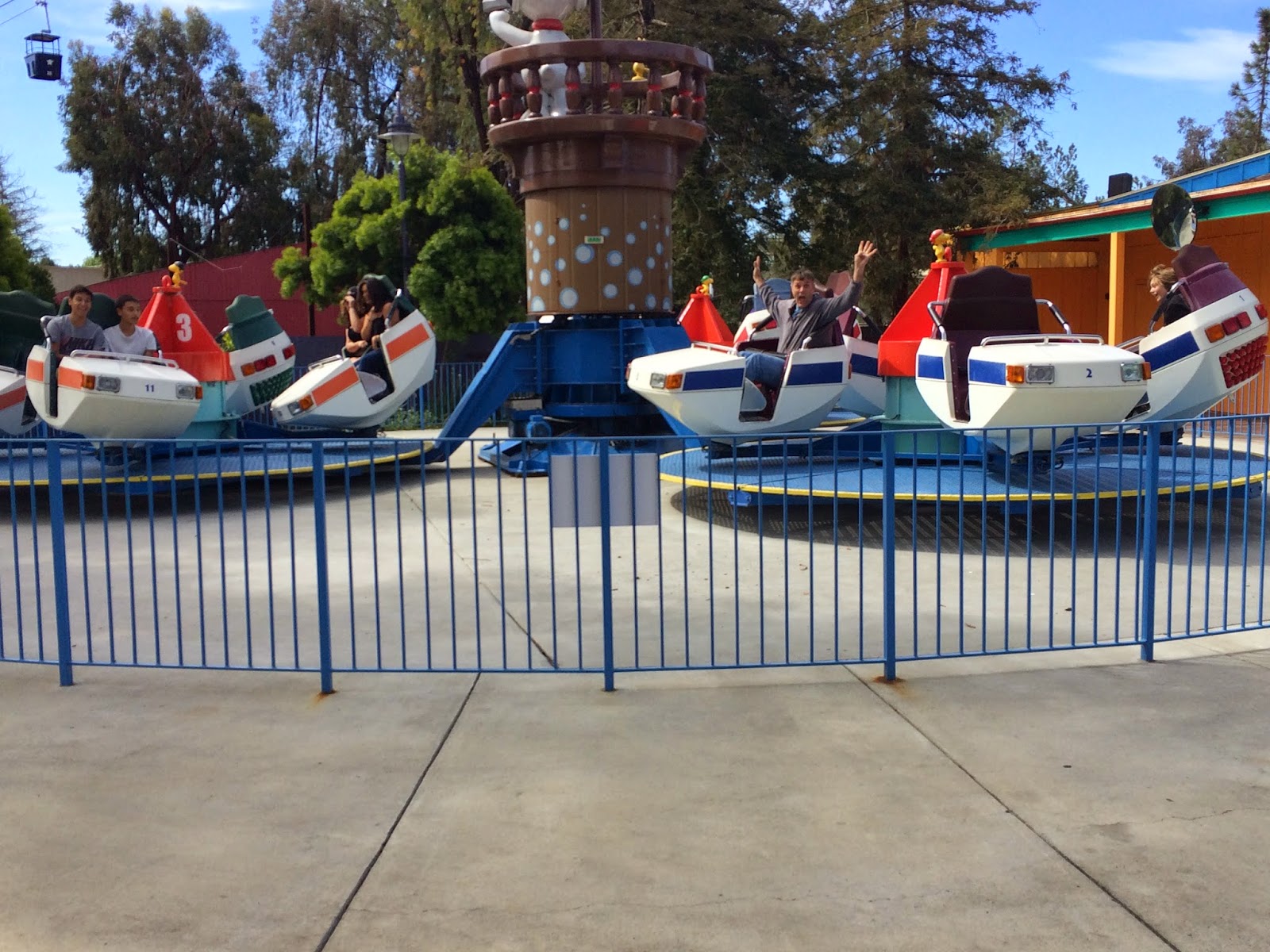 Scott and Trevor on a barf coaster 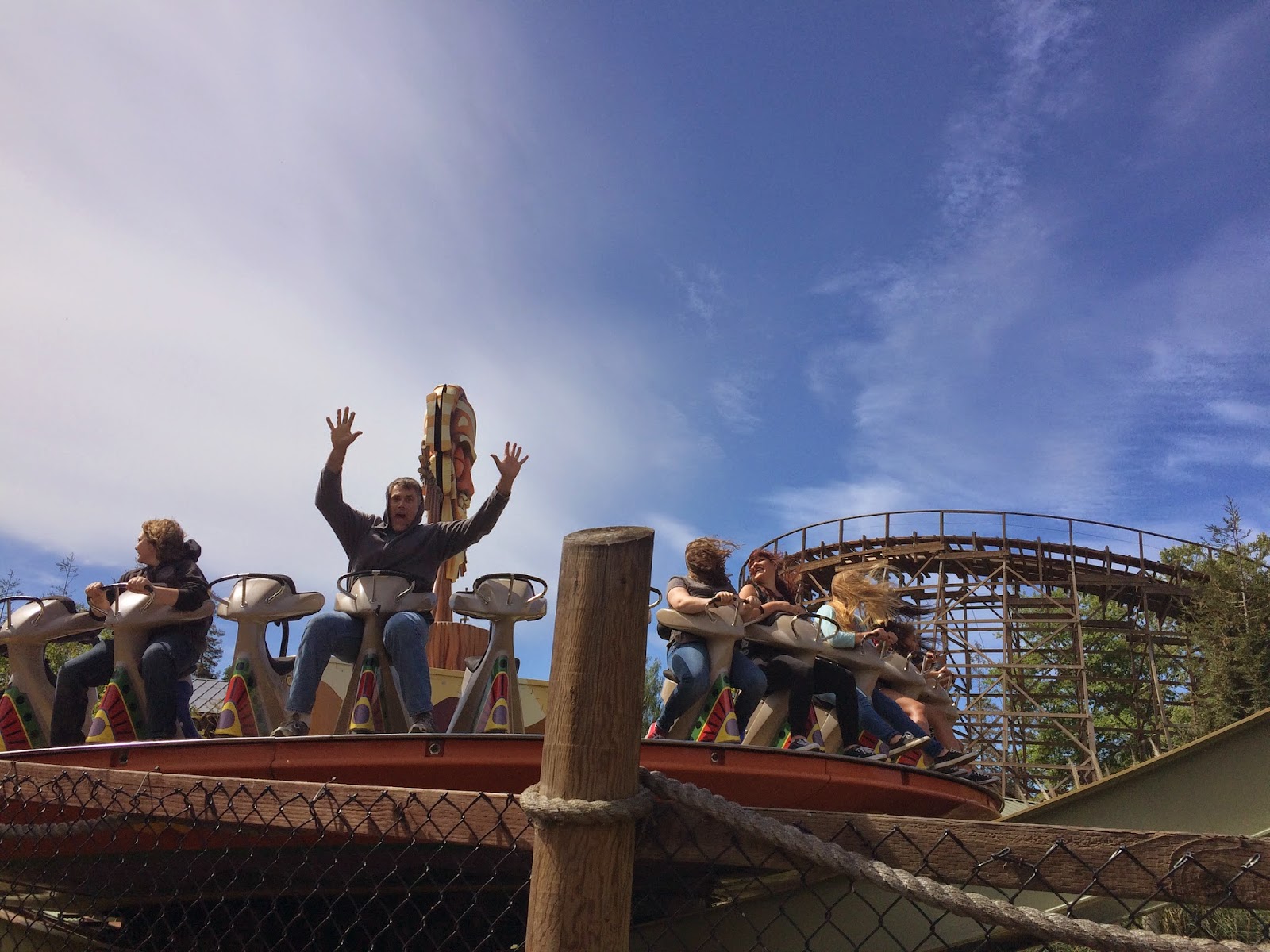 Oh look something boring I can do. 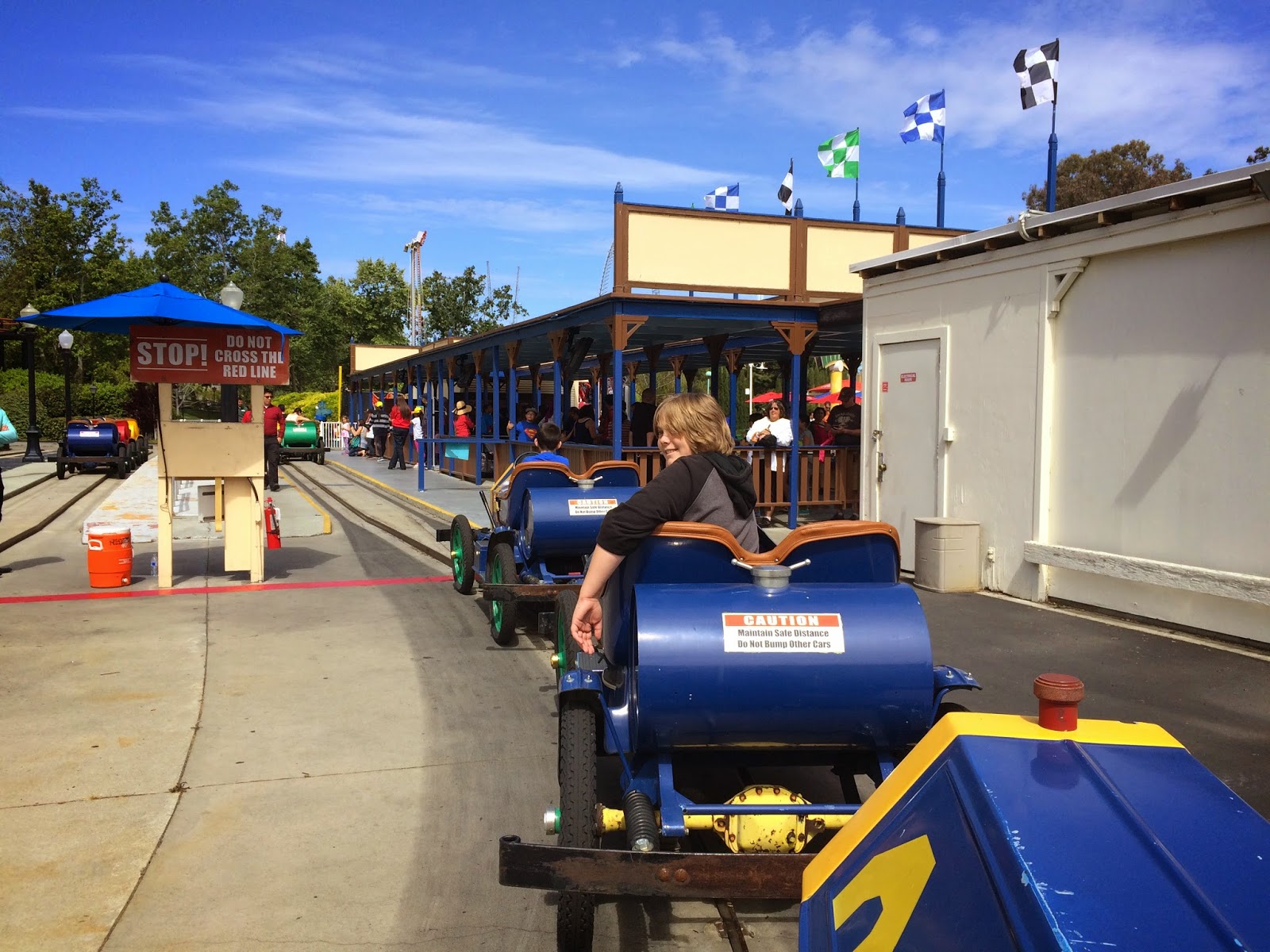 Hanging out by the new wood coaster, WHICH I actually did ride and it wasn't too barfy. 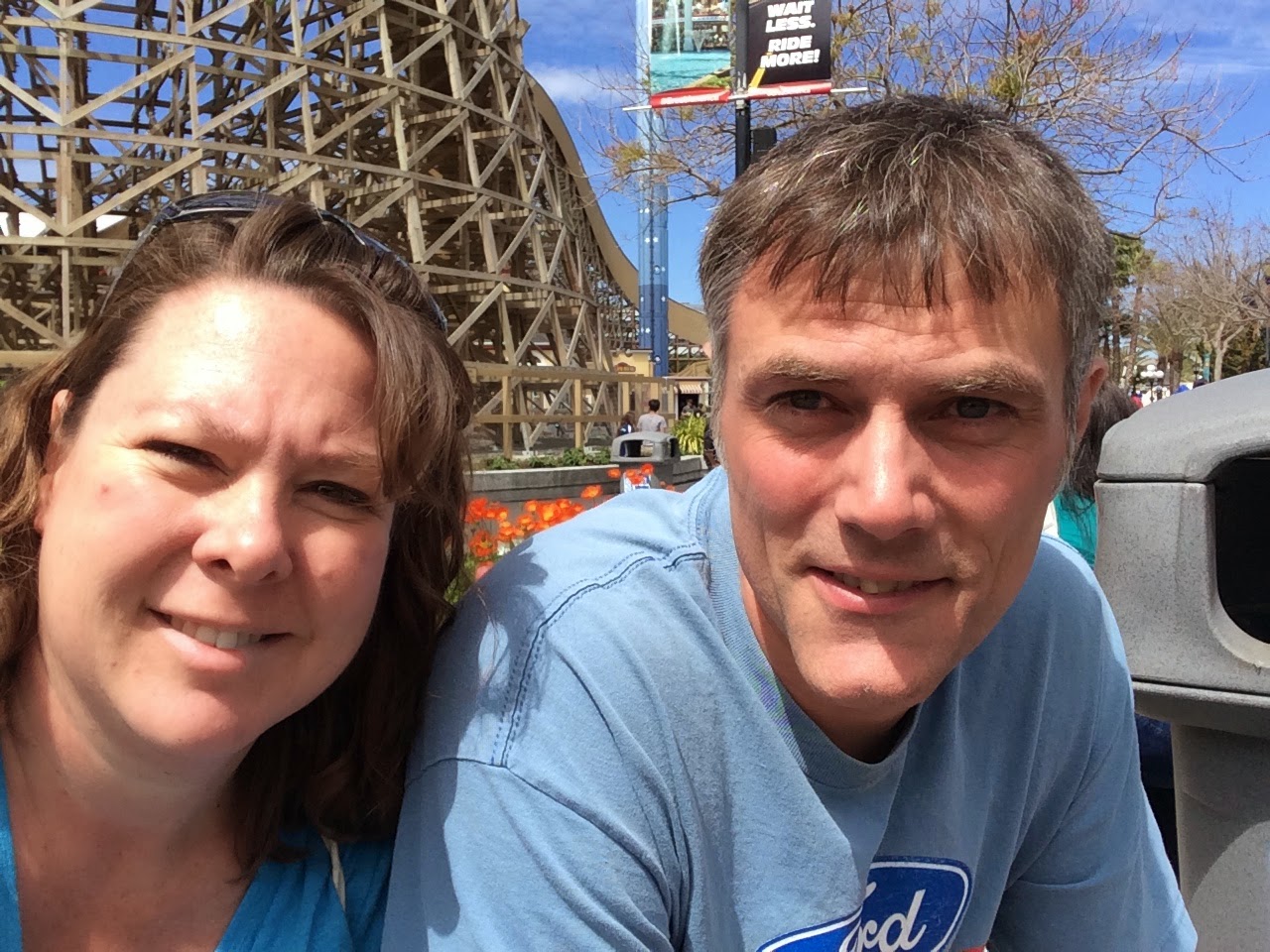 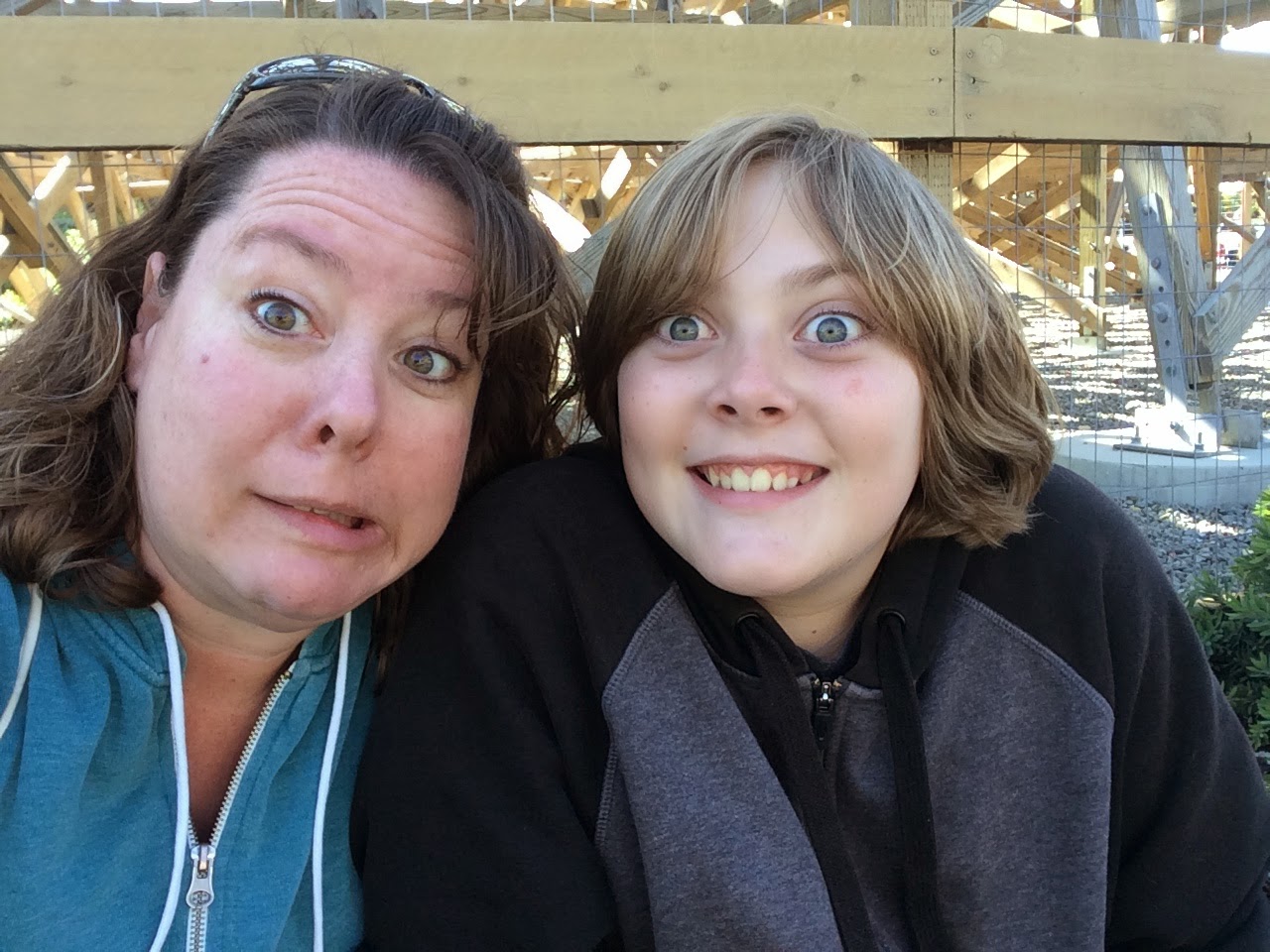 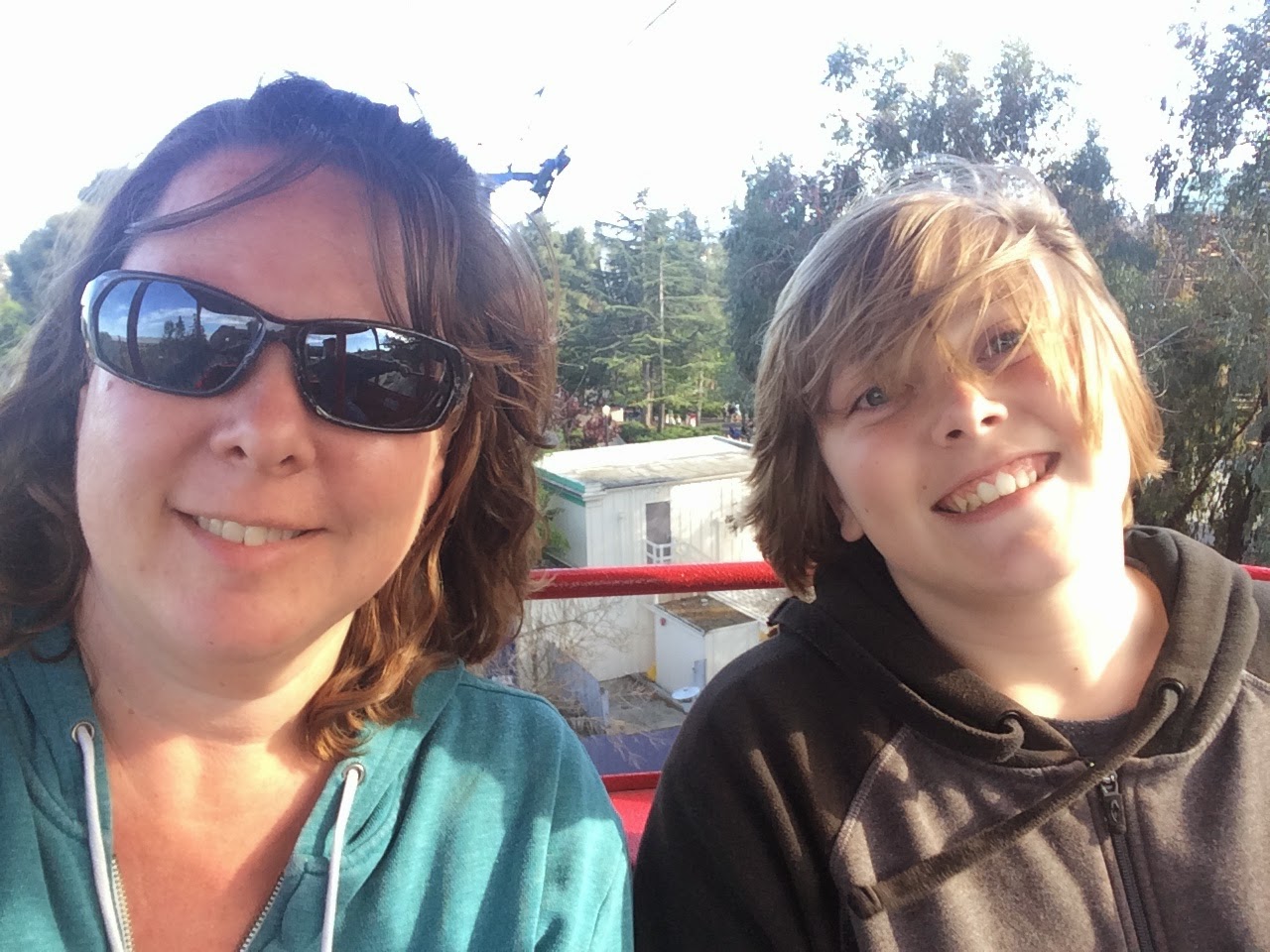 This girl was reading a book while we waited in line for the bumper cars. I tried to see what book it was but my eye sight isn't THAT good lol. 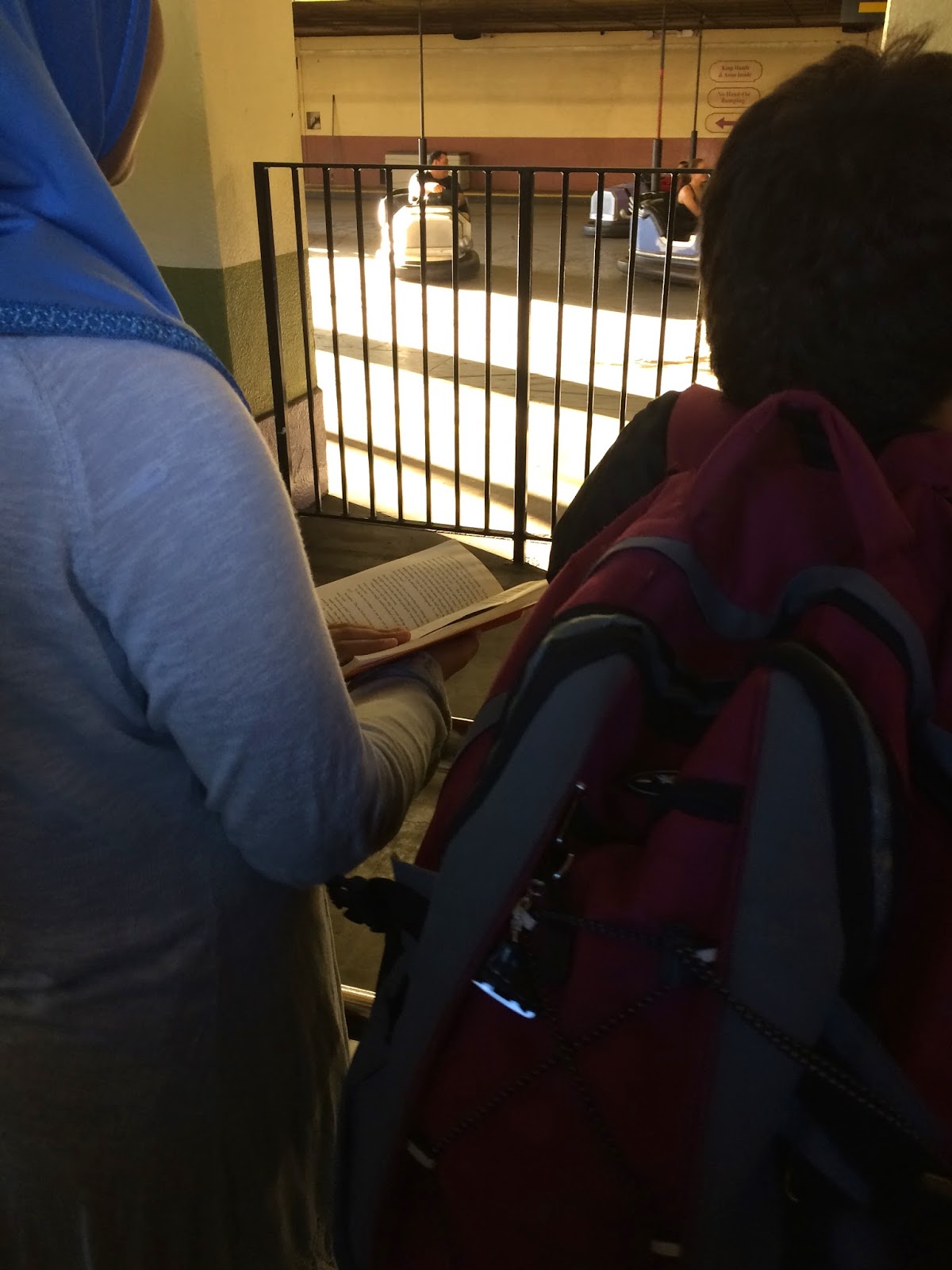 Scott  and I rode the carousel on the top deck. The whole time we were riding the girl in charge kept repeating to stay sitting down because some little kid wasn't listening. That was enjoyable. We were talking about it when it was over, about how when we were kids they'd stop the whole ride and throw your ass off. 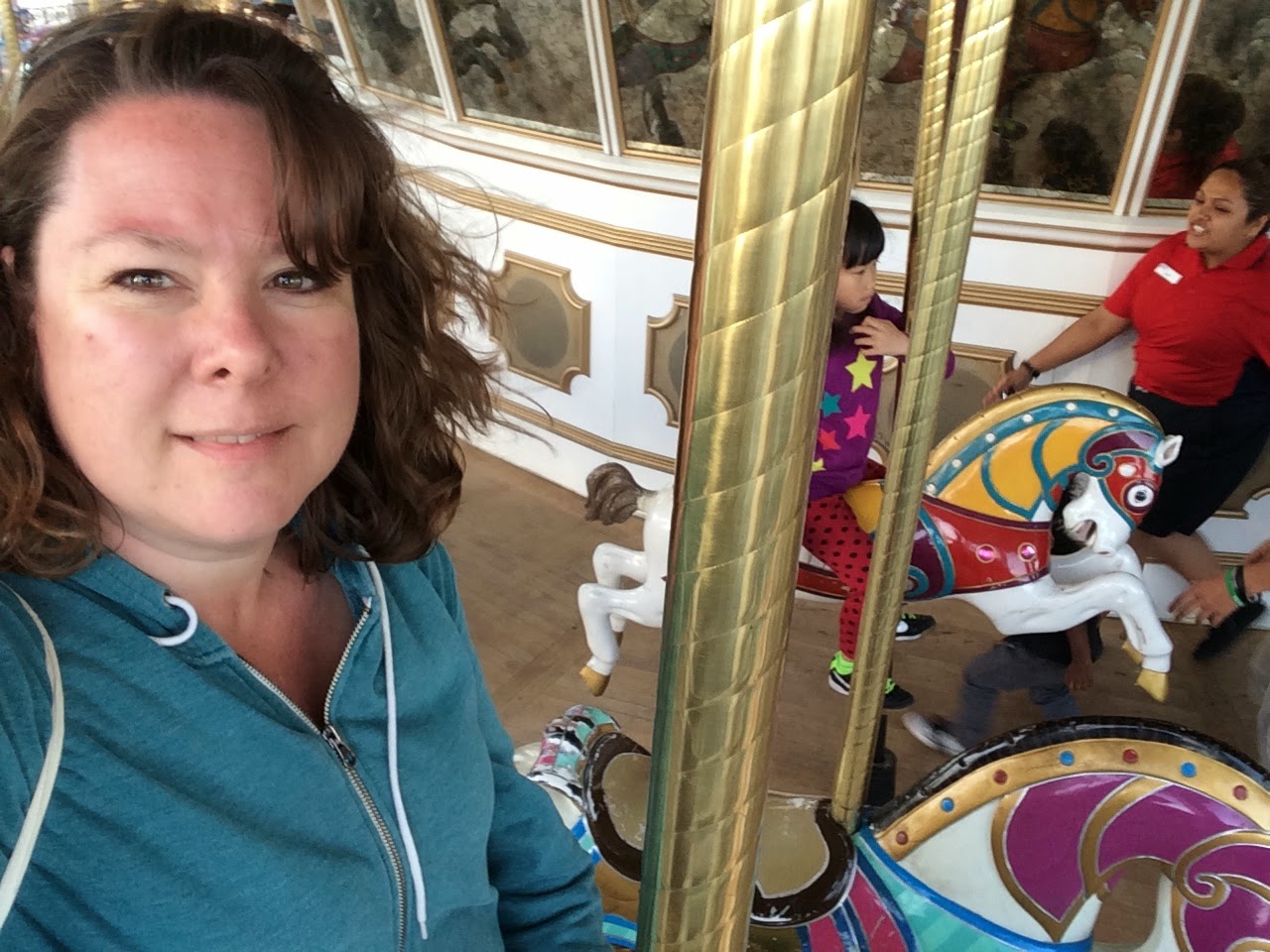 So that was fun! Birthdays done until next year! Well Jess is 21 on the 29th of April but she won't be here until June. Then we'll have a nice party at the house and it will probably rain lol.

I get sick on any ride that spins you around... so am limited to what I can ride too.

I hate circle rides too!!! But give me a looper roller coaster and I am in heaven!!!! Looks like a great day at the park!!!