I got one of these Veggetti Pro's for Christmas. This is the first recipe I made with it. I ended up over cooking my "zoodles" a bit I think, but it was still good!

Chicken Zoodle Lomein. One thing to notice for this recipe is that it is for TWO SERVINGS. Yeah should have noticed that before I made it so I could have doubled it lol. 313 calories and even Scott liked it. Oh also it's supposed to have bok choy in it. I could have sworn I bought bok choy, I remember putting it in the bag? But it never made it home with us. So mine is bok choy less. 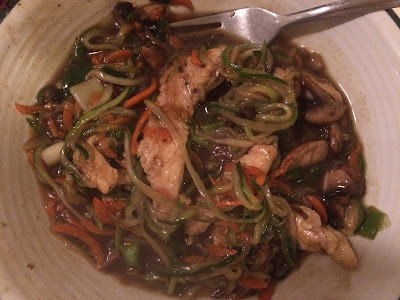 Cilantro Lime Chicken Thighs. This recipe is the bomb (also see my sauteed zucchini and carrots in the back there lol). The meat was so so tender. The left overs were fantastic too. I did remove the chicken skin because, ick. I'll make this again sooner than later. 262 Calories 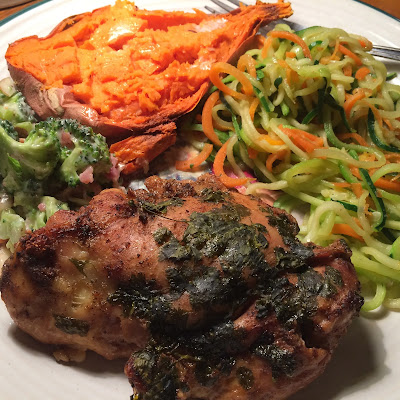 So I made these Egg Muffins. They are supposed to be made in ramekins but I don't have those so I decided I'd just make them in muffin cups. I think I should have adjusted my time for the smaller "cups" but I didn't and I didn't check on them while they were cooking. Imagine my surprise when I opened the oven and saw this! I also used ground turkey instead of ground beef. 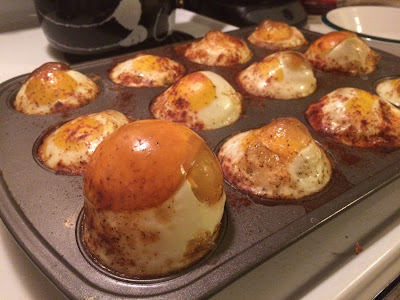 I ate them for breakfast for 2 days and then decided I didn't like them so I need to toss the rest. Probably if they weren't over done they would be good. I was imagining a nice running yolk, but yeah that didn't happen. 120 Calories each 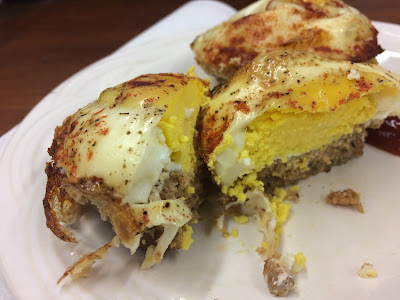 These Ham Quiche Cups though, I've made them a couple times now and they are really good! I used pepper jack cheese in mine. I buy the larger slices of ham and just cut them in half for each cup. 94 calories each 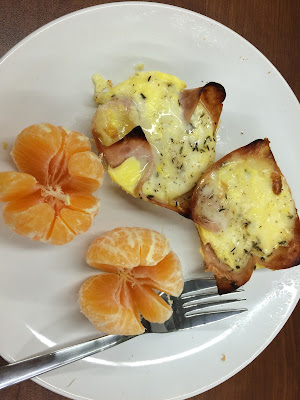 Herb Roasted Chicken Thighs with Potatoes. I thought this recipe looked really good but I didn't take into consideration how much grease was going to be coming off those thighs into the potatoes. Which, yeah it tastes good but it's kind of greasy and all. The skin was removed before cooking. I had 9 pieces of chicken so I made it 9 serving for 159 calories a serving. It was good but probably won't make them again. 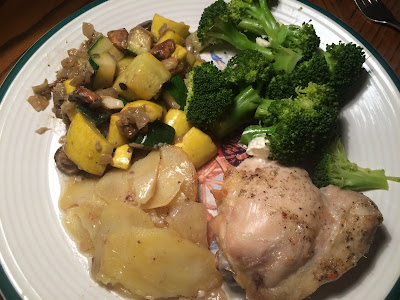 Well done you on trying new recipes. That is something I should do, our meals are boring.