I have a ton of catching up to do again because I've been so BUSY! I swear life is just constantly taking over my "I just want to lay on the couch" time.  I'll start with Easter and then go backwards to catch up!

The kids and I dyed Easter eggs Saturday night. I may have tapped out after about 4 and told them to text me a picture when they were done because it was after 9:30 and I couldn't even keep my eyes open. I had went to a work training for the whole week before and then had to do party prep stuff all day Saturday) 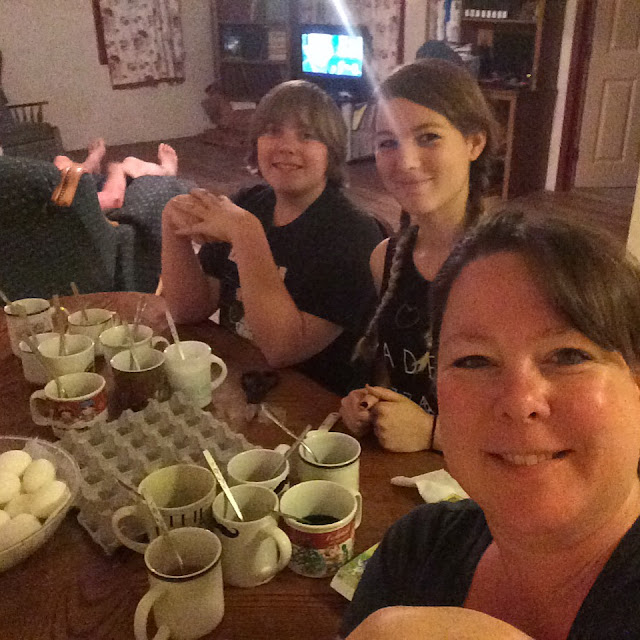 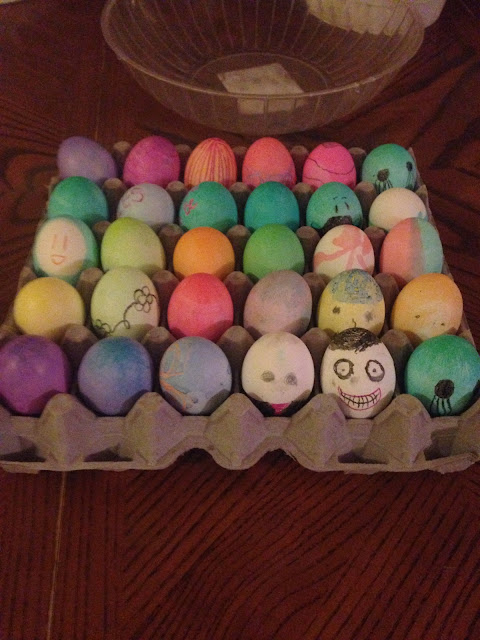 Those eggs may have still been on the table when I got up in the morning. I swear nothing gets done right if I'm not supervising. Scott said we wouldn't die and we put them in the fridge. No one seemed to keel over so I guess he was right.

Sunday morning Scott made us waffles (per my request since I hadn't eaten them in like a month as I was trying to go flour free until Easter) and then I spent the rest of the day having a mild stomach ache go figure. 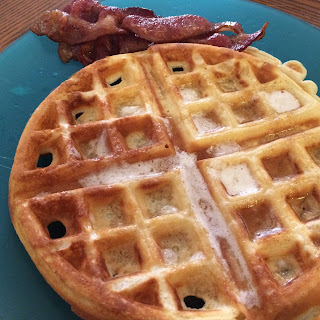 Then it was onto cleaning like a crazy person and trying not to lose my shit but not being successful because my husband likes to do things like fix a fountain that's been sitting there for 4 plus years instead of cleaning the tables and chairs that people are actually going to use. My friends all assure me that this is just a man thing lol.

I put together kebobs for an hour and Scott BBQ'd them. We have a TON left. I was going to make stir fry for dinner tonight but decided to eat left over nachos instead. Priorities. Now for a ton of cute pictures! My sister in law brought her nice camera so the really good pictures are hers ;) I'll keep most of the pictures smaller to help the page load faster. Just click on them if you want to see them bigger. 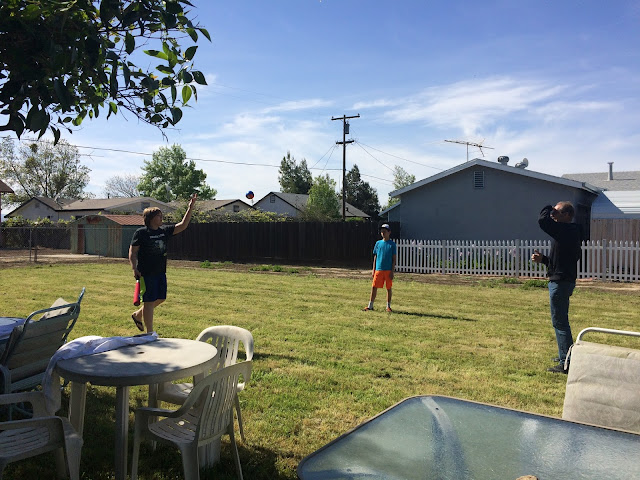 This is my cousin Robert who my mom is taking care of right now. 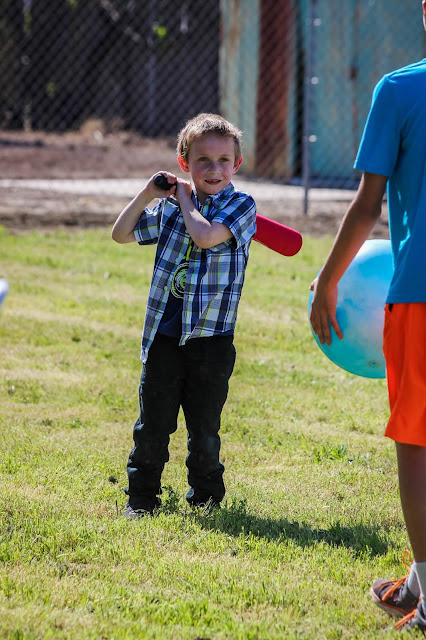 The kids were playing with a kite. I missed this part because I was making 1000 kebobs 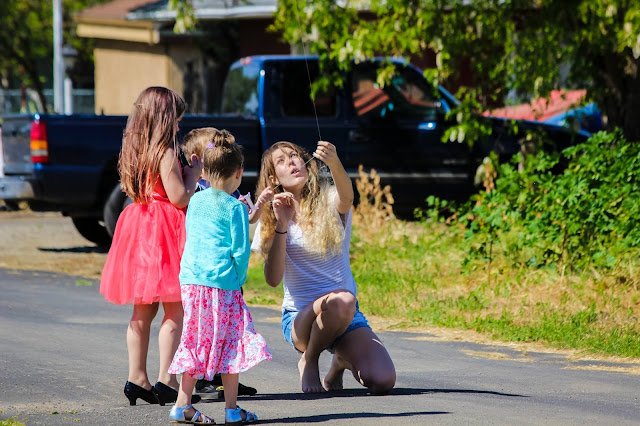 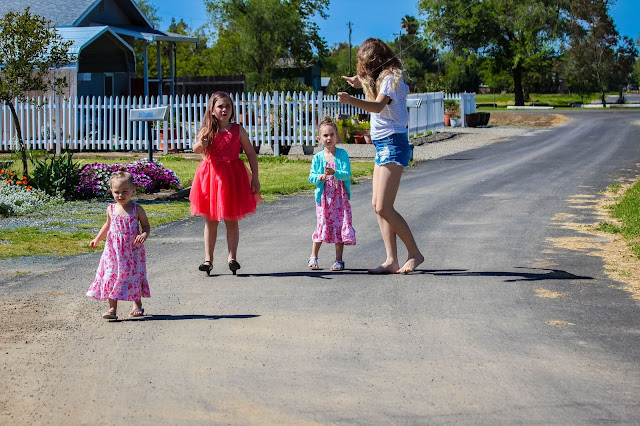 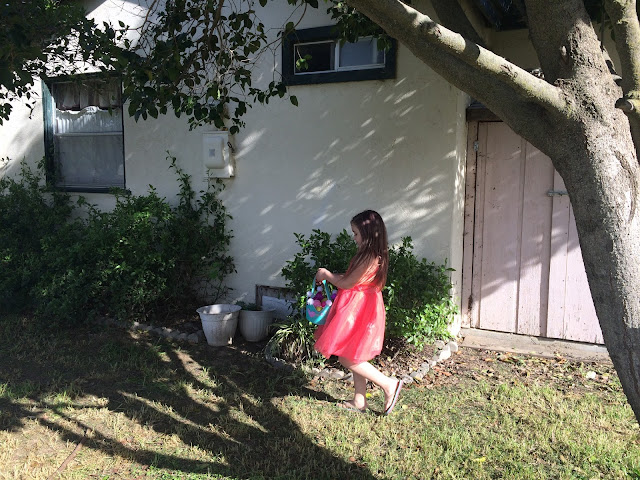 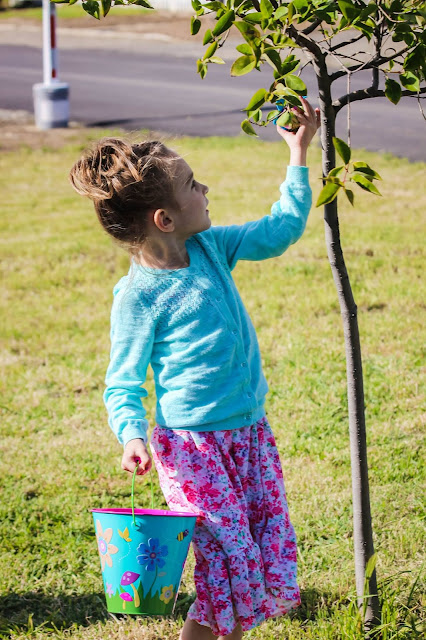 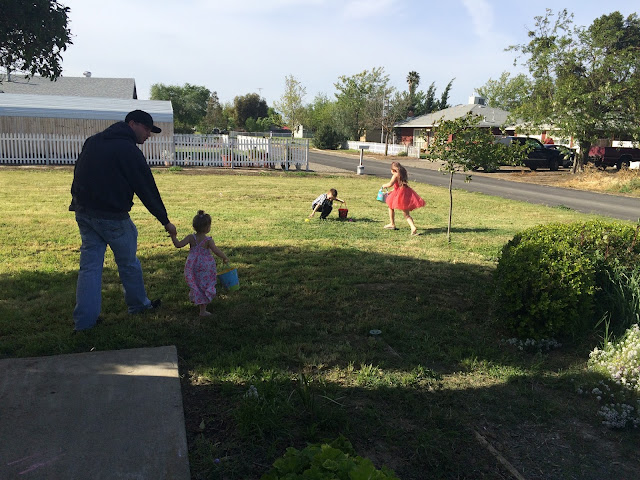 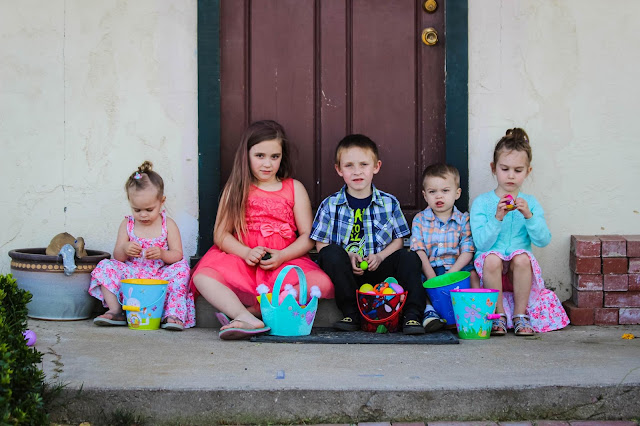 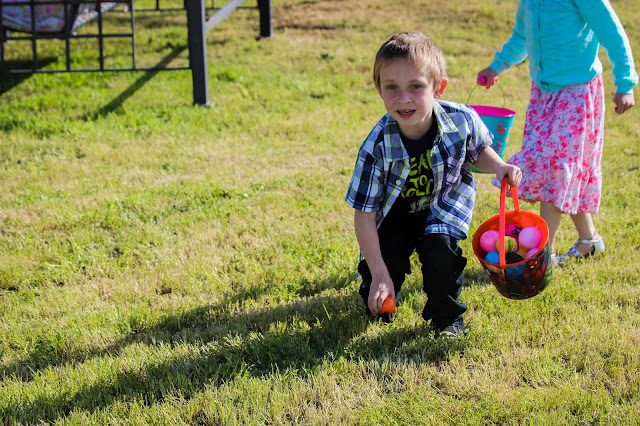 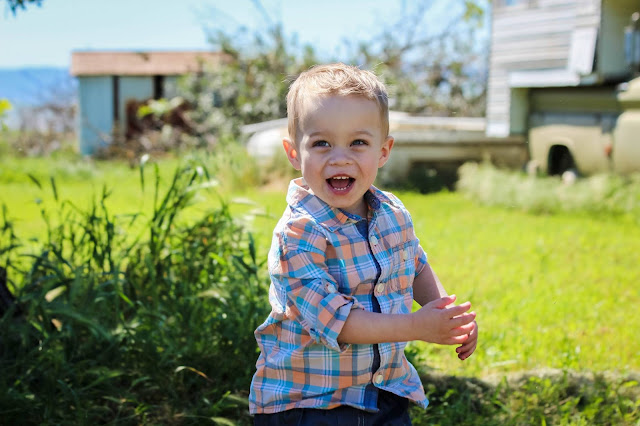 After dinner we went for a little bike ride. Scott and I started out on the tandem but the tire blew out (LOUDLY!) While we were moved over to the side my MOM RODE A BIKE right by me. I have never seen my mom on a bike. 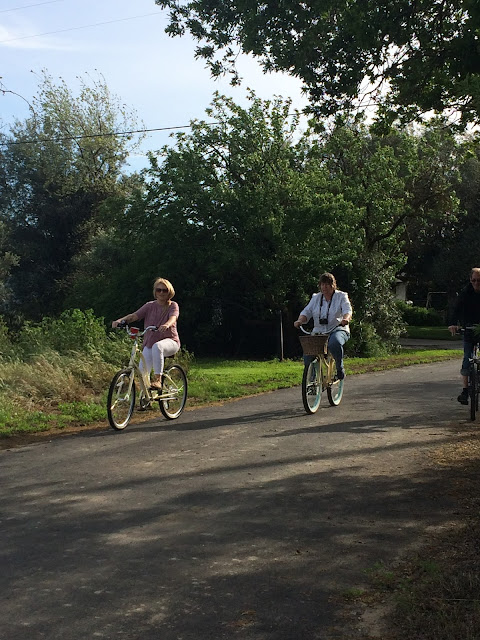 She bailed on us though and rode home. 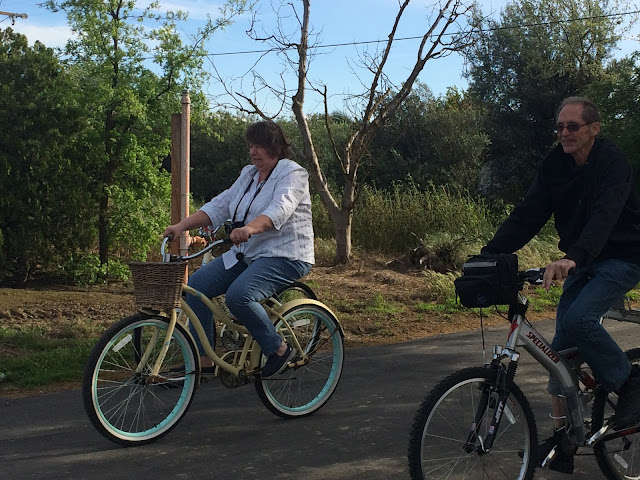 I started walking and Scott went home and brought me back another bike. The kids wanted to go to the playground so we went there for a bit. 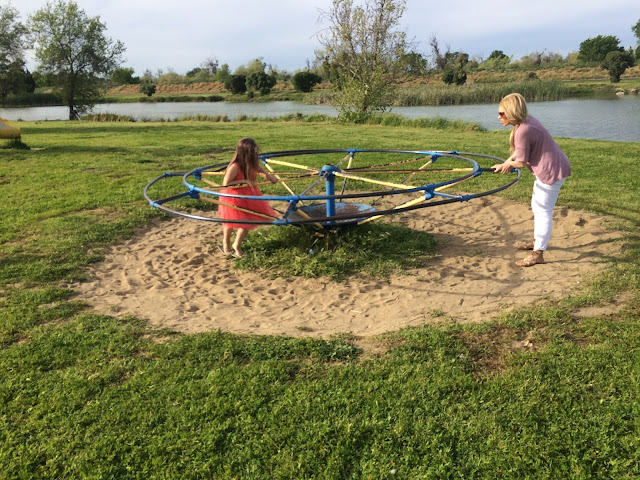 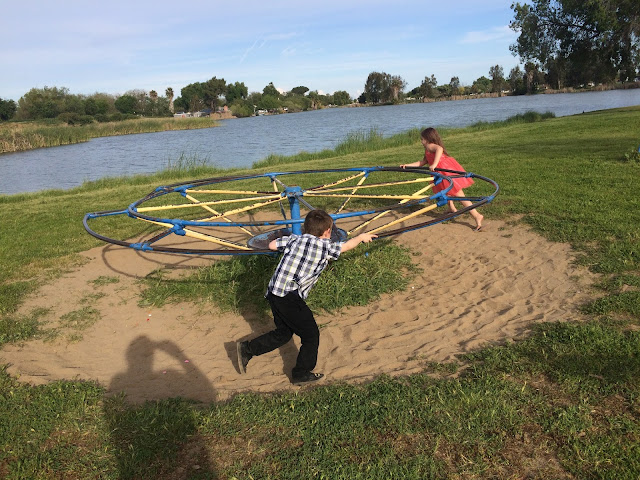 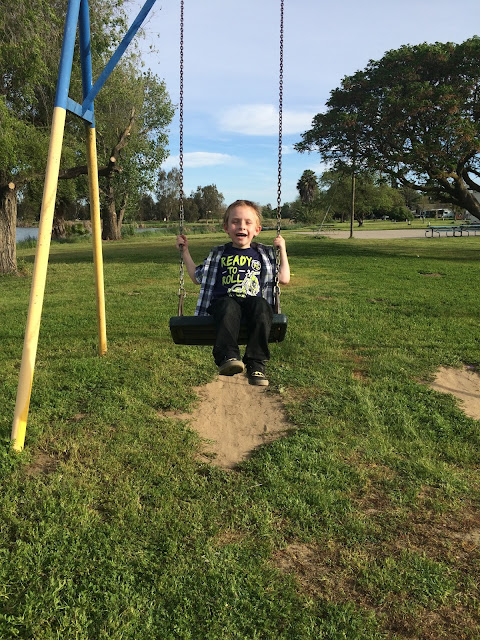 Robert managed to only take a couple breaks with his scooter. Zoom Zoom 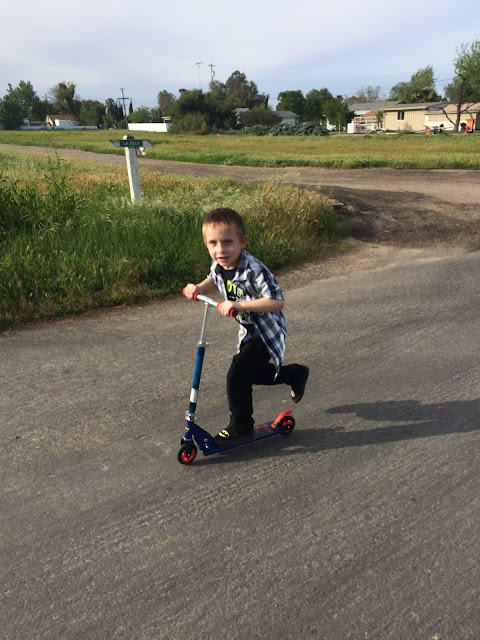 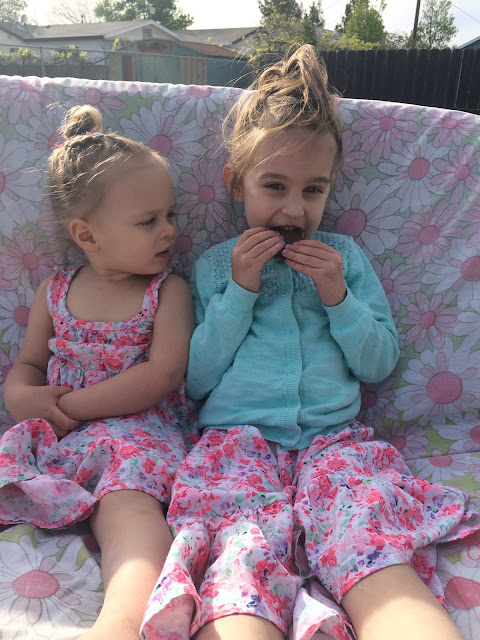 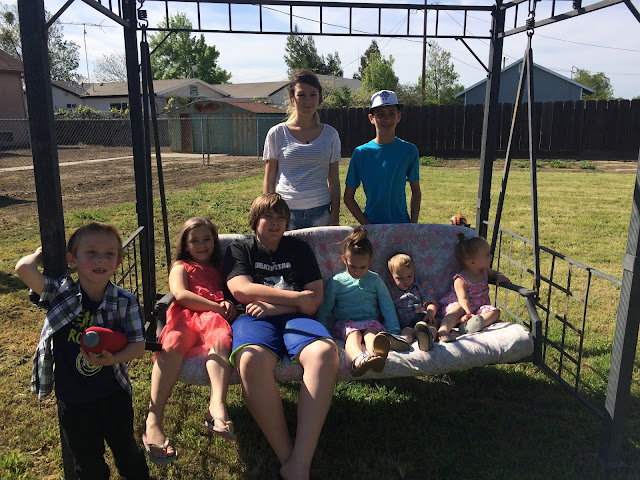 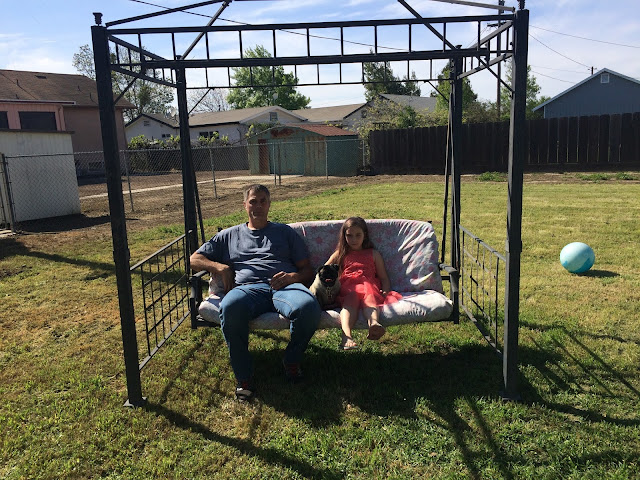 and some cake and ice cream to celebrate Melissa's birthday with the family. Her birthday is April 8th but we always do it on Easter to cut down on the parties for the family. 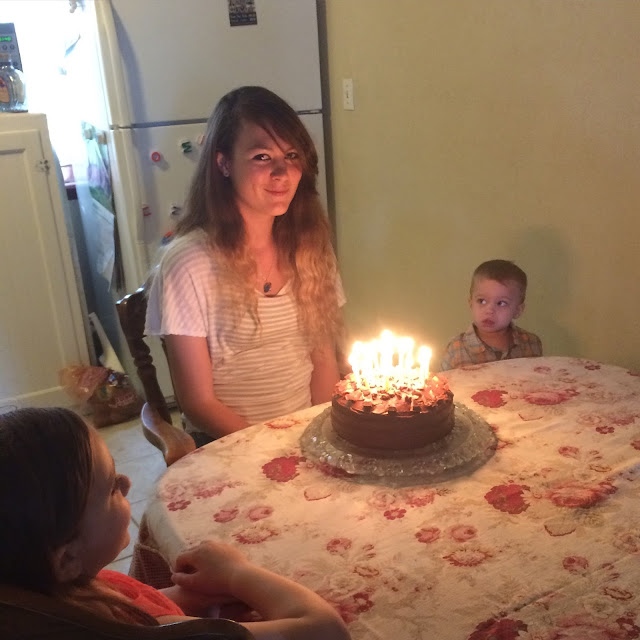 I have a few more but that covers most of it ;)

Looked like fun, but the poor Melissa who's birthday is joined with a holiday.
I would hate that because I'm a brat!