Good morning happy Juneteenth! I am off today for the holiday but also off for another week. It has been so wonderful. Makes me not want to work anymore haha.
Scott came and got the day bed and took it to his mom's house to sleep on so I pushed everything against the wall and ahhhhh it feels so much better. Now I can see through to the kitchen/living room depending on what room I'm in without the couch in the way. 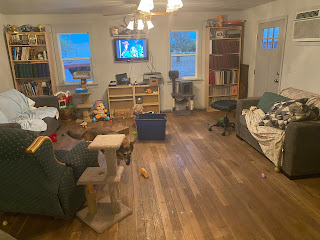 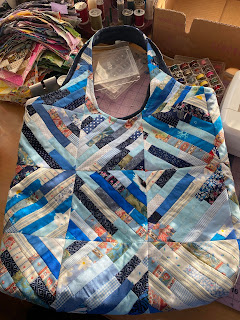 and THEN found a couple spots where the fabric came out of the seam. So sad :( I attempted to fix this one but it looks poopy. 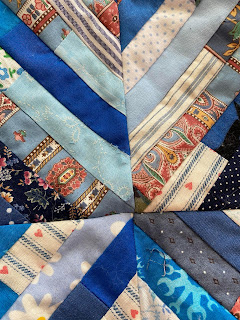 and this morning found another one when I went to take the pictures. I think I might do some embroidery floss stitching on it. It is lined so I can't just sew through the whole thing and it is way too much work to take it apart. 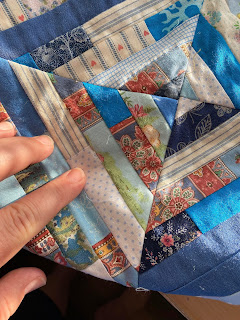 In the evening Jess was ready for Daniel to come play. He had a great time. Between him and the dogs they were super busy haha 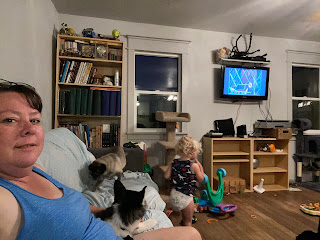 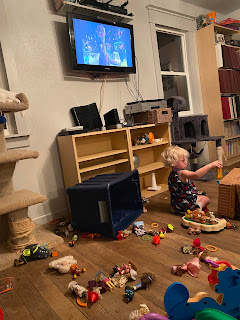 Scott forgot his phone so came back for it and hung out some more. Daniel LOVES him and cries when he leaves. 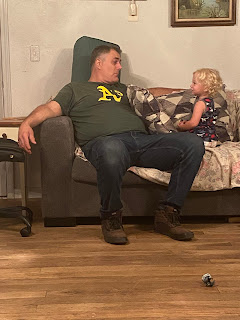 We watched Toy Story again and then we were watching Monsters University but didn't finish it because it was getting too late and I couldn't keep my eyes open. 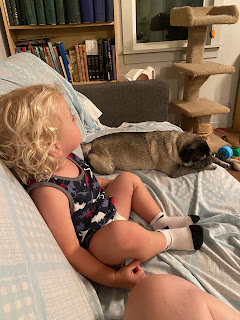 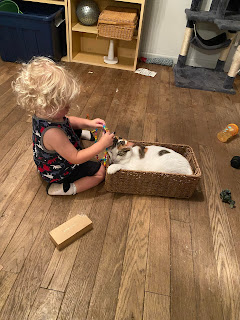 Lucy is like we're supposed to be in bed now.. 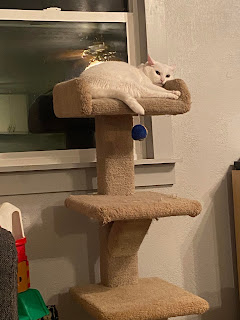 Today's plans are to play with the tote bags some more and then later there is a bbq at Jessica's house for Daniel's dad and siblings. I'm probably just going to go and not make anything since it sounds like they had it all covered. Not sure what time that is happening though. Probably end up with the little guy over here at some point.
The pups just finished up a wrestling session 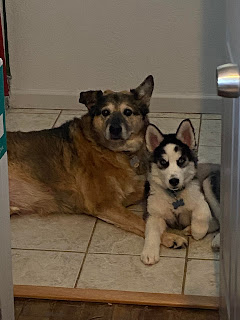 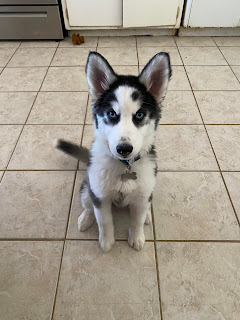 I house-trained Izzy within 24 hrs. We used bells that were on this ribbon. When she needed to go out she would ring the bells. Within 24 hrs she had it down and then she began to F-- with me. She would ring the bells because she knew we'd take her outside. When I was working she would ring the bell and I would frantically try to get off the phone (work at home) and run downstairs so there were no accidents. Then her tail would go nuts because she was so happy and we'd go outside and she didn't have to go. So I took those down after a couple of days of that. But she also rang it when she had to go out. But by the 3rd day I knew she knew so I got rid of those bells and gave them to my neighbor to use. Worked for her too but her dog was a bit slower, I think it took her a week. You should try it really works.

@Peg, she's getting a lot better, I just have to pay attention when she comes to get me. Also sometimes she wants to just hang out outside too lol