The last few days feel like they have just flown by! Probably because I've been so busy! Wednesday Jessica had her driver's license test and PASSED! So we now have a teenager with a license! 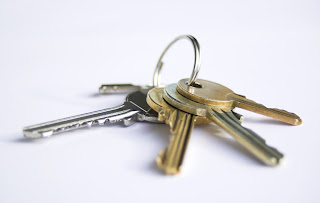 So we've been working on getting my old car up and running and registered for her. Scott took it yesterday to get smogged and it passed. Today I'm going to have to go down to DMV to get the registration paid (it won't let me do it online) and new tires, then she should be good to go! Hopefully it runs good for awhile and she doesn't get stuck anywhere. I keep remembering that I did get a new car because this old one was acting up.

So far we have no plans for New Years Eve (tonight!). Weird. I think Jess is going to her friend's house to spend the night so it will be just us and the little kids. I sent my brother a message to see what he's doing but so far he hasn't responded. I have a turkey in the fridge so I guess I can put that in and pick up some other stuff to snack on. Might be a night spent scrapbooking!

I've actually been working on my scrapbooking a little bit, which is fun! I'm still working on catching up Jessica's album. I'm in the summer of 2009, so not too much to catch up I guess. Hopefully it's caught up before she turns 18 lol. That will probably be the cut off of me doing scrapbooks for her unless she asks me to. We shall see! It's so weird that she's getting so grown up. Time sure does fly doesn't it!

Lucky for me I seem to be getting over my cold quickly. Which is AWESOME. I'm so glad it's not going to be a one month coughing fest!

Happy New Years Eve everyone! I hope you have a fun and safe night!Pin It
Posted by Julie H at 10:10 AM