So I started off with these from the thrift store. They are candle holders and saucers. 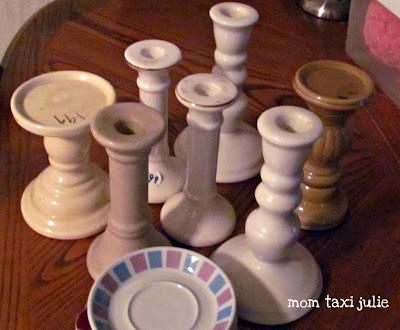 and now I have THESE! 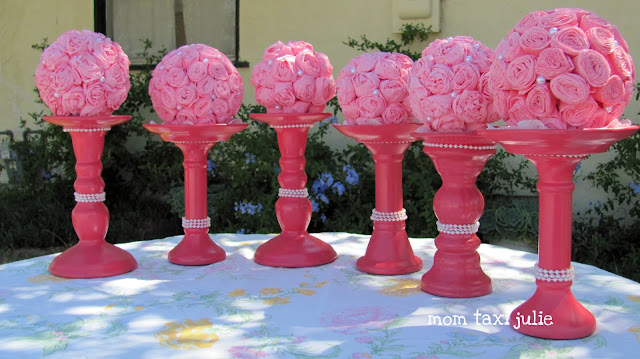 I have to say I'm quite proud of how cute they came out!
I used Gorilla Glue, Krylon Primer and Spray Paint (Watermelon color). 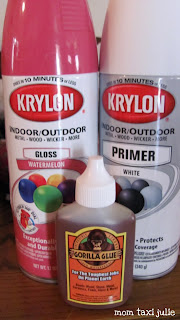 I didn't take any pictures of the gluing process. I put some of the glue on top of the clean candle holder and then stuck the plate on. NEXT time, I will turn the plate upside down and then stick the glue on the candle holder and have it upside down while it dries.Does that make sense? Easier to center the plate that way.
If you use Gorilla Glue, make sure you don't use too much. I was worried it wouldn't stick very well so I used too much on a couple of them. As it dries it expands and I ended up with some drips and bubbles.
Also, you might want to wait a day before you spray paint. I was all excited and did it the same day
and it dripped more after it was painted so I had to touch it up on one.
I bought a small foam sanding block. It was such a fine grit it did NOTHING. Next time I'll buy a little heavier.
Here we are all primed up, aren't we pretty?
Another thing I would do next time is turn them over and do the bottoms of the plates first. 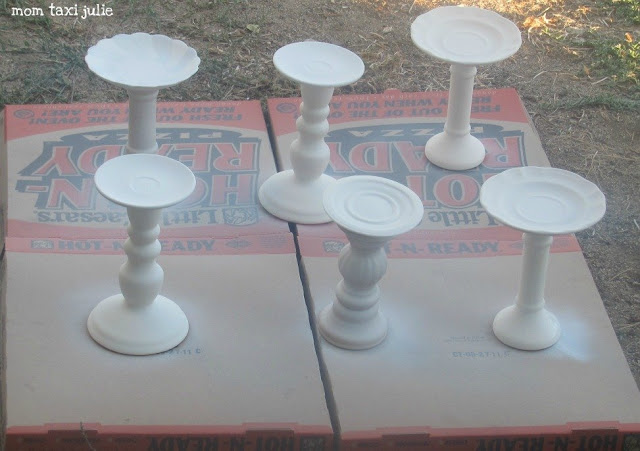 Then I spray painted. Again, should have done them flipped over first. I just did light sprays
and kind of walked around them in a circle getting a bit from every direction until the were all coated. (This is only the 2nd time I've ever used spray paint so it's a learning process for me!) 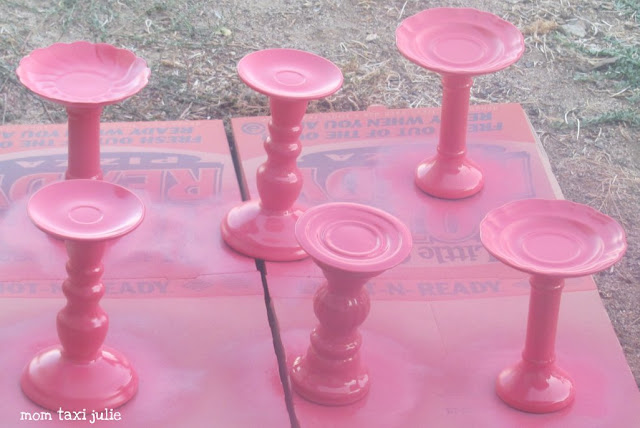 While you are waiting for them to dry,
your son will come out and decide to play in the dirt
right next to them. Did I mention it was windy?
I flipped them over and did the other side. I would have been done after this but when I flipped them over again they had stuck to the cardboard in a couple places so I had to touch up the tops. 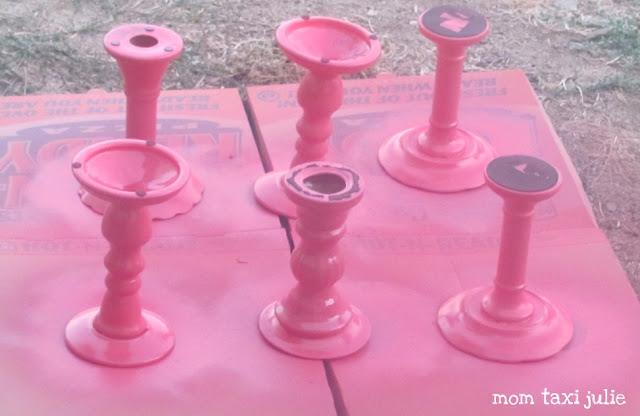 This is where I would add an extra step of a sealer. I didn't do that and now I'm going to have to be really careful that I don't bump them around too much. One knocked into another one and took a tiny bit of paint off. BUT they are all dressed up and I don't want to mess them up anymore so we'll just pretend it didn't happen. 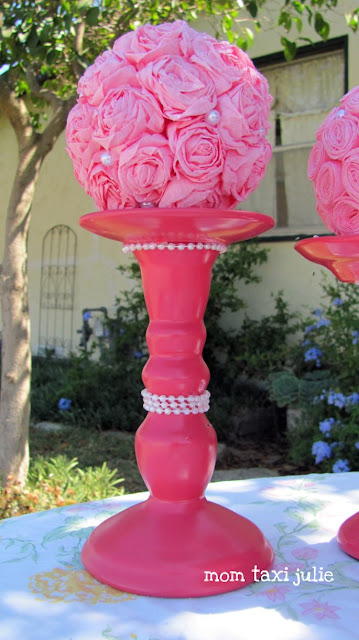 Next I took my little fake pearls and hot glued them along the part where the top and bottom meet. Mostly to hide some of those glue imperfections. The first one I put hot glue all around. Then I realized that wasn't necessary so I just put a dot on the first spot, the last spot and a couple in between. 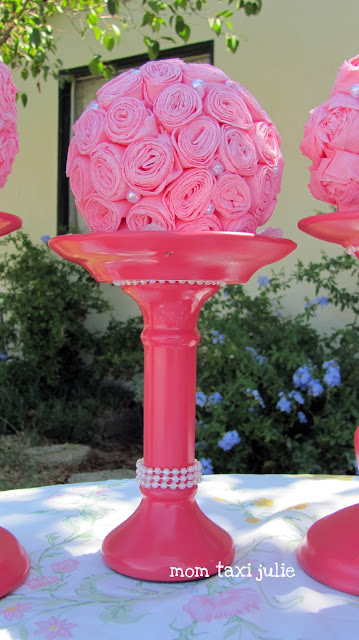 Next I added some pearls on the base. After the first one I did I realized I could just put a dot on the beginning and end area. No need to go all around. 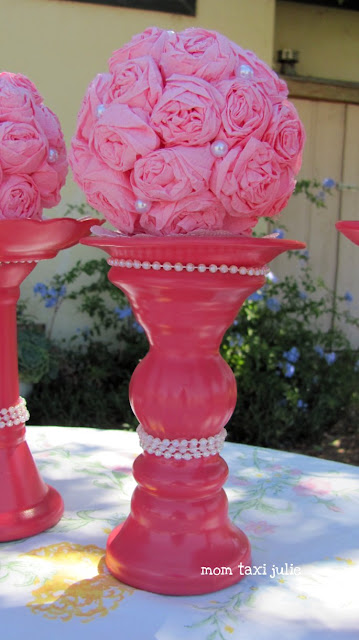 I set a paper doily on each plate,
although you can't see it in the pictures
and then my kissing balls on top.

Now to do the table coverings!

Those look SO great!

I love the watermelon color!!

Those turned out FANTASTIC! Now I wanna throw a party just so I can make some. Love it!

love the topiary's. that would be perfect for a baby shower! or even a fun birthday party. take care! I'm a new follower and excited to see your other posts.

Well done! You are very clever and these are PERFECT for alot of different themed parties. Very nice.

Holy WOW! These look so high-end! Would love for you to hop over and link up with the frog; party just sarted today!
http://kissedbyafrog.blogspot.com
Hope to see you there.
HUGS~
Jenni