Back On Track Day 3-The Out with Friends Edition

I'm mostly posting these for myself so I can recollect later! 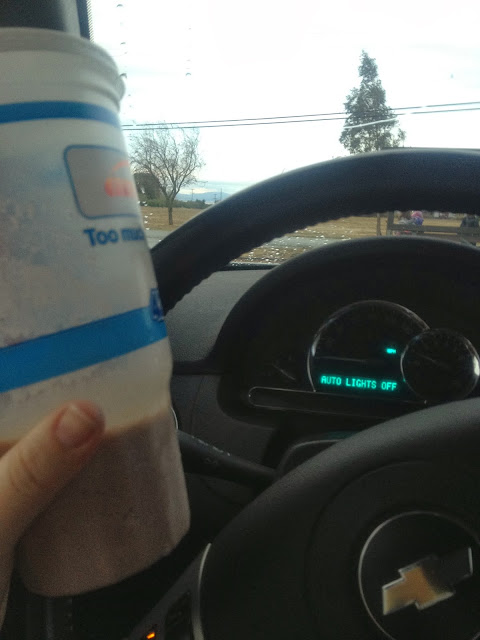 Guess which kid is mine? It's finally rained but he's still holding out on wearing pants. He HATES pants lol 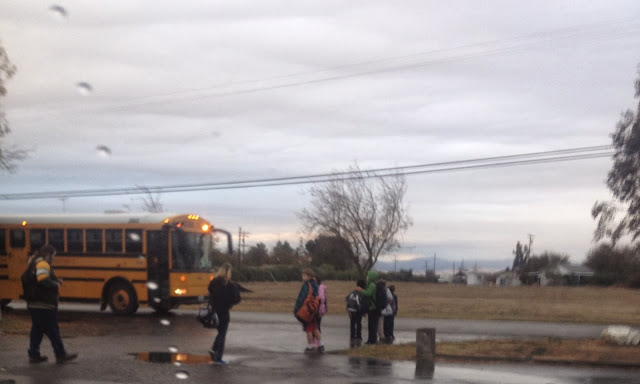 I got to work and what is this? 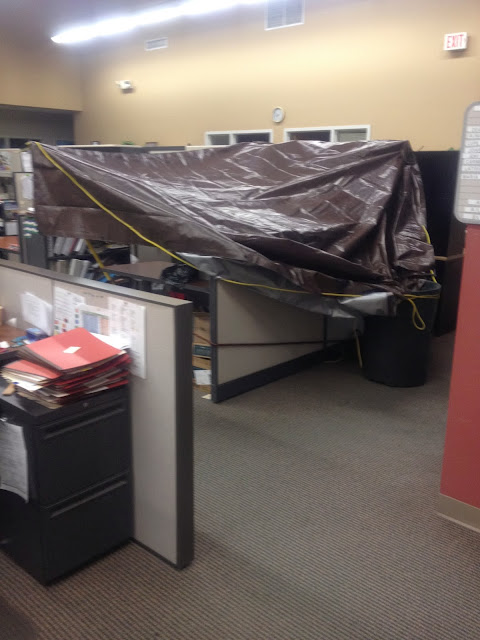 Oh just the roof leaking on this girl's desk like it does EVERY YEAR. Every year they say they fixed it.

Snack was an orange and some almonds 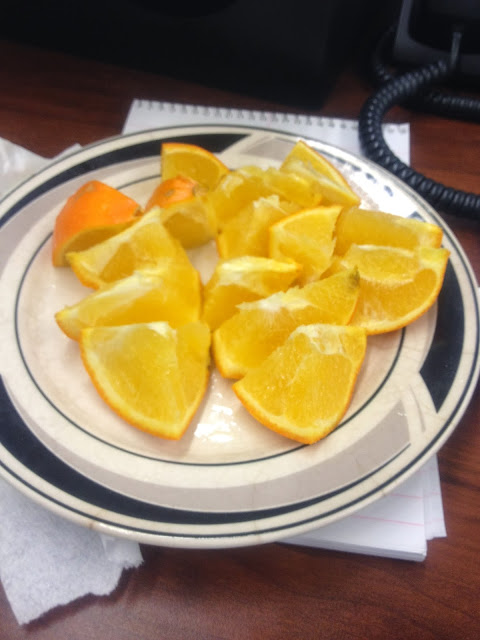 Lunch was left over soup from Wednesday and a salad with leftover chicken from Tuesday. That chicken made a pretty good salad. 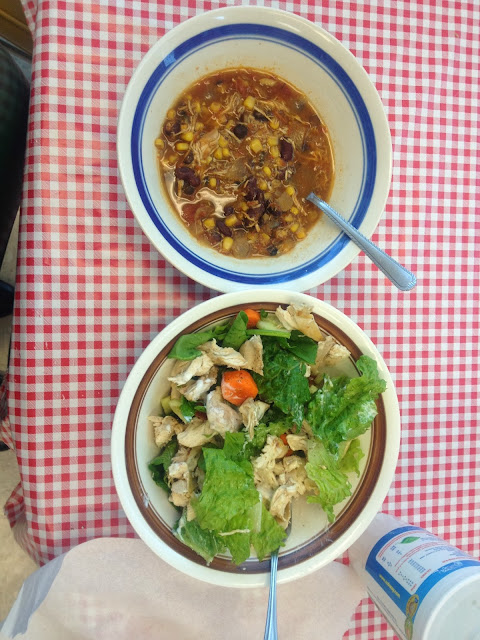 When I got home I was starving but I had a date set up to go out to sushi with my friends so I was trying not to eat too much. So I had some veggie soup. 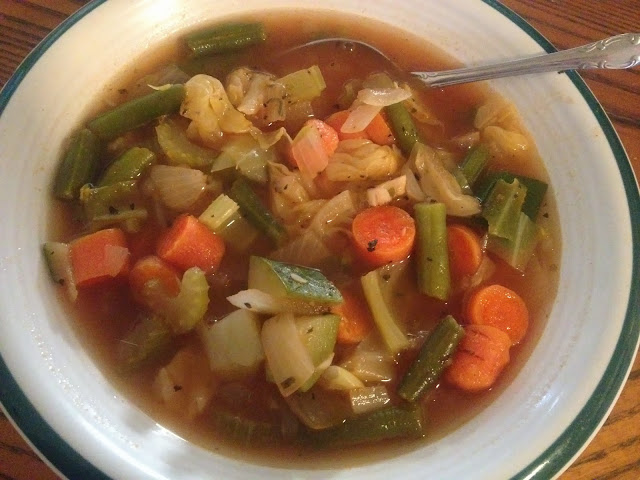 and an apple with some peanut butter (my favorite snack) 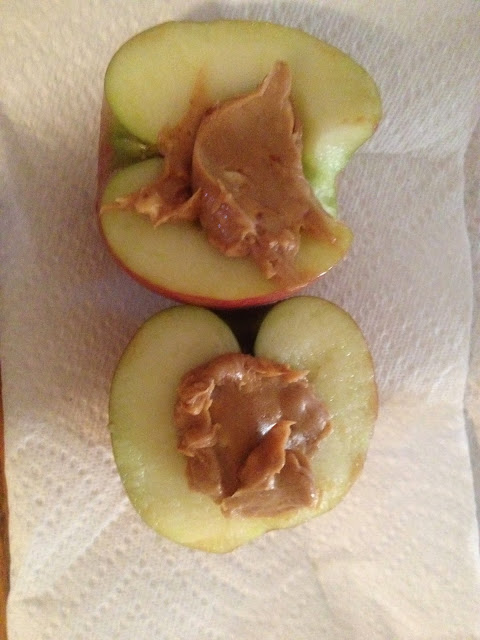 Then before long it was off to sushi! My friends and I tried a new place called Matsuyama. My friend Dee said one of her friends told her to try the seaweed salad. I was skeptical. Then I saw it and I was even more so. 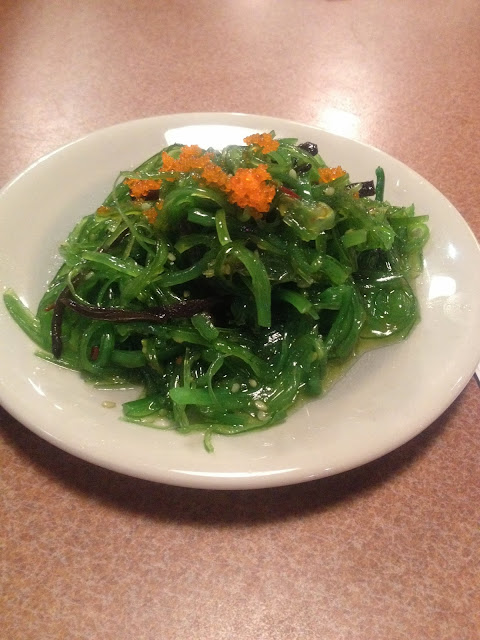 Carolyn tried it first, she didn't think it was too bad. 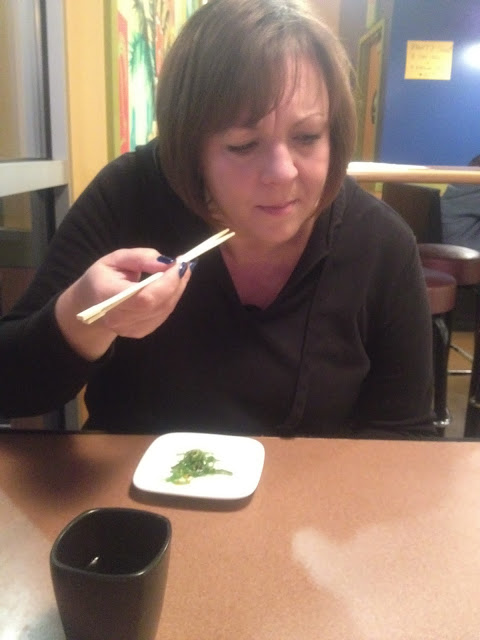 I had a few bites and then :shudder: decided it was gross. Kind of vinegary and a weird texture.

We got a sashimi plate which was pretty good. 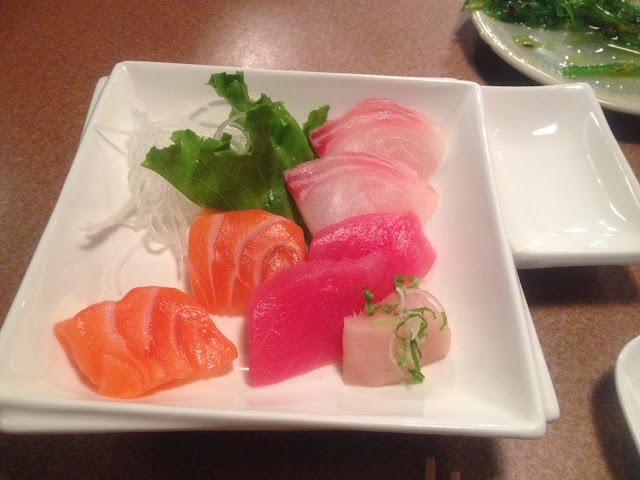 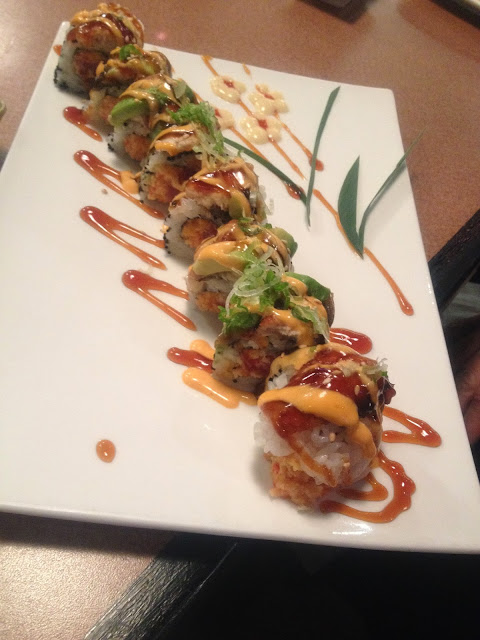 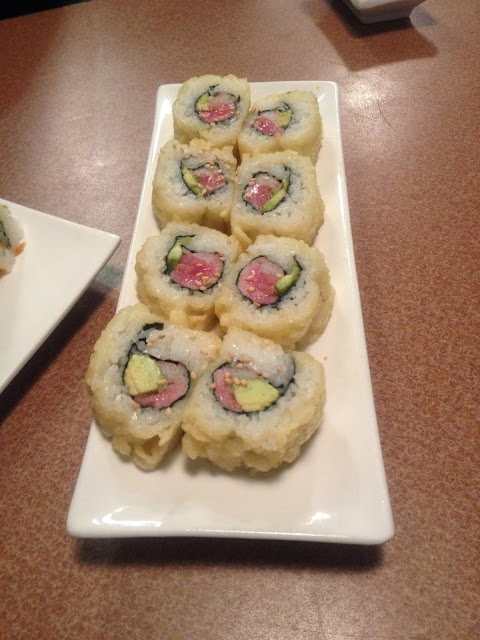 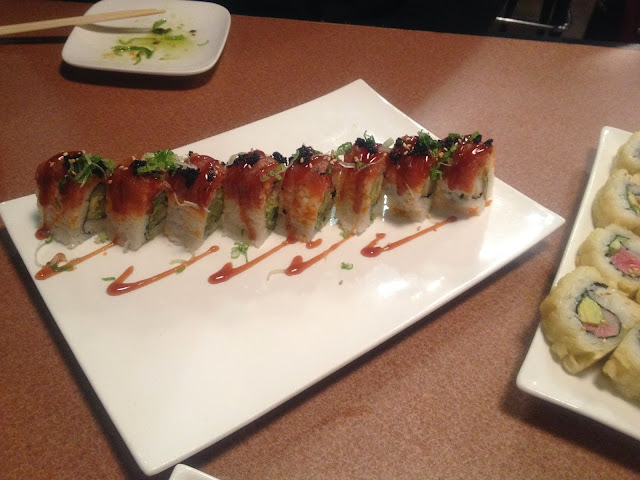 and a Spiderman Roll, which was my favorite of the night. It had some crushed cashews on it. Yum yum. 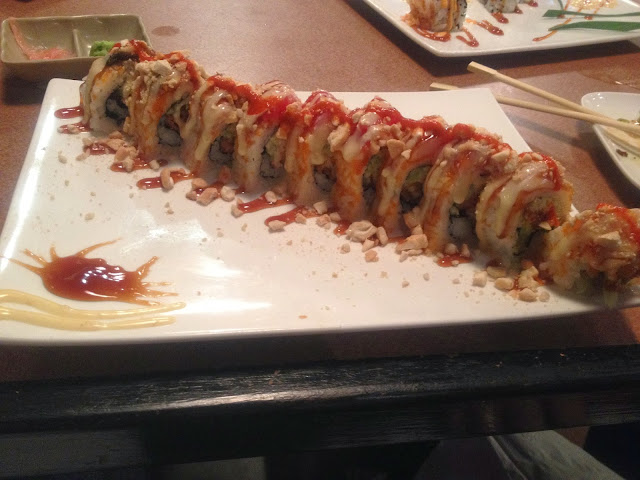 Somehow we managed to eat it all. STUFFED.
Then we went over to do some shopping. We went to a little strip mall and maybe tried out these shots my friend Dee brought. Later she told me they were 140 calories EACH. So not worth it. BUT it was fun at the time :) 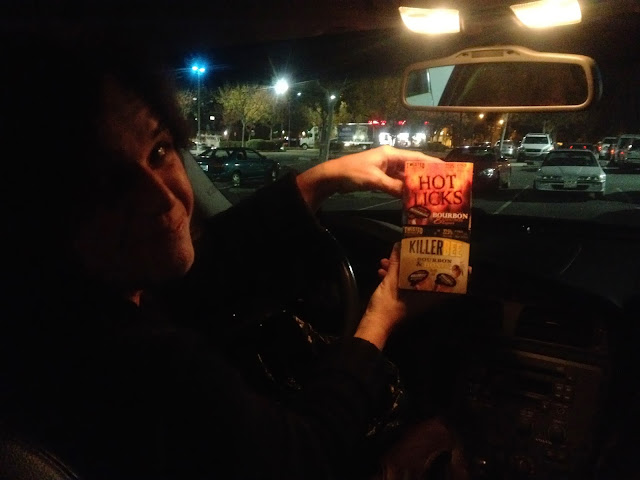 We walked around Pier 1, TJ Maxx where we wanted to bring this big teddy bear home (only $60) 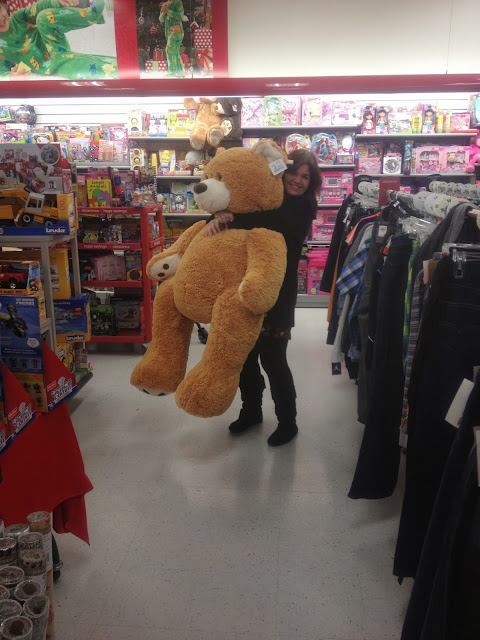 And then to Target and ended up at Starbucks. I was good and got a skinny mocha and then my friend bought us all each 2 mini scones. I ate one and put the other in my purse to give to someone at home (but forgot and ended up eating it the next day when I remembered it was in there at work!)

So with all that Sushi and drinks and scone and such I ended up going over about 900 calories. DARN IT! But somehow I still dropped .2 the next day so SCORE for not going up haha.Pin It
Posted by Julie H at 12:38 PM