Filling Up The Race Calendar

For some reason this has been a rough week for me. I feel like I'm a roller coaster of emotions all day and I don't even have a reason why. So weird. It's not a full moon or PMS time so I don't even have an excuse. Must just be a touch of seasonal depression or something. Which is silly since our weather has been a lot like spring. Weird. It sucks when you can feel yourself sliding that way and you're like WTF buck up little ranger, there's nothing to be sad about!

So it's 10 in the morning on Saturday and EVERYONE is still sleeping. Scott is probably going to be pissed when he wakes up and realizes he slept all day. He's funny like that. I was up around eight and got the bills paid and the computer desk un-buried. What a mess that was.

Last night we went down to the bar and met our friends Allen and Carolyn. We had a few drinks and I just chatted with Carolyn the whole time. It was great! She was sad when they had to go but the bar called last call not too long after so she didn't miss much. (our little bar closes at 12).

Yesterday I got a free entry for the Chinese New Year race in San Francisco the day after my 40th birthday. 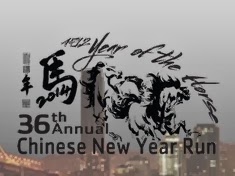 I decided to just sign up for the 10k since it was free. I'm probably going to die because of the hills but eh, it will give me something to talk about later :) I'm pretty excited about that because 1) it was free and 2) now I have an excuse to spend the day in SF! I can take BART there and back. Should be fun!

I just now signed up for my January race, so now I've got my races booked through March! For January I'm going to do the St. Joe's Fun Run 5k. I finally decided on this one since I haven't got my mileage up much yet and it's close by. Scott said he'd do it with me too so there is that added bonus! Races are always more fun when he is with me. 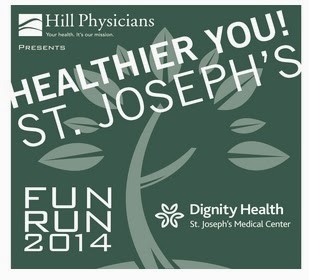 So today's plans are to go out and do a 4 mile run, the first day of level 2 of my shred video and I should probably wash some clothes and clean the house up a bit.

Since Scott is sleeping the day away I guess that means we are doing our bike ride tomorrow. I think he has 20 ish miles on the plan and he was talking about driving over to Patterson Pass area to get in some hills. My butt hurts already just thinking about it.