Trevor and I rode our bikes down to the club house where they were having the anniversary party. When we got there I was a little disappointed that it looked like everything was mostly done. There were some booths for kids games but not much going on. The whole thing had started at 10 so I guess by the time we got down there at 2 every one had already been there.

All my hanging out buddies were gone so I just walked around with Trevor for a bit and then found a few people to talk to.

Trevor did pop some balloons on the dart game and won these glasses. 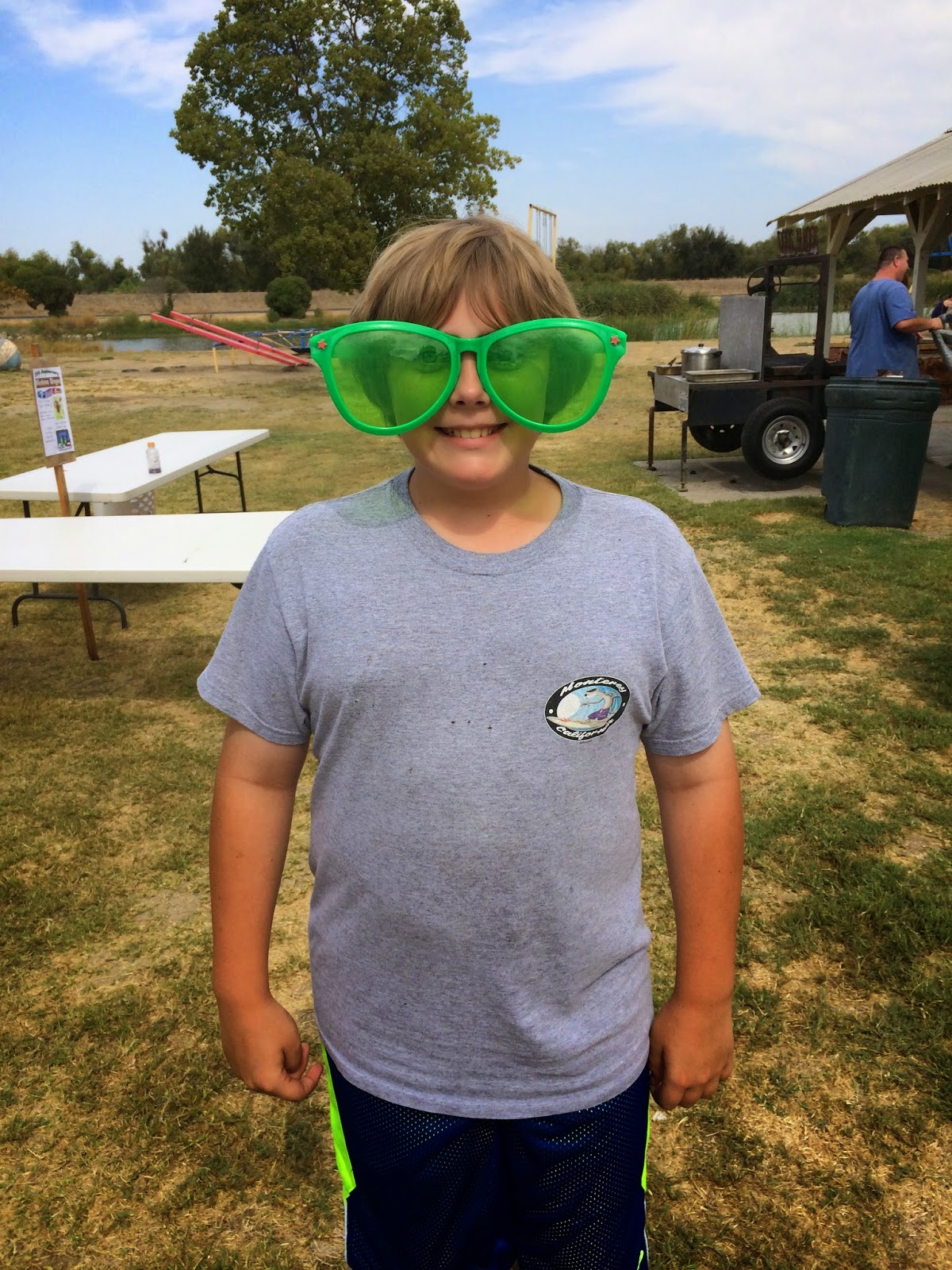 After that he went over to the paddle boats they were "renting". One is ours and one is my mom's that we donated for them to use so Trevor got to take ours out and ended up giving kids rides. For like three hours! 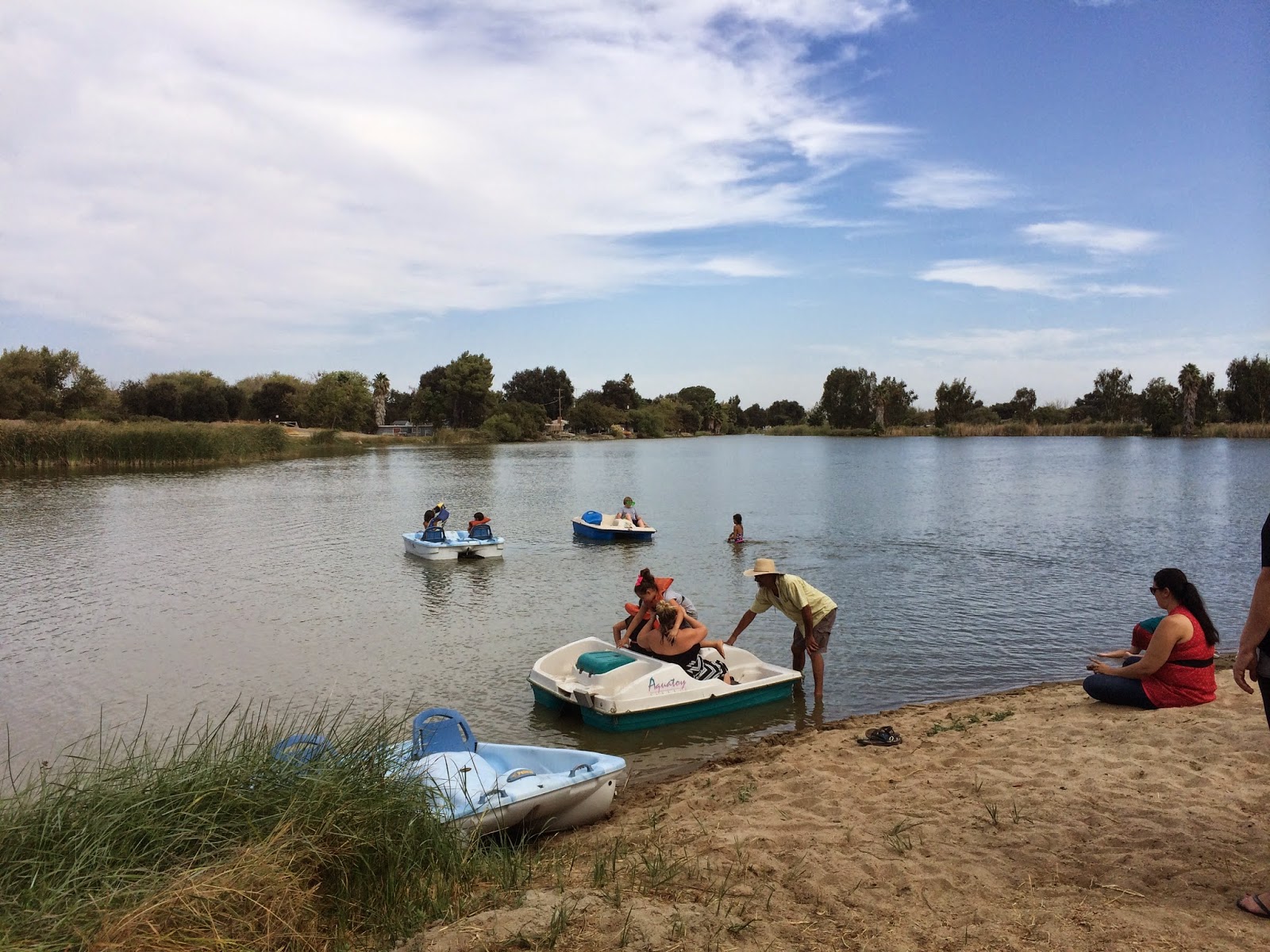 I bought some raffle tickets but by the time I won anything all the good stuff was gone (they had stuff donated and you got to pick anything off the table). I won a 2nd time and told them to just pick someone else lol.

I had a beer and talked to people, including a gal that Scott rides the train with that moved out here. She has a road bike and I was talking to her about maybe going out riding a bit. She seemed interested, which would be awesome to have another woman to ride with right here where I live! Although if we got a flat I'd be screwed since I haven't figured out how to fix one yet. On the to do list.

After a bit it was just so dang hot I left Trevor there and went home. Not too long after it was time to play taxi again and go get Melissa. I was wishing I had bought dinner tickets so that I could have hung out with people for that but we were supposed to go to that party that got cancelled. Oh well! I spent the evening watching tv and dozing on the couch. Rough life.Pin It
Posted by Julie H at 6:00 AM

I would love to have a little paddle boat, how cool.