Way back on December 6th I went to my neighbor Bev's Christmas party. It was pretty much like all my favorite women (minus a couple) that live in my neighborhood. We were to bring a $30ish gift for the gift exchange game. "Something nice that you would want yourself". That took me awhile to find, but I finally settled on a gift box with a bottle of vodka and 2 pretty glasses. I thought that might be a fun gift that would get stolen and passed around a bit.

Bev has a really large living room with open beams and windows that look out on the lake. It's a really pretty house. Here's a couple pictures that show the inside a little. 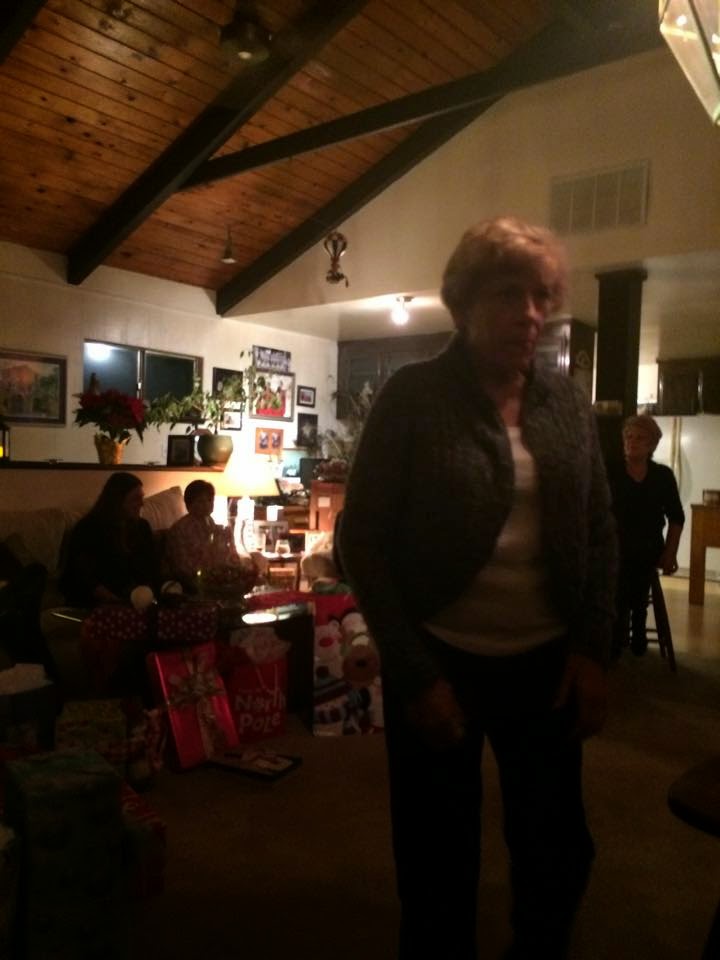 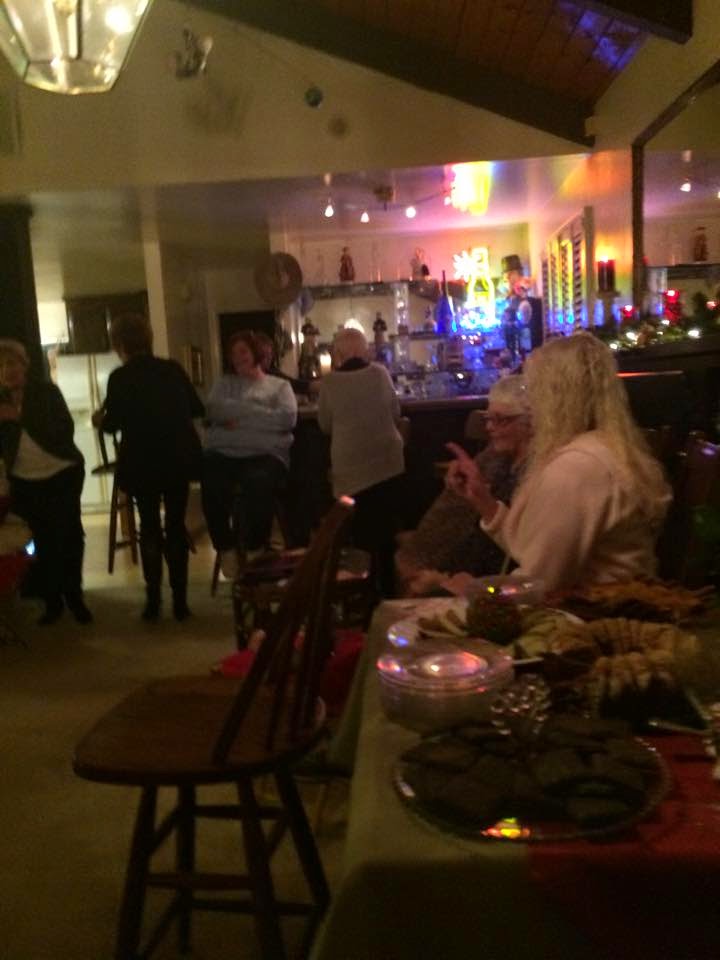 She has a little bar set up in the corner and her kitchen is open to the living room too.  Here she is with her potato bar she had for us. 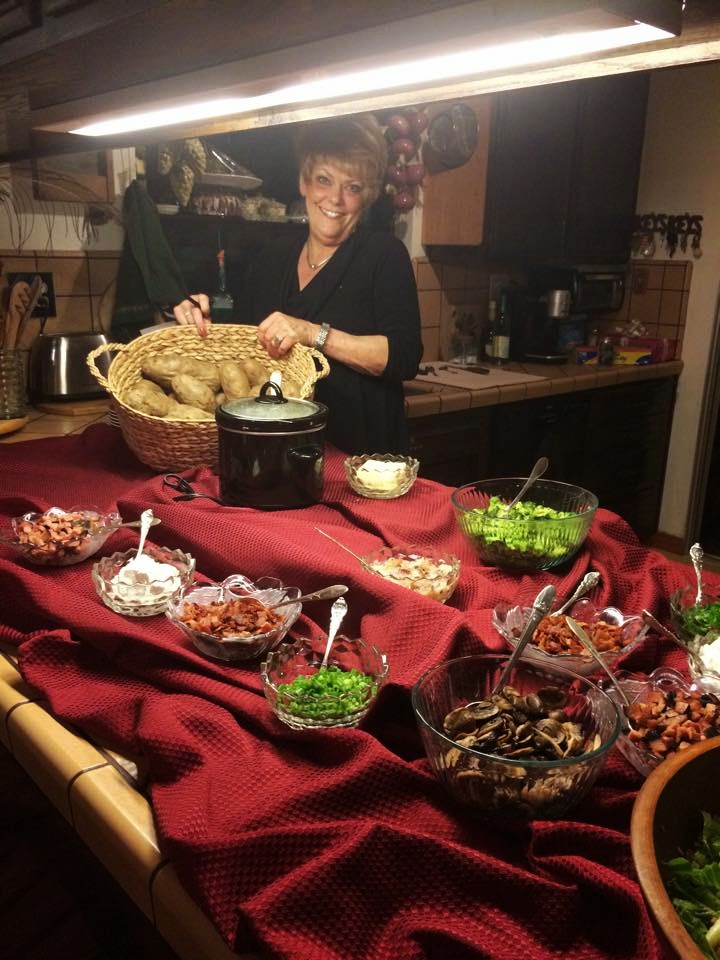 Bev has 3 dogs and they were kind of the life of the party for us lol. This little one is just 4 months old or so. She said her husband found it in some bushes covered with mites all over it's little ears and eyes. This is Dawn holding her. 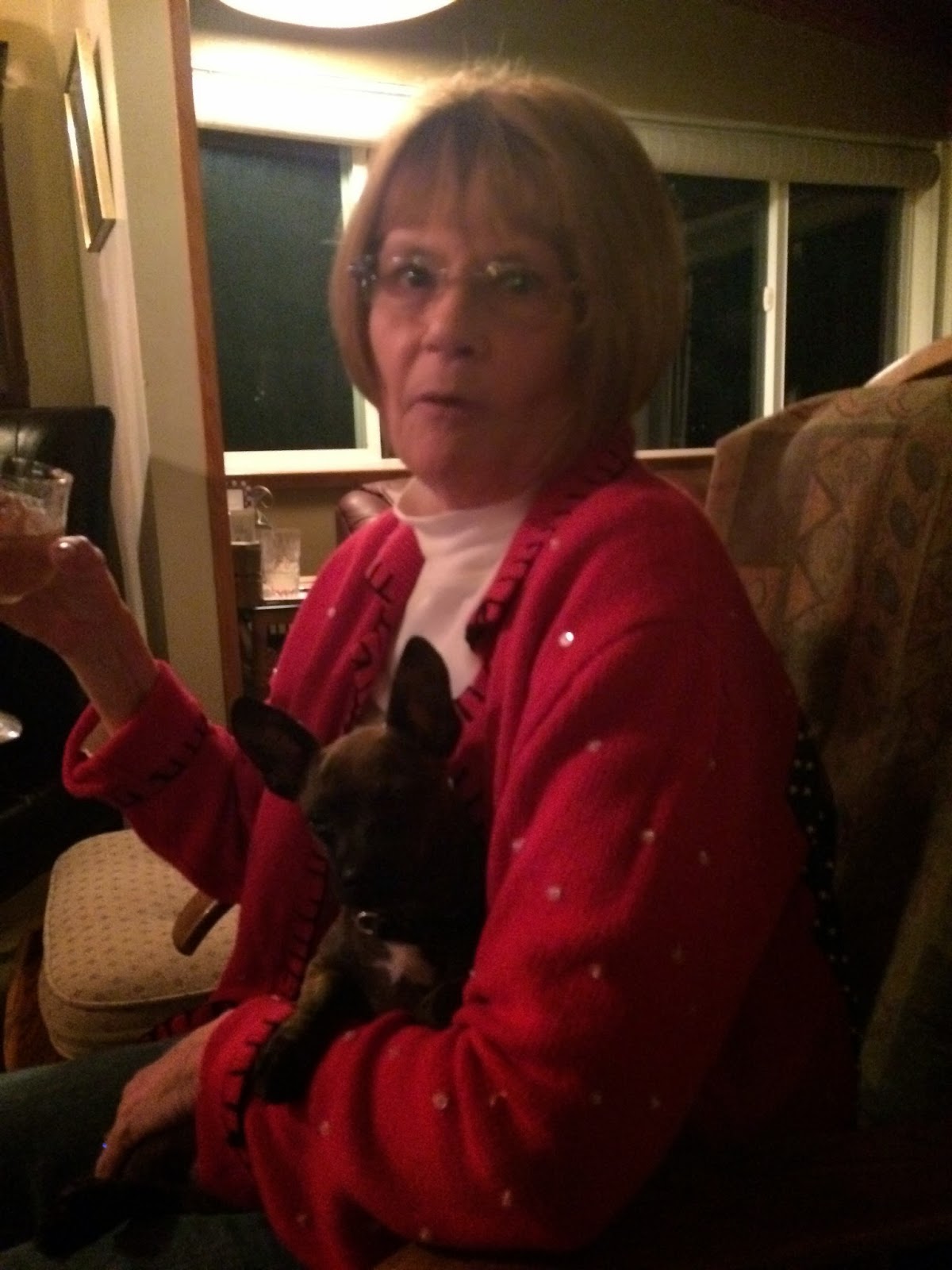 And this is Ellie, who she found roaming the neighborhood. She's Queensland and Lab mix and the best colors and markings ever!  We hung out for quite awhile. 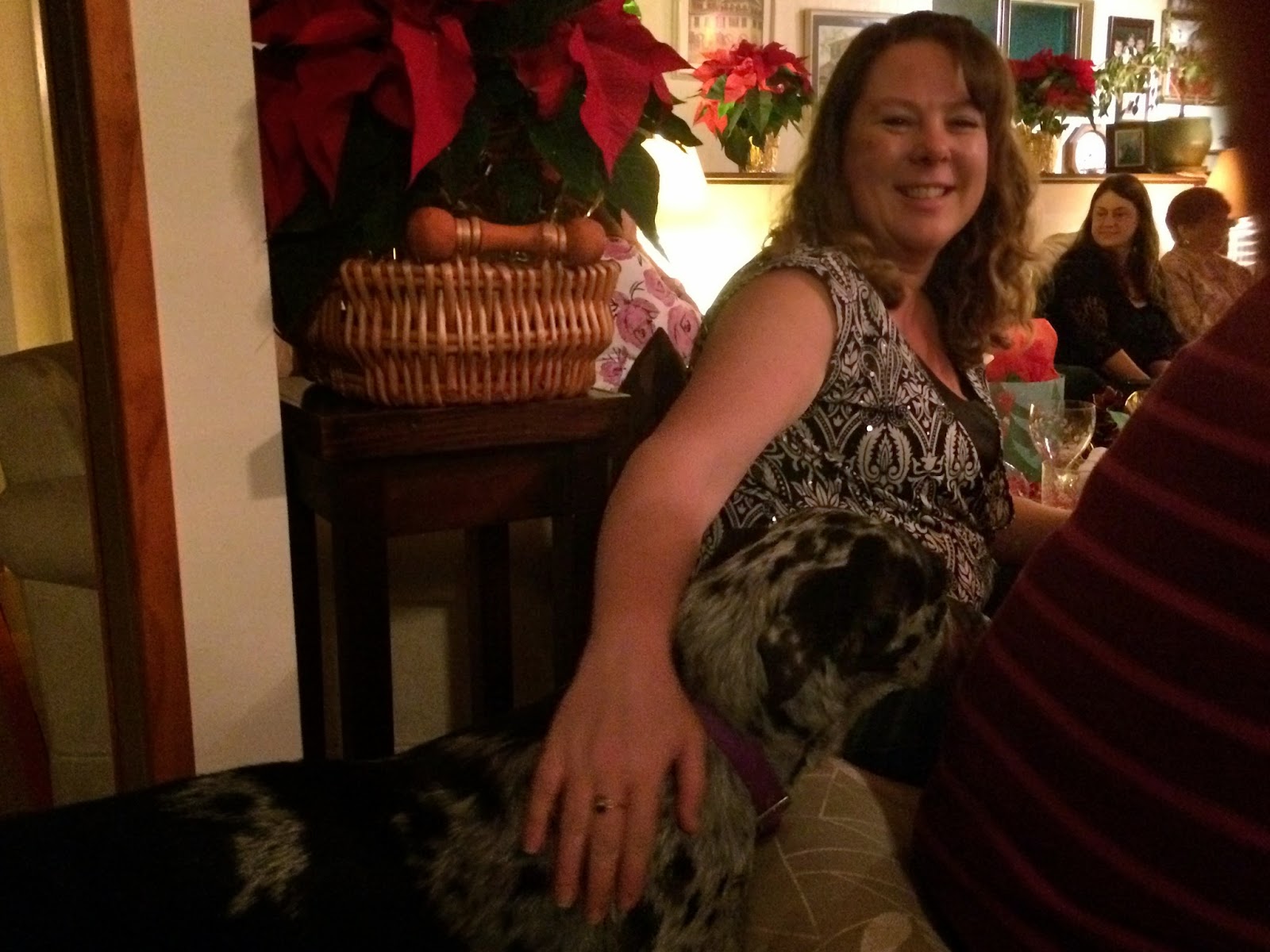 Not a great pic of my mom but proof she was there ;) And that's my buddy Traci with the puppy. 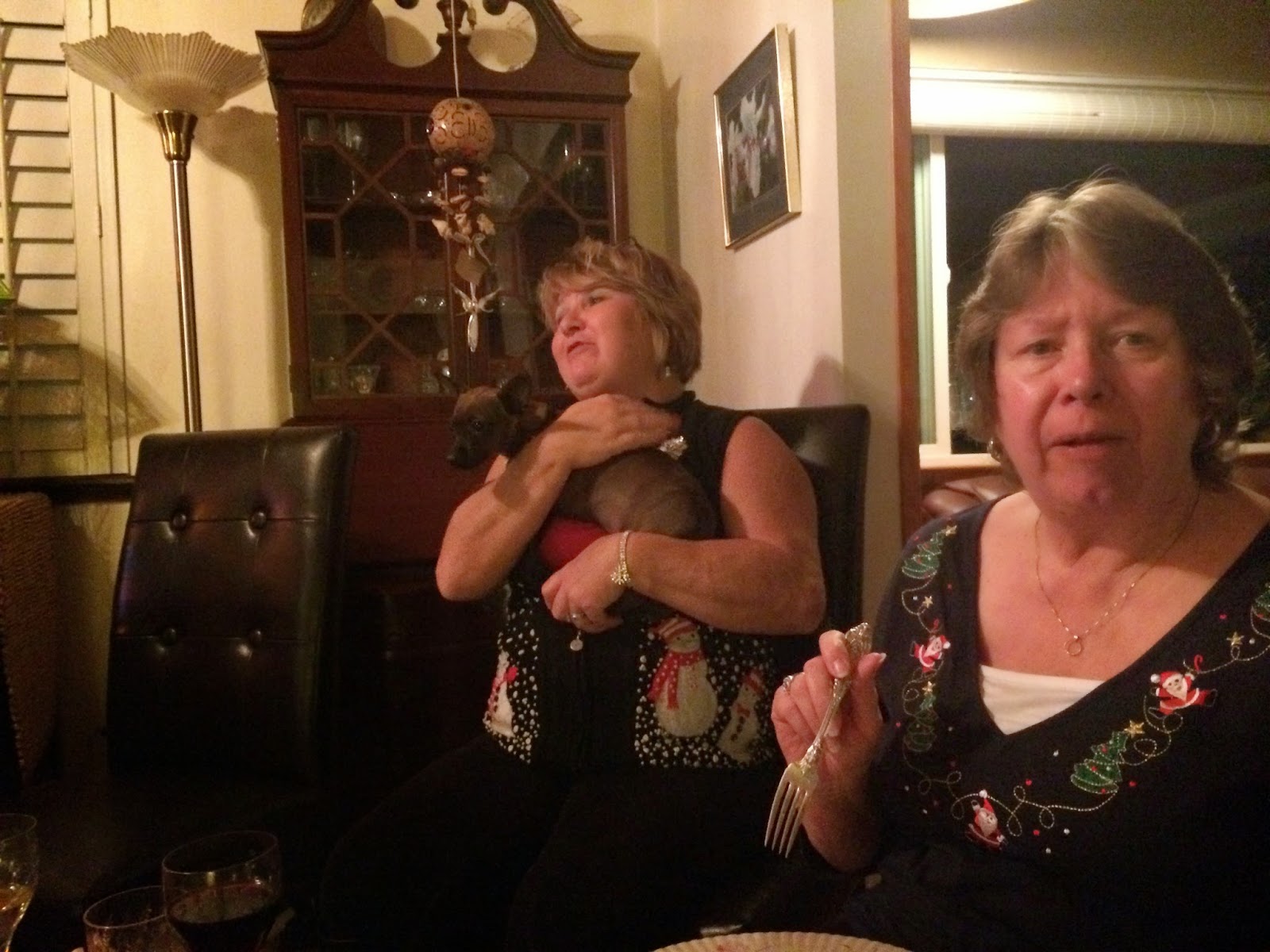 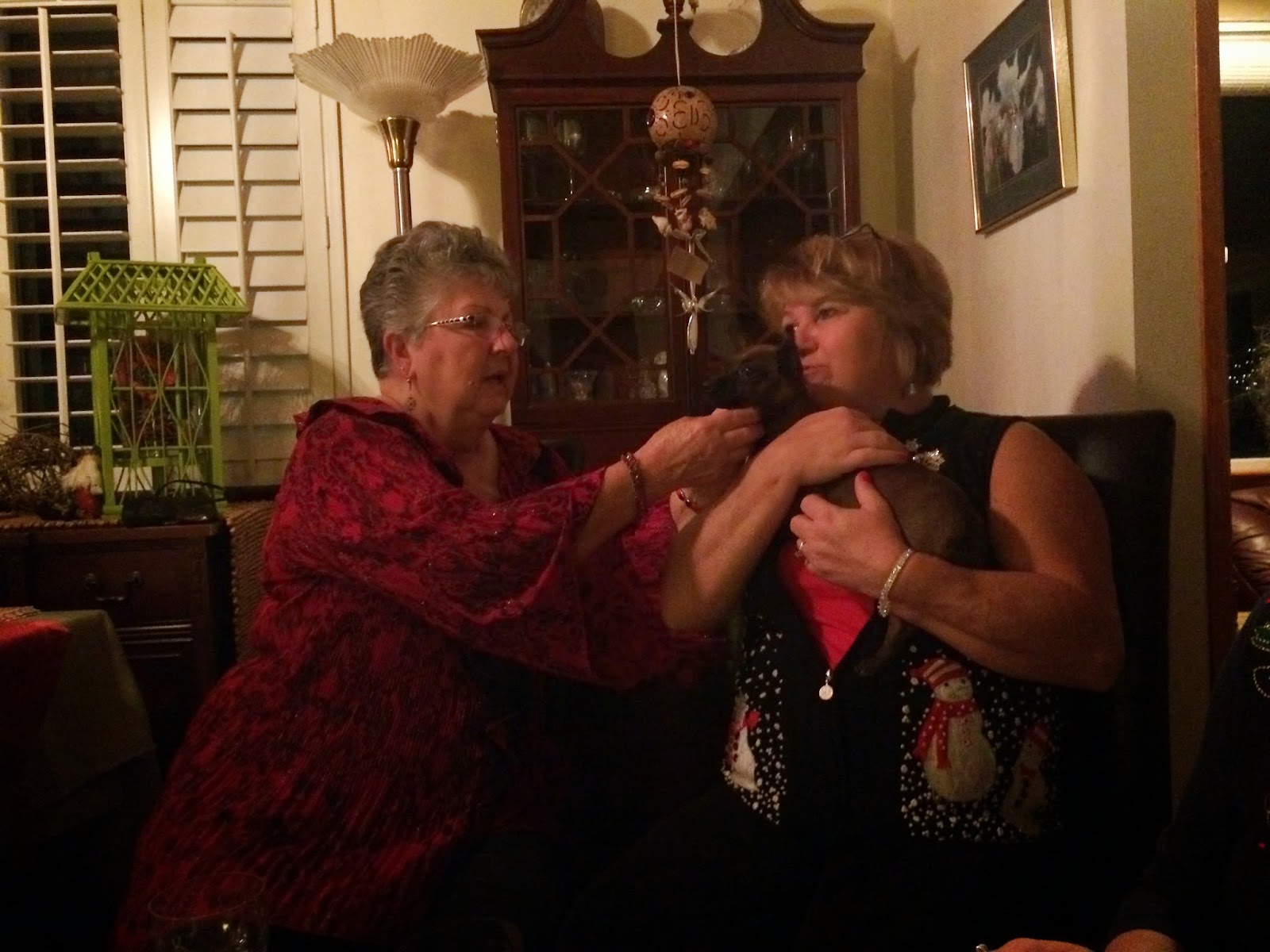 The gift exchange was fun. I ended up with a blanket, bottle of wine and some led candles. The girl that I got her gift was sitting next to me and she got mine (stole it from someone ;)). Her name is also Carol and we had  a great time talking and getting to know each other. She lives on the same street as me but on the other end. I should have got her phone number because I really liked her. She has two kids that are close to Jessica's age.

When we were leaving the party two of Bev's dogs got out, the mix one I was playing with and her yellow lab. We tried to help her catch them but they would let us get close and then run. I'm assuming they made it home eventually since I haven't heard otherwise and they were staying relatively close to home. Kind of a bummer way to end the party for her.

I hope you find the neighbour down the road, it's nice to find someone nearby who you enjoy talking to.
I hope the dogs did find their way home.