Last weekend one of my BFF's got married! I was a bridesmaid in the wedding. Her friend did my hair and make up, what do you think? 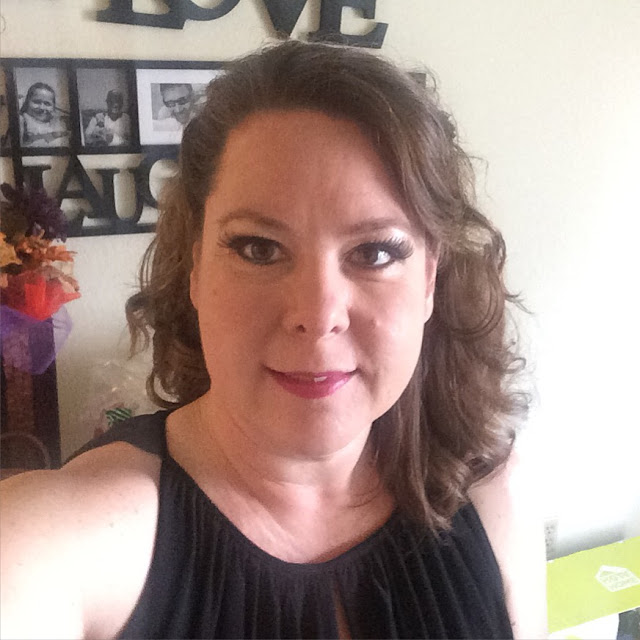 That was my first time wearing fake eyelashes. They are kind of ridiculous but HEY my eyes show up really well in the pictures! 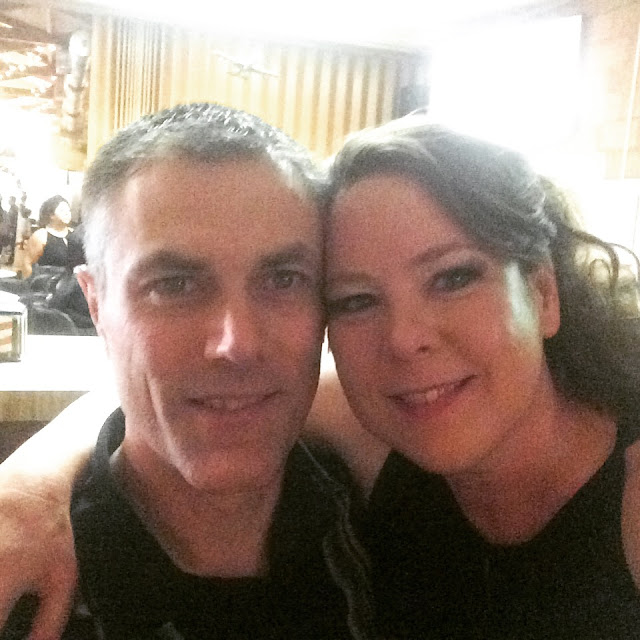 Scott doesn't look half bad too ;)

We spent most of Thursday night & Friday night setting things up for the wedding. Lupe's maid of honor did a ton of work making floral arrangements and stuff.  I think it all turned out really well! 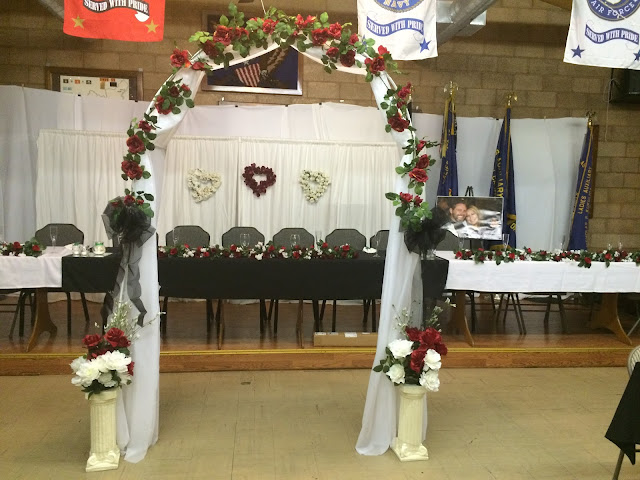 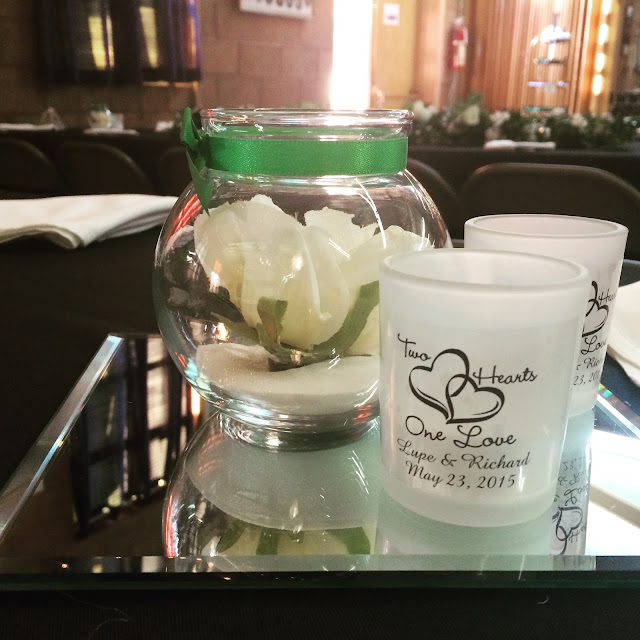 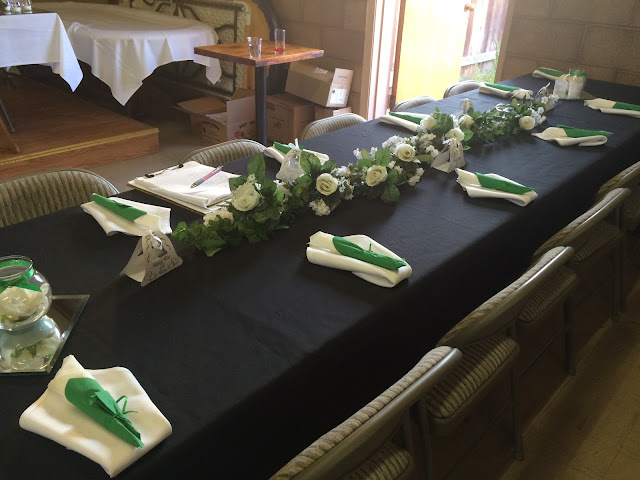 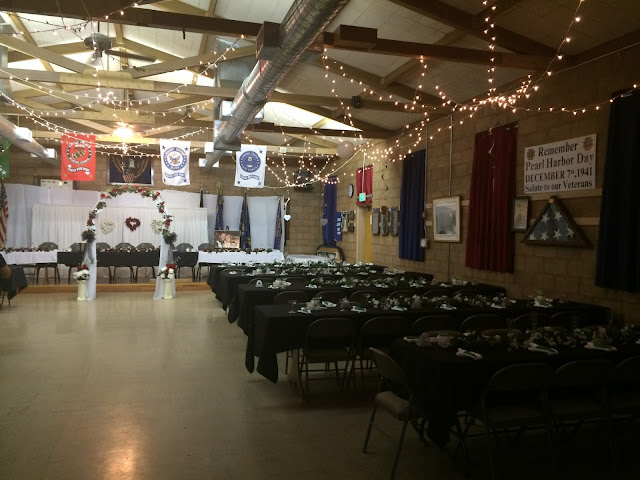 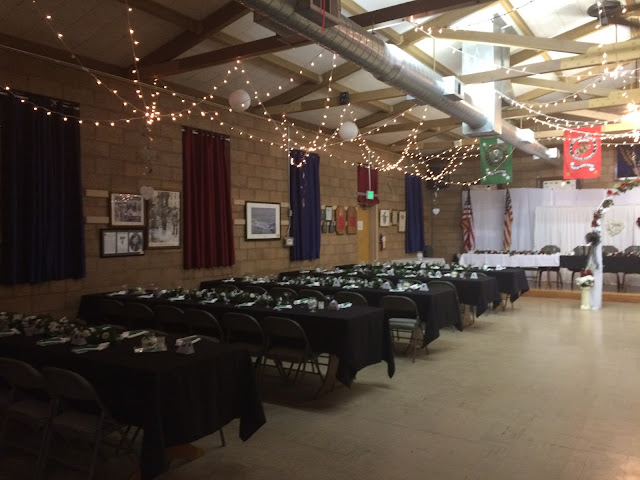 We went and took some pictures in a park before the wedding but I haven't seen those yet.

Here is one of a few of us before 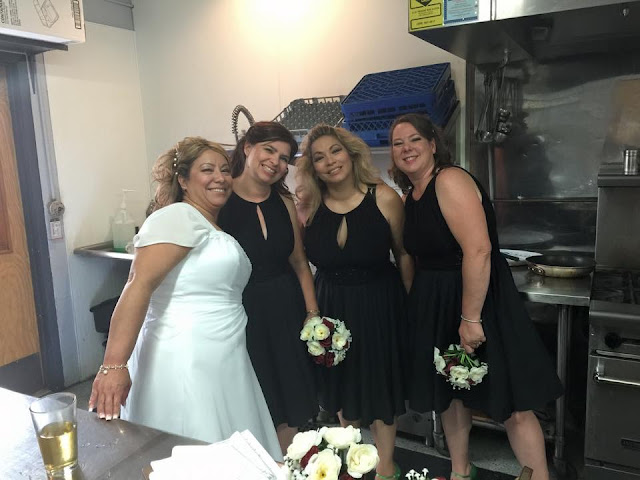 someone's picture of the ceremony (there were 7 bridesmaids!) 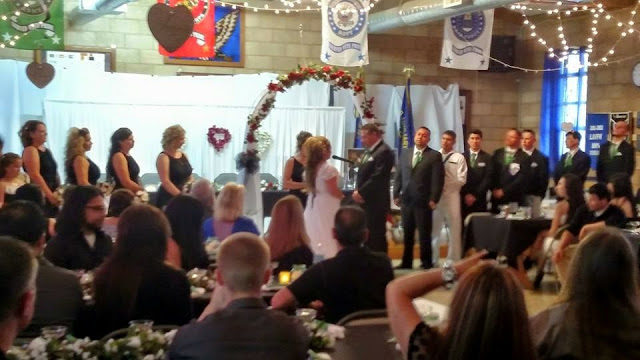 Two of Lupe's cousin's girls were my girl scouts back when they were like 5. All grown up now. The girl in the white dress is a Marine! 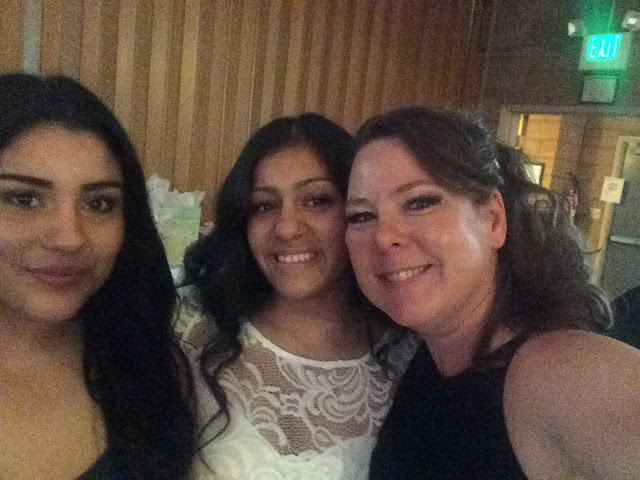 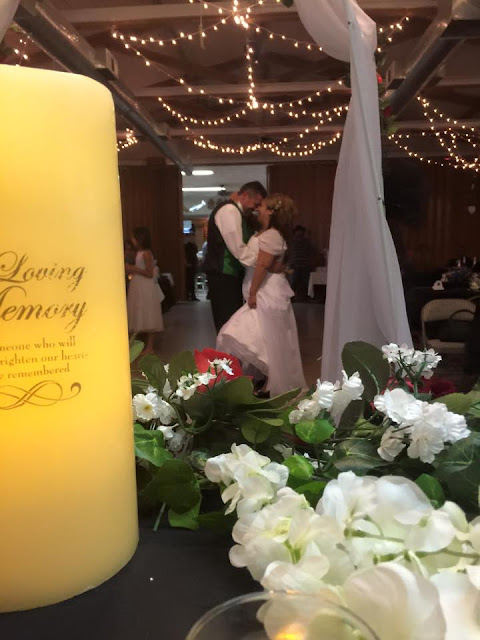 Scott and Lupe dancing for the money dance 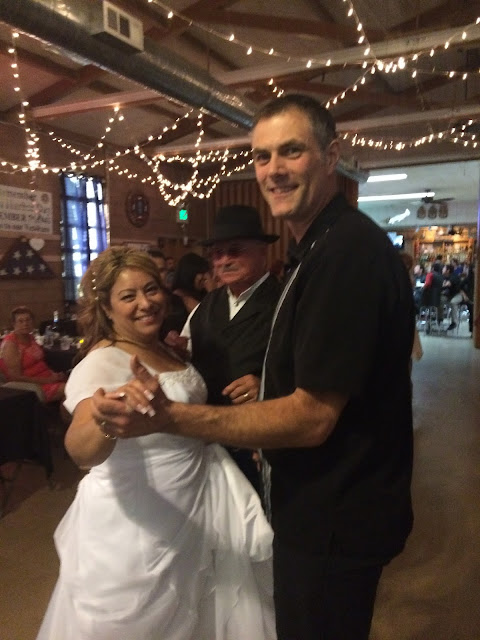 We had a lot of fun until someone couldn't handle their alcohol and a fight broke out outside. That pretty much made the wedding come to a screeching halt. Sad that some people have to ruin a good time! Hopefully I won't be in anymore weddings anytime soon. Too much work! I just want to show up and have fun at the next one!

YOu look amazing. I've never had false lashes.
What do you mean by 'dancing for the money dance'?
Bugger about the fight, the shits should have known better than ruin someone's wedding.

You looked great, pretty dresses too!!!