Tinkerbell Half Marathon: Day 3 After the Race & Day 4

After the race was over we went back to the hotel to relax, regroup, and take showers.  Juli actually took a power nap, which I was totally envious of.


We decided to take the free shuttle we had tickets for to the park entrance. That was about half an hour of sitting and waiting to be picked up to be dropped off about a quarter of a mile closer to park entrance than if we just would have walked.


When we finally got to the park I had to buy my ticket to get in. Did you know a one day one park ticket to get into Disneyland is $100? That is why my family stayed at home and why I was so reluctant to do this race in the first place.


Did you know in order to buy a ticket at the park you have to wait in line for at least ½ an hour? Every person in front of me took FOREVER to buy their tickets. Apparently I got in the “I’ve lost my season pass, I’m buying a season pass, and my family of 26 needs 5 day park hopper tickets” line. I felt pretty bad for making everyone have to wait for me so that we could actually get into the park! 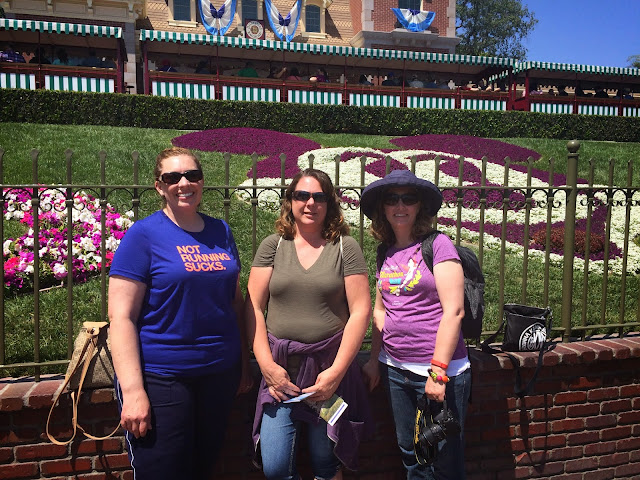 This is a horrible picture of me. Maybe it's all that good food ;)


Eventually I had my ticket and we made it in. First order of business was FOOD! We ended up going to this place I’ve never even noticed before called the River Belle Terrace. Juli wanted to buy our meal to make up for the phone fiasco from the previous day, which was totally nice but not necessary! I got a pulled pork sandwich, which was really good. 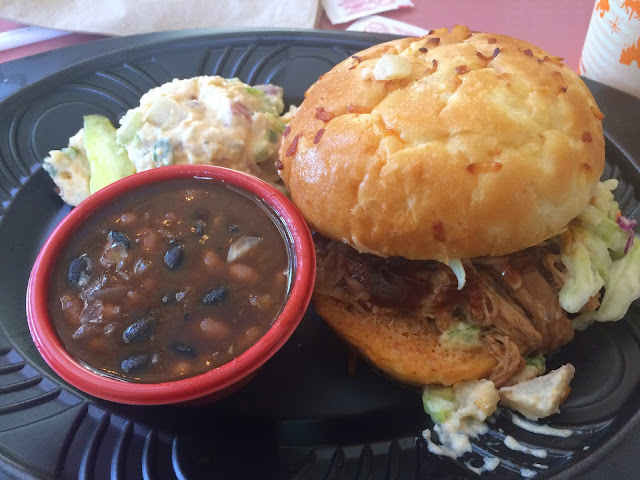 After eating we went on Pirates of the Caribbean and then Splash Mountain (as single riders so we didn't have to wait in line so long) and then to Indiana Jones where we had got fast pass tickets for. We went on the Nemo ride (formally the submarine ride) which was pretty lame unless you were 4, watched a parade, ate a churro, and then went to get our pictures taken with Mickey. 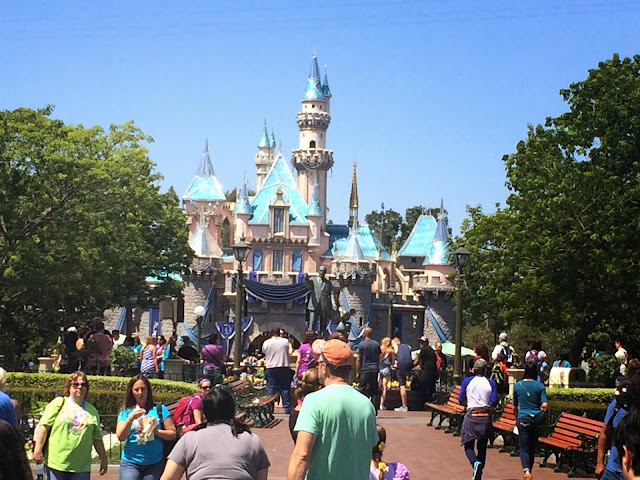 Sarah really wanted us to get our pictures taken with Mickey. Which I was like omg really? But humored her lol. While you are waiting to see Mickey they have some little movie clips. You wait so long it would be nicer if they just showed the whole little movies so you could watch that instead of the same clips 12 times. When they finally bring you in to see Mickey it’s like this weird quiet room. Like all hush hush this is secret or something. COME on people it’s some poor soul dressed up in a hot costume! Eventually we got our picture (guess I should go look at that at some point) and then we climbed on the train and made 2 circles around the park trying to decide what we wanted to do next. 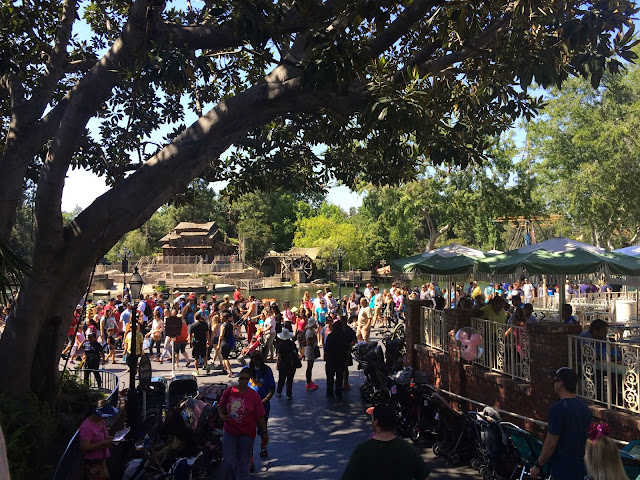 This is where I started thinking about how different Disneyland is now compared to the last time I went there. NOW all the people in charge are about my kid’s ages. Weird.   Suddenly I’m old haha. I guess it had to happen eventually right?
We finally got off the train at Main Street after nixing the idea of going on the Thunder Mountain Railroad.  Sarah went into Starbucks to get her mug and I ended up getting a big souvenir cup that I keep forgetting to bring to work for my water. I’m not big on “stuff” so I was happy to find something that I really actually had been meaning to buy AND it was from Disneyland so I had a memento. Well besides my sore legs ;) While we were at Starbucks Juli went across to get us some caramel apples.


It was almost 9:00 which was when the fireworks were going to start. There was whining kids everywhere and we all just laughed because ha! Our kids are all big now and totally not there with us! 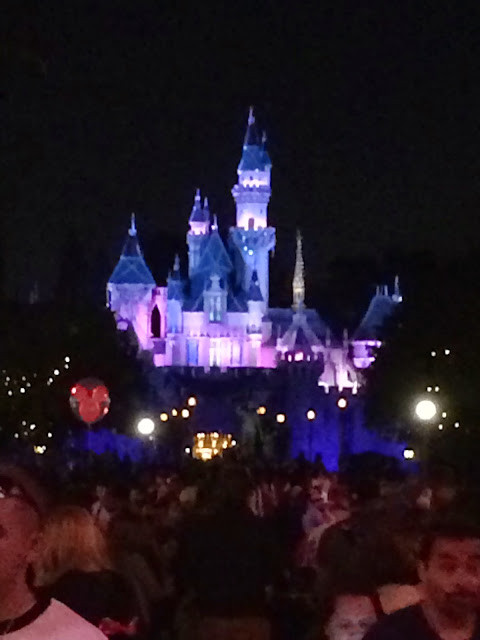 After sitting on the curb for a little bit and then being told to move “into the street” which would require standing up we decided we’d just skip the fireworks and go get a snack.  We left Disneyland and went back over to Downtown Disney and had some drinks and appetizers at the House of Blues. We sat out on the patio and listened to the fireworks. 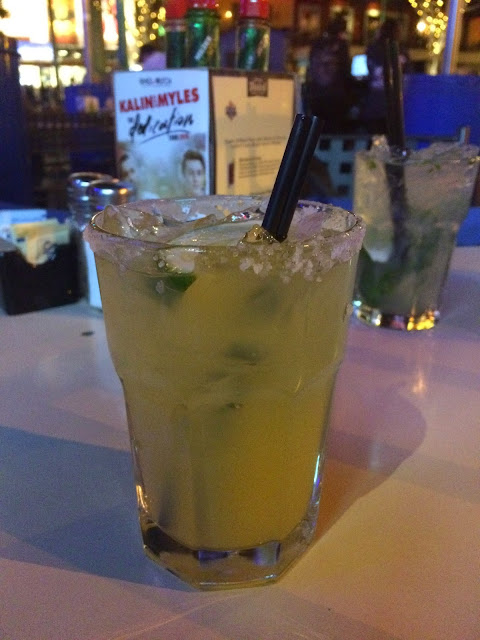 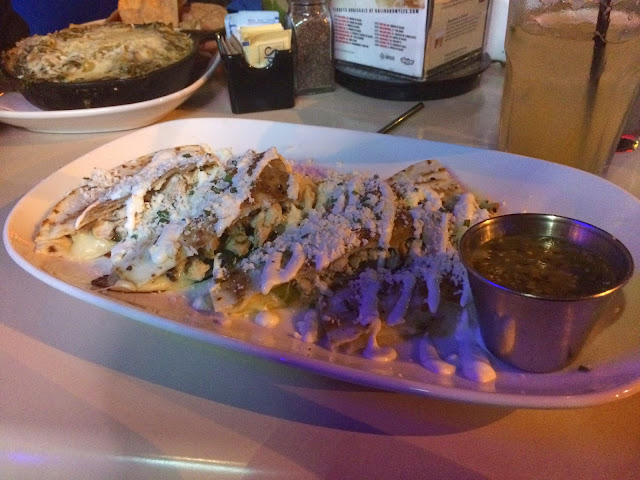 For some reason we decided to take a tram back to get us closer to the hotel. Which totally didn't really work but we had fun laughing trying to figure out where the hell we were when we got off haha.


That night I fell asleep and slept the best I've slept in ages. I’m pretty sure that was pure exhaustion at work there!


In the morning Juli had to get ready early since she had an earlier flight. She had already booked her shuttle back to the airport and when she found out her flight was delayed she still had to get on the shuttle early because they said she couldn't change it. So that sucked for her but I did get some time to hang out with just Sarah and I. We packed up all our stuff and then went and had brunch at the hotel diner. 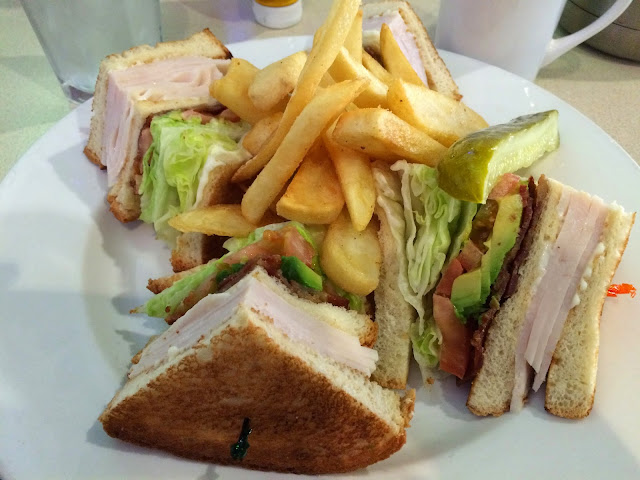 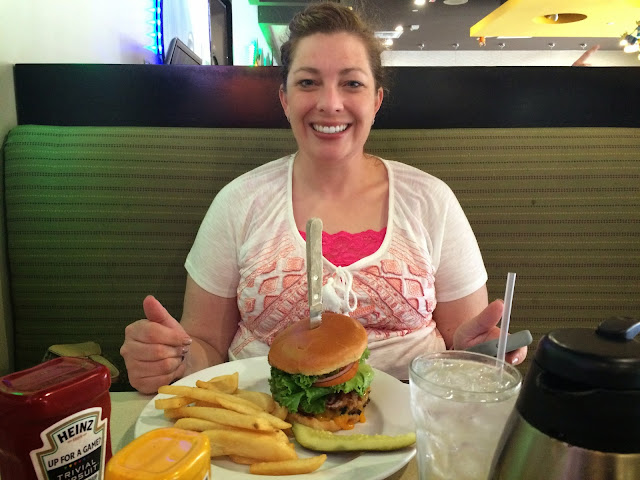 We sat there for a couple hours. Our shuttle was ready for us right when we walked outside. We were on two different airlines so we said goodbye when she got dropped off first but I found out that we could meet back up while we waited for our actual flights, which was awesome!

We went to a little restaurant bar area and spent way too much on cocktails until it was time to board my plane. I got on and fell asleep right after take-off. I woke up not too long before we landed because my ears were popping really loudly. The lady in the seat next to me actually talked to me a bit. I always think it’s so weird that people don’t want to talk when they are flying. It sure makes the time go by faster.
Scott was almost to the airport by the time I was off and had my baggage and then it was back to the land of reality!Pin It
Posted by Julie H at 5:00 AM