One of my co-worker friends got married a few weeks ago. She got married in a meadow at Kirkwood Resort which is on the way to Lake Tahoe.


I booked us a night there so we wouldn't have to worry about driving home after the wedding (it's almost 3 hours away). We got there a couple hours before the wedding which was just enough time to relax before we got dressed.


I don't have any pictures of the meadow wedding since they asked people not to take pictures but it was cute (and hot) and a nice ceremony.


The reception was back up in one of the lodges next to ours. The patio was all set up for dinner and there was a little bar inside with cheese and crackers and such. Wine, champagne, open bar, NICE! 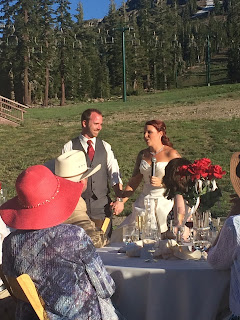 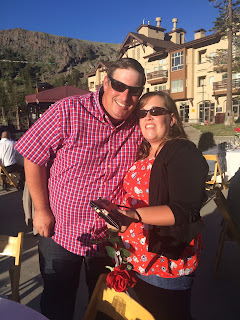 boss friend and her son 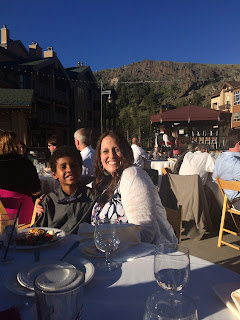 Me, my horrible hair cut and the bride :) 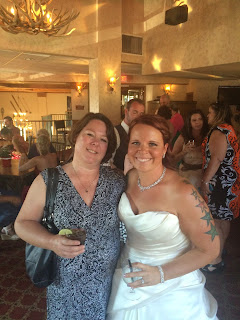 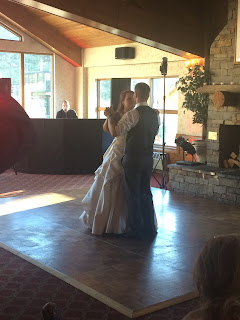 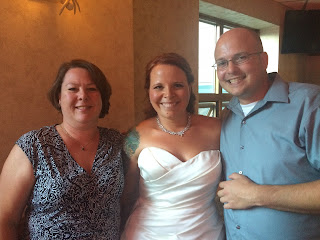 we hung out until the party was over, fun times!

Our room was pretty nice, although they don't have AC since it's mostly a winter resort. Thankfully they do have fans. Our room had a little kitchen area too although I didn't get that in the pictures. 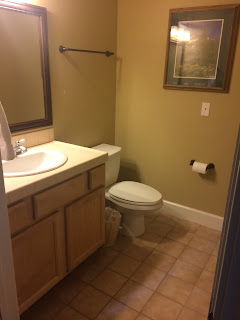 Out the window & door was a view of the lifts. Scott didn't want to open the door at night because there might be bears (never mind we sleep in a tent when we go camping...) 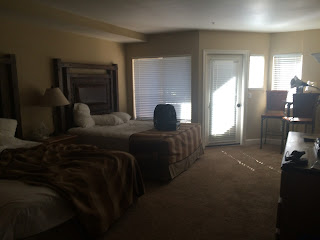 In the morning we tried to go to a little restaurant down the road for breakfast. It was dark and not friendly so we left and then tried another place down the road where it was light but people were complaining a lot and after half an hour we only had coffee and hadn't even put our order in yet so we left there too. Eventually we got to Jackson where I was like we eat or I'm going to die (one time I didn't pack snacks). We ended up eating at the Indian casino, but not at the buffet like we were thinking because that was $30 a head and we are cheap.

After lunch we went and walked around the old part of Jackson and looked in the antique stores but it was over 100 out and so hot going in and out of the stores. I was glad when we got home and could just hold still with the AC on!

Beautiful wedding!! I love her dress!!! Thanks for checking on me...little split with the BF so I needed some sad break time...I'm back and stronger. Hugs!