Wayyy back in May Melissa went to the Prom. She had picked a dress off of Amazon, which I thought was a bit scary but it turned out beautiful! The people were really nice and shipped it faster than the first estimated date. They also asked for her measurements which was great! I actually had a mini night mare that the dress came on the day of the prom and it was too small. Lucky for us that didn't come true!


On the way to get Melissa's hair and make up done my mom sent me a text that she was on her way to the ER because she didn't feel well. So while I was hanging out while Melissa was getting beautiful I was stressing out about my mom. 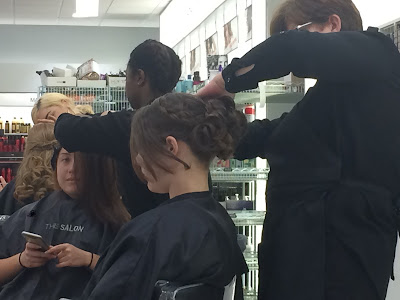 I thought originally that we were going to Melissa's friend's boyfriends house to get dressed but at the last minute they said we weren't doing that and to just get dressed at Ulta when she was done. I was like uhhh ok.. Could have set something else up if I would have know that was the case, but it worked out ok. 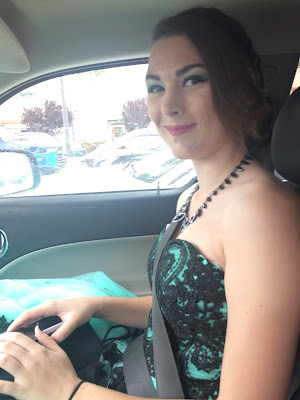 We went straight from Ulta to a park that someone had picked out for pictures. Not sure why they picked this particular park since it didn't seem to be that well maintained and there wasn't any pretty flowers around. I actually picked up some trash while we were waiting for the rest of the kids to get there.


Jess came to see her sister real quick on her way to work. 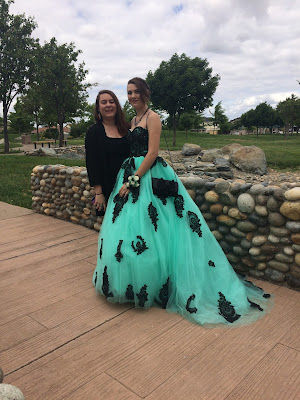 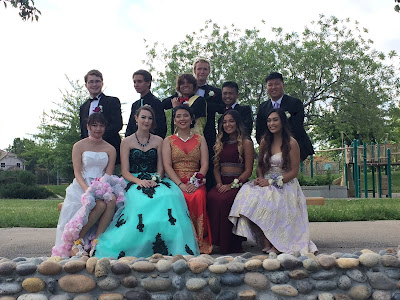 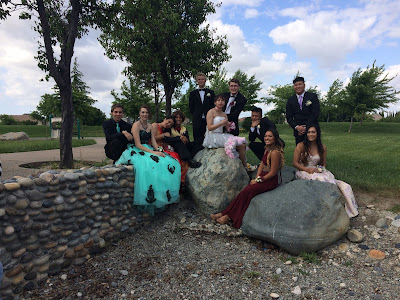 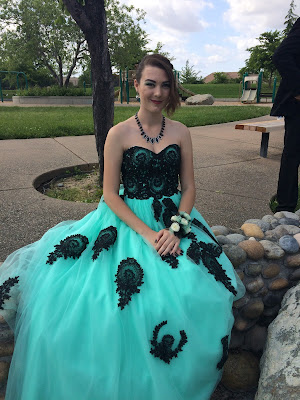 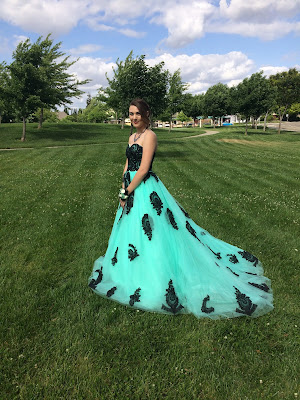 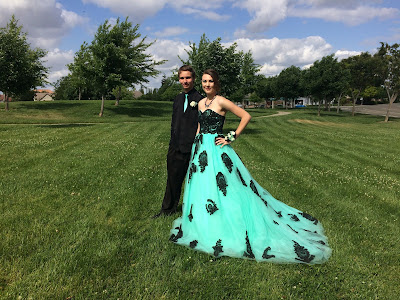 The girl on the left had her corsage made form artificial flowers, isn't it beautiful? 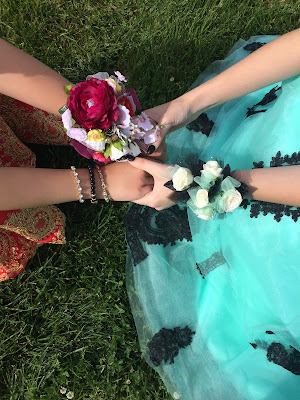 Fun picture of the boys 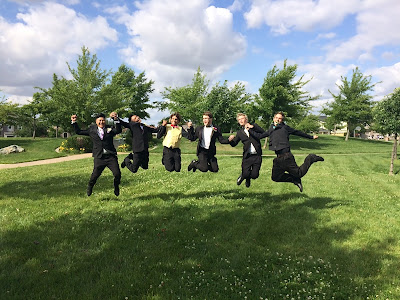 and then the frumpy mom picture. For some reason I thought I'd be going home at some point before we got here haha 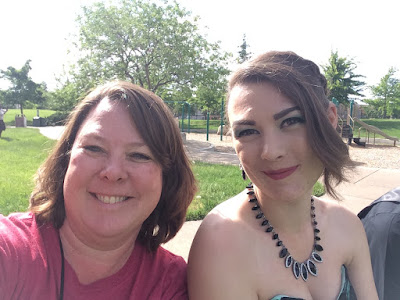 After pictures the kids got dropped off at the high school where they were loaded into busses that took them to Oakland (me OAKLAND?? Why there it's scary there..) where they probably didn't do much dancing. It sounded like the highlight of the night was the chocolate fountain ;)

Right after I dropped them off I went to the hospital to be with my mom. She had went for a walk and when she got back she had tingling in her head, down her face, arm and leg. They diagnosed her as having a TIA but all the tests they did didn't show any damage or reasons to have a stroke in the first place. She is convinced that it was caused by being on Cipro. She's fine now but that sure was scary!