It's a good thing this is only a three day work week because it looks like it's going to be a stressful one! Things used to go a b c for the end of the year contracts and now they've changed them up to no more a b should be f and where did c go? I don't know I'm so confused and my boss is gone on a family emergency. So someone else is covering our office, but not IN our office. It's like the blind leading the confused around here. I almost thought about staying late but then decided my brain was on overload so I should just go home.

Living it up here. Also I probably should have taken this meat out of the freezer this morning if I wanted to cook it tonight.

At least I had an enjoyable weekend. I spent two braless days (this is becoming a thing!) sewing.  I finished sewing up a ton of Christmas wine gift bags for the craft show I'm doing this weekend. I hope they sell! If not they will be getting cheaper throughout the weekend haha. I got a great deal on the fabric so they are mostly just paying for my time, which I should charge MORE for but we all know how that goes with handmade things. 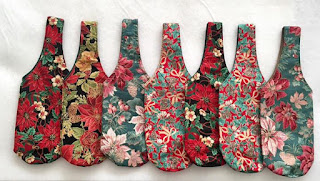 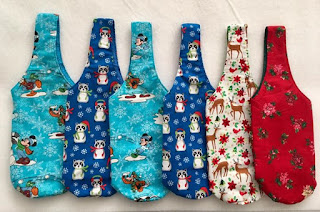 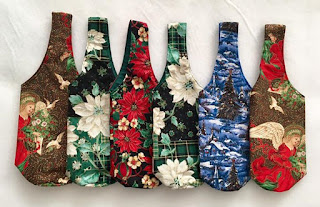 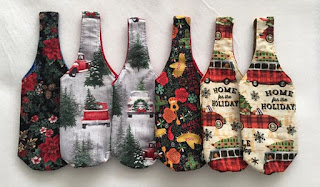 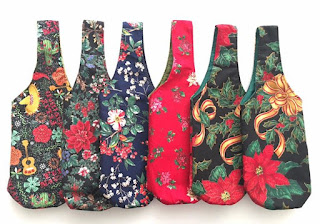 Now I'm back onto Mug Cozies, although I should probably take some time out and clean my house a bit. BUT I'm sure the mess will still be here later right?

Oh and some other good news! Melissa started her first job last week. (Now I'm wondering if I said that already..) She got a job working at the same place Jess works at. She starting off as a busser but I'm hoping it won't be too long until she can be a server too and make some nice tips. Jess is a server now and seems to like it on most days.

People are all talking about getting ready for Thanksgiving. I'm just cooking an extra turkey to take to my brother's house (will probably cut it up and throw it in the crock pot & roasting pan after it's cooked). I still have to get "cauliflower" which I'm always wondering why in the world do we have to have cauliflower for Thanksgiving every year. It's just taking up space on the plate. Also rolls, which since have like 20 people I'm going to attempt to pick up at Costco tomorrow, say a little prayer for me.

Oh and I came back to add, I finished watching all of The Fosters on Netflix. I watched the newest version of Beauty and The Beast (kind of) and then tried out Californication. I'm a little embarrassed to say I'm still watching that one. Definitely on the DO NOT WATCH WITH KIDS AROUND list. Like, I have to pause it just so the teenager can't hear what they are saying let alone what they are doing every time he walks into my room. Naughty entertainment lol.

I watched Californication for about 2 or 3 years and then got bored with these people.
When I said that to Rick he laughed and said, "they aren't real" Why yes, I know that but the characters can still bug you, or is just me?

Cauliflower at thanksgiving huh? That is a new one to me. We had that lousy green bean casserole that everyone loves and a carrot casserole that I preferred. Last year I made Brussels sprouts with bacon with a balsamic glaze. Everyone said that isn't for thanksgiving but guess what went first? :-)