Sunday was my sister in law Maegen's baby shower. I will have a new little nephew the end of August!  I hardly took any pictures because I was too busy talking!

My step dad's cousin and her daughter came to the shower. I haven't seen cousin Teresa in years. Her daughter's name is Julie (she's a twin and I just remember them as  Julie & Gayle growing up). She is about 10 years older than me but of course when I was a kid she was like way older so I never really talked to her before. Teresa is Aunt Anna's daughter. She had moved in with her back when I was still visiting Grandma Susie. Now her daughter Julie and her special needs son live there too.

Anyhow, Julie and I had a great time chatting it up but they had to leave after awhile since she didn't like leaving her boy at home. Also we were moved outside and it was HOT out there.

They got a "taco truck" apparently they set up outside without the truck. Pretty yummy though. 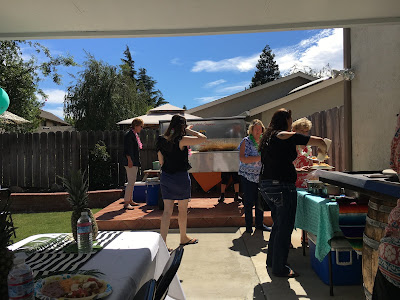 They played a game where you have to drink the liquid out of the baby bottle. I didn't play since that was a bit out of my comfort zone lol. No one ever did empty the bottle since the nipple had such a tiny hole lol. 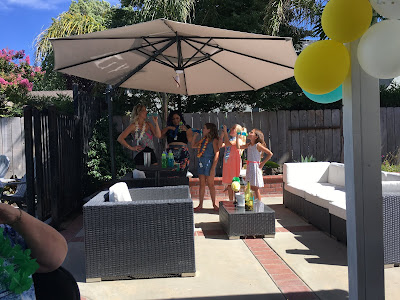 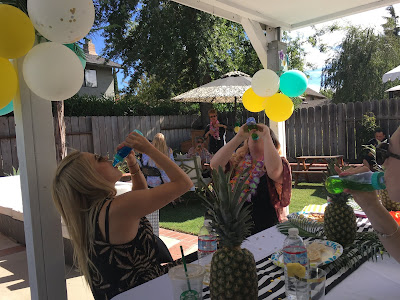 This was the bigger gift I got then a couple little matching separate clothes pieces. I thought this was cute since it would last more than a few months. I know they won't have any more kids so everything will just get given away after this. 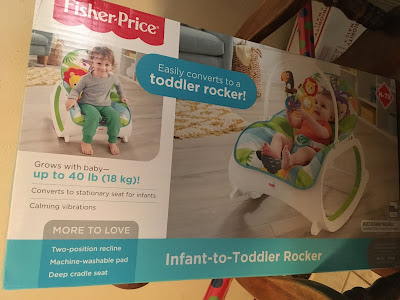 My only niece that wants to play with me lol. Fancy had her hair done and cute little bows. She's a maltipoo and oh so cute. 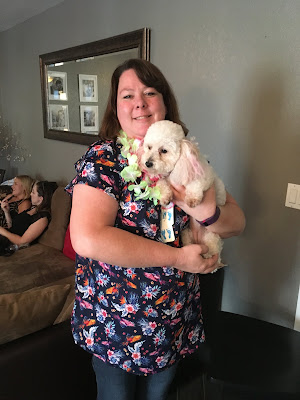 Sister in law with all her gifts. 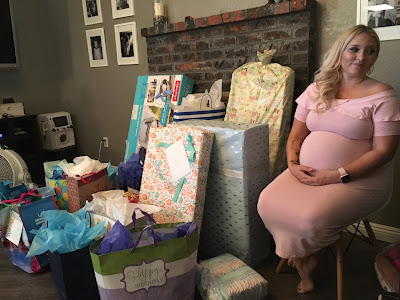 and that's all the pics I took! I think they are naming the baby Joseph after my brother but with a different middle name. We'll see! Won't be too long before he will be here.

***I'm not getting many emails with the comments, what the heck! Is it just cool to reply on the blog? Not sure how to get that "reply" option to show up after the comments.***

I am cracking up about the taco truck without the truck!!! You SIL is so cute and so is that puppy!!!! Looks like a fun time with family! Congrats on the soon to be new niece!!! :-)