Ok quick blog post before I go to bed. I went to bingo and had to bring my own "beverage" because the bar is closed. Club drama 101! Something about the bar tender getting in a fight with someone in the bar (verbally) so she got told no work for 2 days without pay. Which I think is really freaking stupid since she could totally sue the club for not getting coverage for lunch breaks (the last bar tender did that and won and they didn't fix the problem).

So anyways, had to cook dinner and bring my own beverage to bingo haha. Saved me money in the long run! 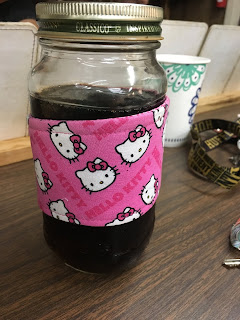 I thought bout skipping bingo tonight but Melissa and Eric were coming so I went to see them. I haven't seen Melissa since last week. I hinted again today about maybe just moving in with him since we need a room. She says there is not enough room for her stuff :(

Saw this today, thought it was funny but I'd totally eat a bunch of shit after I finished that bottle of wine. I always want snacks after I've been drinking lol. 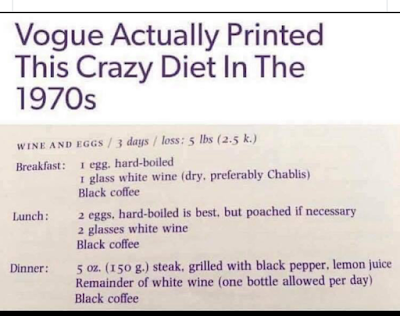 I was a bad girl today and went to the thrift store. I KNOW! I keep talking about clearing things out but I couldn't resist these bags of fabrics! $5 for that whole bag (x3) and then they were on sale for 25% off. Practically free lol. I can totally use the character prints for key fobs and make my money back with one little key chain. They are currently still sitting out in the car since I didn't have time to sort through them yet. I also got 2 cross stitch pictures. I'll have to take pics of them tomorrow. 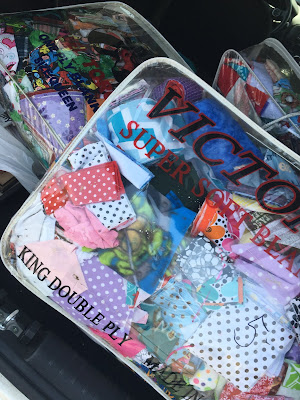 Another funny I saw today. The post said it's was in the SF Bay. 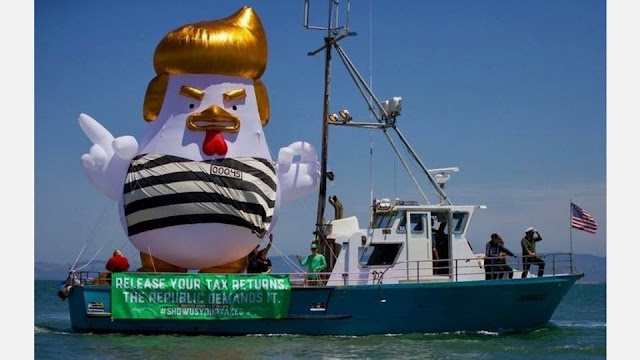 What do you think about his lawyer taking the plea bargain? Think he'll eventually be charged with something? Just amazes me what Clinton went through but this guy is like eh, happened years ago lol. So disgusting. His wife must be so embarrassed.

Work was super boring again today. The other department has a new girl who is not really getting trained very well. The gal I call "Berkeley Mom" is training her (rudely most of the time). I feel bad for the girl but OMG. Every time this pops up I want to just run away. Today I was like no, you're wrong you don't need anything else and "that's your department's stuff, ask someone on your side". I know, so grouchy but ugh. I can't fix anything for her. 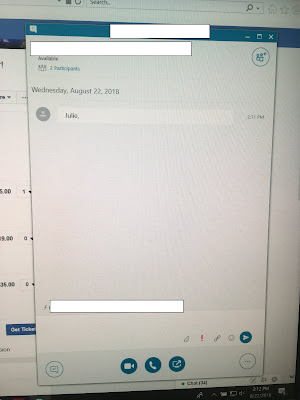 Ok time for some kitty snuggles. Here is Buster last night. I've been watching Netflix on my laptop instead of my Kindle and I keep having to try and keep him off of it. He just gave up and laid on my arm last night lol. He's currently yelling at me that it's time for bed. 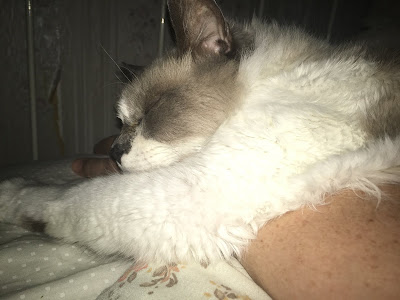 I hate messenger...I have the same sense of dread when a screen pops up - UGH!!! Did you win anything at Bingo??!??!?! My favorite part of this whole post is the kitty snuggles....soooo adorable!!!! Have a great day of hopefully not being bothered!!

Whatever was in that jar looks awful Julie. I hope it packed a kick :-)

Don't get me started how this slime ball gets away with everything.