Yesterday I turned this pile of scraps into some blocks 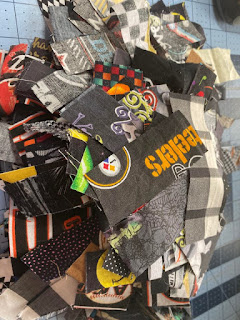 I'm almost done, I just have the pieces that weren't quite a square to sew together. Thinking I might mix them with some yellow blocks. Or maybe combine some yellow and red? The yellow is really popping out. 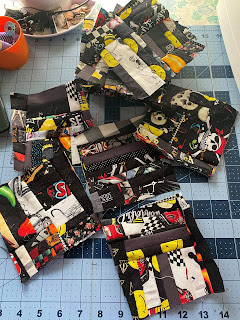 I've been babying Buster because he is so skinny now. So now he thinks he has to inspect everything I have to eat or drink. Trevor and I have been on a fruit smoothie kick again. This one I used frozen mixed berries which I now remember I don't like because of all the seeds. 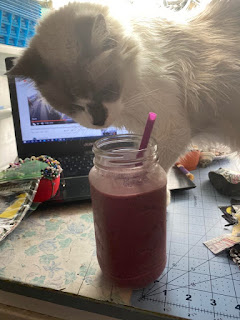 Tubby thinks she has to be the bathroom helper. She runs in the bathroom and sits just far enough away that I can't reach her. Sits there all cute taunting me. 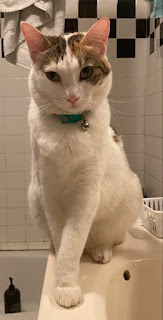 I started off today with a bunch of work to do in my email but I did it all as far as I can until someone else does something.

Last night I was watching some comedy on You Tube. Sarah McMillican is hilarious but oh so dirty!