Good morning Happy FriYeah!
I'm going to finish up my Reno trip and then tack on the rest of my post :)
Monday morning we got up and tried to find this biscuit place someone had posted on Facebook. Scott loves biscuits and gravy so I was like "that's right up his alley". We went down the street twice and could NOT find the place. Of course everything is like one way there so after the second time and Scott gets all flustered when he can't find things I just gave up. We went over to the main three casinos that are on the main drag and ended up eating at the cafe there. We were going to do the buffet but that was still closed. I got Huevos Rancheros which was good but spicy. Also probably should have ordered a side of bread.  After breakfast we hung out in the casino downstairs. I made about 4 treks back up to use the bathroom so that sat well haha.  Eventually we decided we wanted to have some drinks so we went back to our casino so we wouldn't have to drive. We got some frozen alcohol drinks (I got a mudslide) and hung out in the casino until dinner time. We got Round Table and took it up to our room. That night was the only time I got mad the whole trip because I can't sleep with the tv on and someone else usually sleeps in the recliner for half the night with it on. I got up and turned it off and he was instantly awake and was "going to watch something".  Of course then I was wide awake until after one when he finally turned it off. 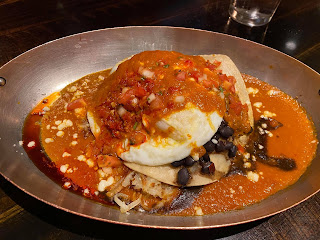 Tuesday! Going home day!  We tried one more time to find the biscuit place! We found it! It is on the side street but the address is for the main street. Pine State Biscuits 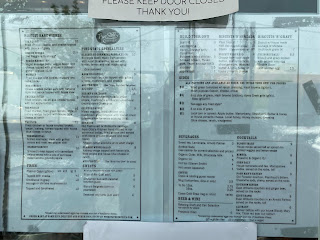 Talk about dumb. I'm not even sure exactly what we ordered but here is what I got haha. It was SO HOT in the restaurant I had to leave as soon as I got done eating. In hindsight we should have sat outside but I'm used to it being 105 outside so I don't ever think of that as an option. 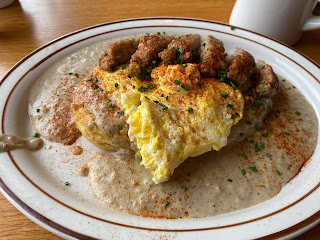 After breakfast we went to the Mill End fabric place again. Well again for me, Scott had never been there before. 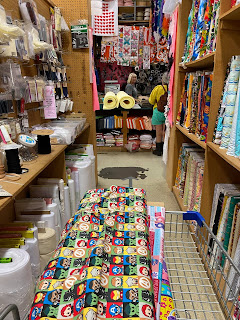 I only got a few things since they don't have that much character & holiday fabric and that is mostly what I like to buy. I have tons of solids/non character stuff already. I asked if they did any kind of like grab bags/remnants from the upholstery fabrics and she said they just had some smaller cuts by the front door. They were still too big for what I would want to buy though. 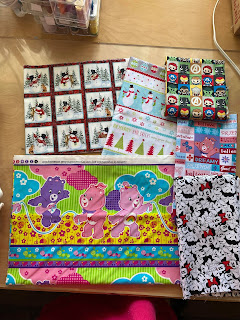 When we left the biscuit place we saw a sign for the Automobile Museum so we decided to go back and check that out. That was a lot of fun! We spent hours in there.
Can you imagine sitting in this contraption while it is moving? 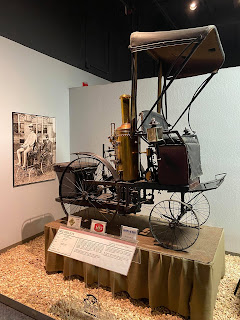 I thought this was cool, it is the car they used in the beginning of the Titanic movie. 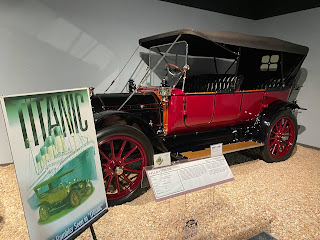 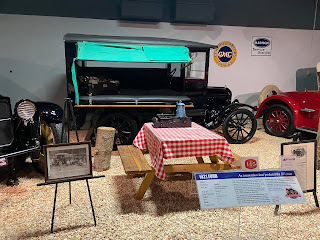 They had a bunch of old dresses and clothing items scattered in too. They were fun to read about. 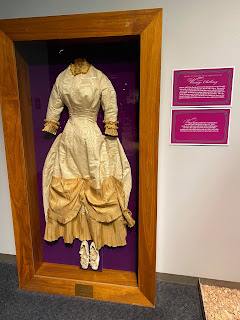 I got the baby a shirt. It's a little big but then he can wear it for awhile ;) 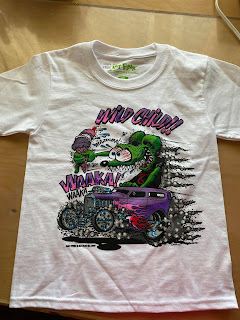 After that we went to the Peppermill and made a deposit. When we were leaving we could finally see the sky. I told Scott to drive so I could relax on the way home. 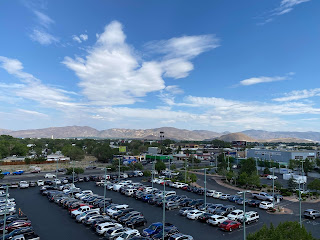 Yesterday I made some masks! 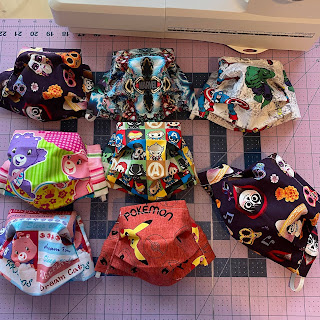 and now I have an order for two more masks to make. Funny how that works ;) 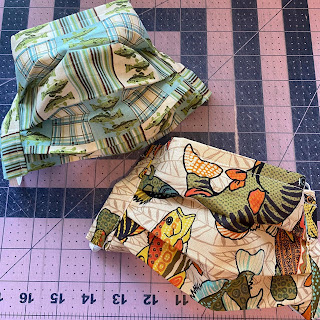 For dinner last night I made this Crispy Buffalo Spiced Chicken. I need to remember to look for some recipes that aren't spicy. For some reason I end up with a lot of those. It was good just wish the piece of chicken would have been a bit bigger! The dogs got the leftover carrots and potatoes, they were happy haha. 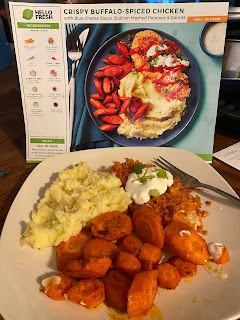 Ok off to do some work. This has taken me forever to finish with emails & phone calls today. Hope you all have a great weekend!
Pin It
Posted by Julie H at 10:08 AM