Happy Saturday! Trevor has a PlayStation 4 now so I guess I can have my computer back! Yesterday I had to restart it since it was so slow. Who knows how long it had been since he did that.
I slept in yesterday and then Melissa came over and we went to lunch at La Villa. There's actually meat under all that stuff in my taco lol. My Uncle Earl was at the restaurant so I got to talk to him a bit. I should have have taken a picture. I haven't seen him in years. 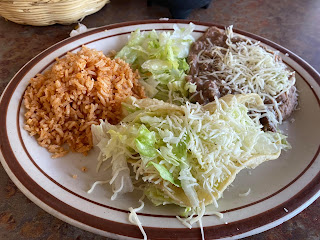 After lunch we went to the mall. We went in Target but they have closed off the access to the mall from their store. So weird. I got a booster seat for the baby for my house and a tricycle for his birthday that has a handle for mom to push (that comes off later when they can do it themselves).
Then we went and got our chair massages. There was just a woman there to do ours and it was ok but not as good as they usually are. My neck is still messed up. Might have to go to the other mall next week lol. After our massage we walked around the mall to "see what was left".
We went in the furniture store where I bought my couches. There is a double recliner love seat looking thing that I am thinking about getting. There were a couple of cute things we could use for an entertainment center too. They are kind of expensive though. 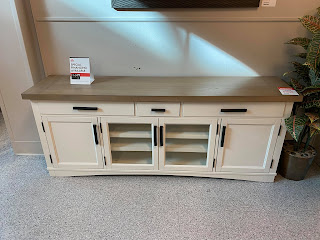 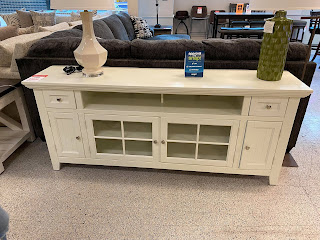 Here is the view towards Target. This is about the only area I used to really go through at the mall. I'd park by Target or JC Penny's and then go to the massage place. Penny's is gone now too. They just put a Hobby Lobby in there but you can't get to it from inside the mall. 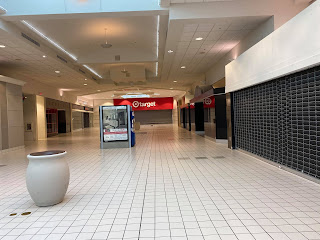 The other end of the mall is about the same.
When we got done in the mall we went in Hobby Lobby and I got two pieces of fabric, a little Christmas craft for the kids that I'll probably forget where I put it by Christmas and a mug for Jess. They don't have a very big sewing section but they had ok prices on the bit they did have. I don't really like Hobby Lobby since I don't think your employer should be able to have a say in what medications you want to use so if I shop there it won't be on the regular ;)
After shopping we got home just in time to go to darts. Scott was trying to get home in time so Melissa came and hung out just in case we needed to start without him. He got there just a few minutes late and everyone was chill about waiting so that was nice. Our team didn't win but I actually won one game! That was super exciting! The dart went where I wanted it to go haha.
Ok today's plan is to finish up the make up bags I was working on then start cleaning up/packing up my stuff for the Lodi Street Faire tomorrow! I have to have all my stuff in my booth space by 7 so I will have to leave pretty early in the morning. My mom is going with me so I need to text her her pick up time. Going to load the car up today so I'll just have to get in and go tomorrow.  I should probably go get a car wash too or maybe I can get one of the guys to do it for me. My car is really gross from sitting so much.
Ok off to put on some shorts and be a bit productive!
Pin It
Posted by Julie H at 10:21 AM