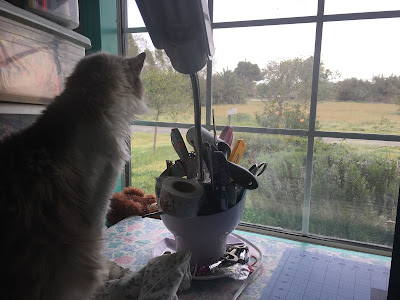 I'd say happy Saturday but we started our morning by Scott's sister calling to have him come take are of his mom. He is there now. Apparently she's in so much pain she can't get out of bed. After much deliberation he's started by having her actually take the pain pills I got her last week to see if that eases the pain a bit. She has muscle relaxers too but can't swallow them because they are too big (they are not, I saw them..) I suggested he cut them in half. She doesn't want to go in the ambulance to the ER because it hurts her back too much and I don't know how else we'd get her there. Scott took my car so I'm stuck here just thinking of things.

Jess & her boyfriend drove to my mom's cabin last night/early this morning (mom's not there) to have a change of scenery from the small trailer they are living in. Of course now it's going to rain all weekend. It just went to nice and bright to overcast in the last 10 minutes.

Yesterday I worked on listing a bunch of old (mostly) knitting leaflets and stuff I had. Most of them are from the big box I had bought at the flea market. Some are really old and fun to look at. 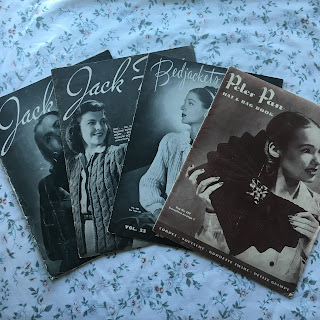 ]
Aren't the drawings so cute? 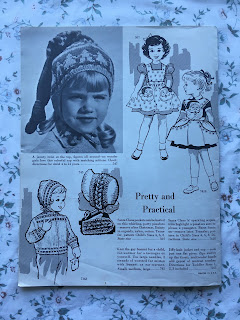 I think these windows in here have a blue tint to them. I'm having a hard time with my pictures lately. I'm going to have to take stuff into my bedroom I think. That seems to be the best lighting in the hosue during the day. I usually use white foam board under the items but all my boards are wrinkly now or have holes in them and stuff.

I finally counted out 100 of my empty thread spools and put them in my Etsy show. We'll see if anyone buys them to repurpose. Might put them on Ebay too, people buy all kinds of weird things on there. 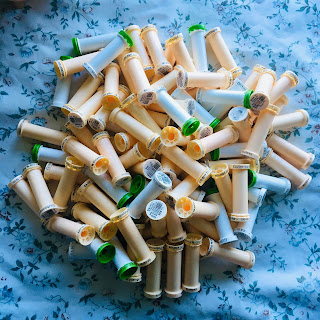 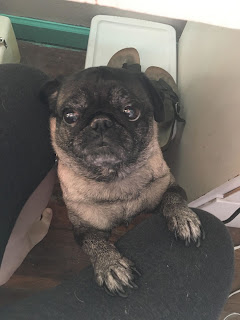 For dinner last night I made some spaghetti or pasta you might call it. Nothing exciting.  I was going to make some cornbread but we didn't have any milk. So it was some home made bread instead. 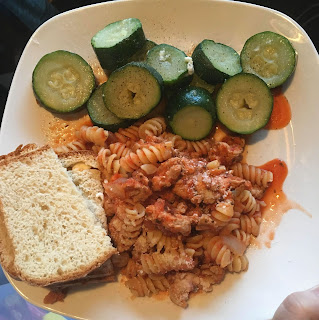 I finished off the last of that this morning for some cinnamon toast :)

Well I guess I'll work on finishing these pink bags! I'm to the point of pulling out the sewing machine finally. After that I think I might go into the world of masks since now they want everyone to wear them when they go out in public. My cousin messaged me and was like "I'll wash it if there is cat hair" lol. Even Etsy is like if you can make masks now is the time.
Pin It
Posted by Julie H at 10:17 AM