So excited to not have to work tomorrow. Also no big Easter party so I don't have to kill myself cleaning and doing yard work. (kind of glad about that part)

Looked through my phone to see what I have to share from yesterday. My cats are so hyper in the morning Buster was all like ooo I love you all day yesterday. He must be feeling peppy because he even came into the bathroom for his drink out of the faucet and he hasn't done that in awhile. 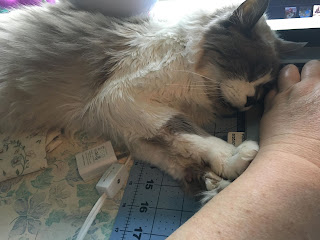 Ahhh Tubby! On the highest point in the room. Knocking shit over and making a mess. 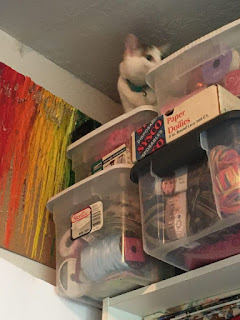 So I tried out Instacart yesterday. Other than them saying it was delivered about an hour before it was ACTUALLY delivered it was awesome.

Here is my store receipt 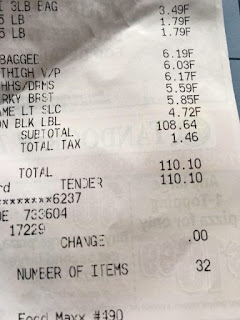 and how much I actually paid 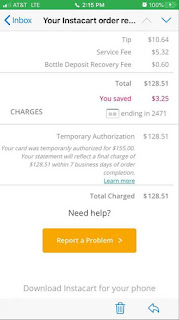 I may never shop in the grocery store again. My parents even downloaded the app.

The IT guy kept insisting that I needed to upload this new software for my work laptop. I'm like I'm working from home during a pandemic doesn't seem like a good time for this?? Ohhh it will only take 20 minutes he says. So I started it at 3:30pm yesteray. It is now 7:41 and my email doesn't work and it still says its installing.  I got past the screen below after restarting since it wouldn't take my security card thing. 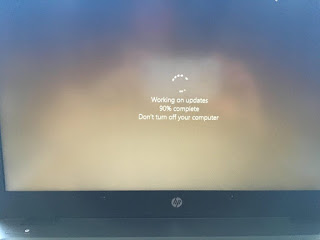 I had put Tubby's cookie bucket on my desk and found her curled up in it. She loves this silly bucket lol 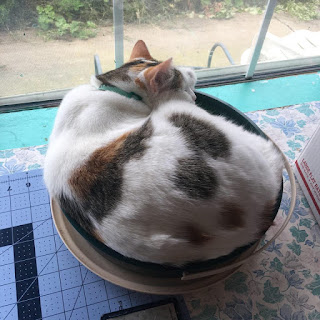 So after work I was just getting ready to start sewing masks when Scott asked if I could come to town and meet him at his moms so he could take her to the ER. She's been in pain like 2 weeks now so it was time. We finally got her up and out of bed (seriously like 10 minutes for that to happen) and loaded up in the car. We pulled up to the ER and Scott went in to their make shift check in desk and then someone came out with a wheel chair. Then they wheeled her in and we left because no one can go in with them. We called a couple time and 2 hours after she was there she was STILL in the lobby waiting. We had went back to the house to be with his sister. Eventually I was like I'm going home but I took her cell phone to the hospital so she could at least call us if she wanted to be picked up.

Finally at 4:30 am she called that they were discharging her. She said they never told her what was wrong with her just sending her home. An RN wheeled her out so I quizzed him. He said nothing was conclusive but she might have a UTI. All they gave her while she was there was Tylenol and an IV. She has a prescription for some antibiotics and Tylenol (why do they even bother with that). Hopefully the meds will make her feel better. Scott is waiting for the pharmacy to open so he can go get the meds and then go to work (maybe?).

So Happy Friday! Lets hope she starts feeling better over the weekend and this software updates some time soon!