Good morning happy Saturday! I started my day by going to the Membership meeting. One of the sponsors for the girl didn't show up which was disappointing for her. Why do people commit to something and then flake, so rude. So we just had the one this month so that was over fairly quickly. Having some coffee then I think I'll sew for a bit but give myself a cut off time lol. Need to repack my booth stuff for tomorrow and load the car up before I go to bed. Have to get my tables from out of the shed and I think some of my stuff ended up in the garage.
Yesterday I came home from work to this mess. Tina decided to go shopping in a bin of fabric. She had some out in the living room even. She's such a weird cat. 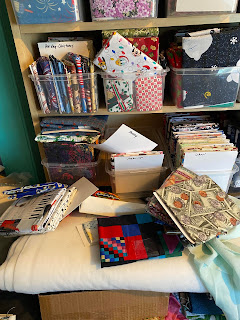 Chevron around here is insane. I paid $5.69 down the road which is also insane but more like everyone else. Like who even stops here? Must just be people with company cards. 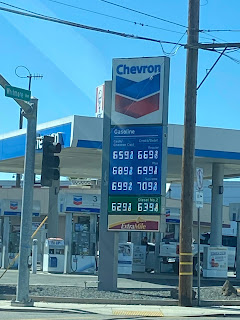 Went to darts after work and actually won a game! Our team won 5 out of 7 so that was nice! Afterwards I hung out and played a couple games for fun with like 8 people that were hanging out. Then I went over to help with miss crabby pants. She doesn't look mad here though. She likes to see herself in the phone. 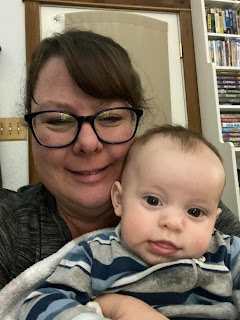 Hung out there for awhile and when I left the kids were both sleeping so hopefully Jess got a bit of a break and she didn't wake up 2 seconds after I left haha.
Well that's it for this morning! Probably won't post tomorrow unless it is super late since it's the big street faire. Wish me luck!
Pin It
Posted by Julie H at 10:16 AM