Good morning Happy Halloween! I was a post slacker this weekend so I have a long one!
Friday night we went to sushi for dinner. So yummy! We went to Baskin Robbins after and there was a guy laying with his head on a shopping cart right by the door. I wonder how many people tripped on him. Instead of 31 flavors of ice cream they had about 12 with 2 of their freezers empty. Daniel's sister was working though and she waited on us so at least that part was nice lol. 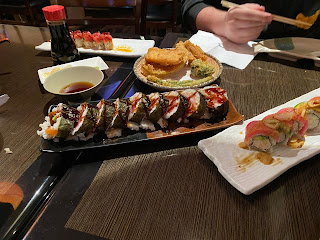 Saturday I worked on Star Wars bags, got these all done. I have a stack of ones that need piecing to work on still. 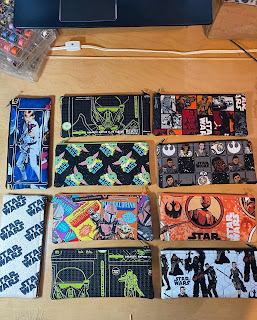 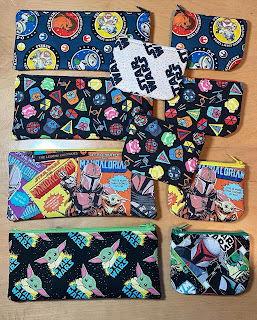 I ended up going down to the Halloween Party for a bit but mostly just hung out in the bar. I spent $1 on a water and everything else I had was bought for me. That was nice lol. Buttt I should have went home earlier since I had to get up early and load my car still! 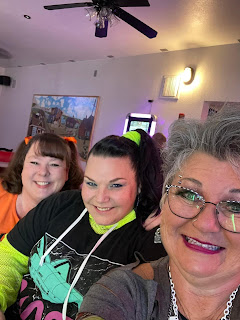 Sunday I was up early and got my car loaded with only a bit of unpacking/repacking to get it all in there. My mom came with me and we went to the event. I had to use my wagon to get everything in and it took several trips through a winding walkway with stuff stacked along the edges. What a work out!
They had tables inside, out front and then I was back in the courtyard 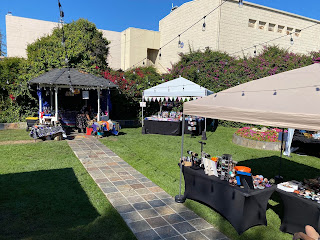 I just brought one of the spinner racks 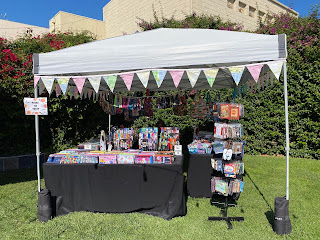 and put the cup cozies in the boxes on the table 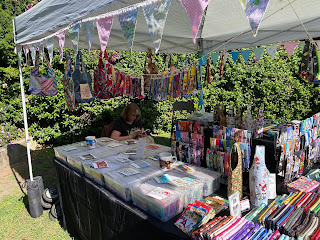 The set up worked out pretty good 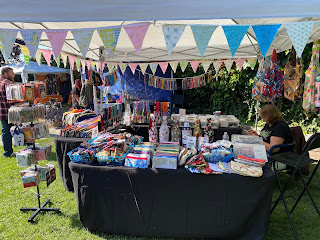 The girl next to me on the left had incense burning ALL day and it started bothering towards the end and I'm still a bit messed up today.  How does everything annoying always end up blowing into my booth lol. I messaged the gal in charge for the next event and asked if she could put me so I'm not downwind of incense at the next one and she said she can't control the wind but she has me out front next time lol. Like obviously you can't control the wind.. 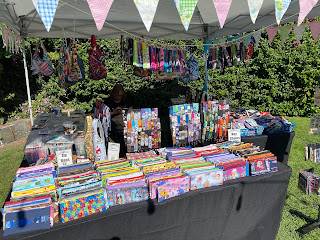 I sold some stuff but not as much as I would have liked to make it worth going since it was an hour away. Hopefully the next one will be better being out front and closer to Christmas.
They had a Lobster food truck there! I got us 3 shrimp tacos to share, they were yummy 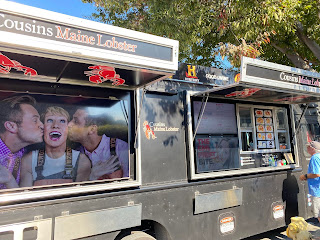 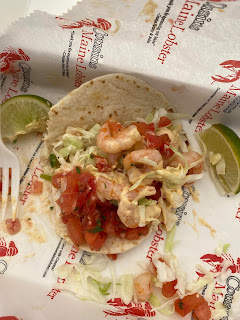 When we were packing up some guy out in the parking lot was yelling so loud. I was hoping someone wasn't going to get shot or something. The guy continued to be loud talking/yelling for at least half an hour, the whole time I was loading up. It took me three trip to the car with my wagon and the last one the security guard helped me hold boxes so I didn't have to go back a 4th time lol. I think I was the last one to get their stuff out of there. I am so sore this morning.
My mom wanted to stop at Jessica's work to have dinner. We didn't get there til 8 so we were the only ones there in the tiny place lol. I got a western burger and fries, yummy! I took 1/2 of it home for Trevor. 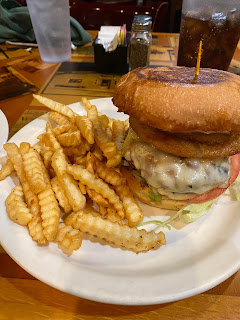 I was so exhausted when I got home I went right to bed. I should have taken some Motrin or something before that though since all night I woke up hurting a bit. Definitely out of shape!
I was debating leaving my stuff in the car until Saturday for my next show but I need a few things out of there so I'll probably bring it in.
AND tonight is Halloween! I just ordered some pizzas from Instacart lol. Need to clean up the house a bit. Have to get my vacuum back from Jessica since I still haven't taken her broken one back to Costco. Maybe I'll get that done this week.
Pin It
Posted by Julie H at 10:16 AM